Elegant in orange! Queen is joined by Prince Edward as she launches Commonwealth Games relay from Buckingham Palace – in first major engagement at her London residence since the start of the pandemic

The Queen today launched Commonwealth Games baton relay at Buckingham Palace today ahead of the event in Birmingham 2022.

The monarch, 95, donned an elegant orange coat with a matching hat featuring floral detailing for the event in the forecourt of her official London home this morning.

The Queen, who was joined by Prince Edward at the event, placed her message in the baton, before Paralympic gold medallist Kadeena Cox set off to carry the symbol on the first leg of its journey.

It marks the Queen’s first major engagement at Buckingham Palace since the pandemic began. 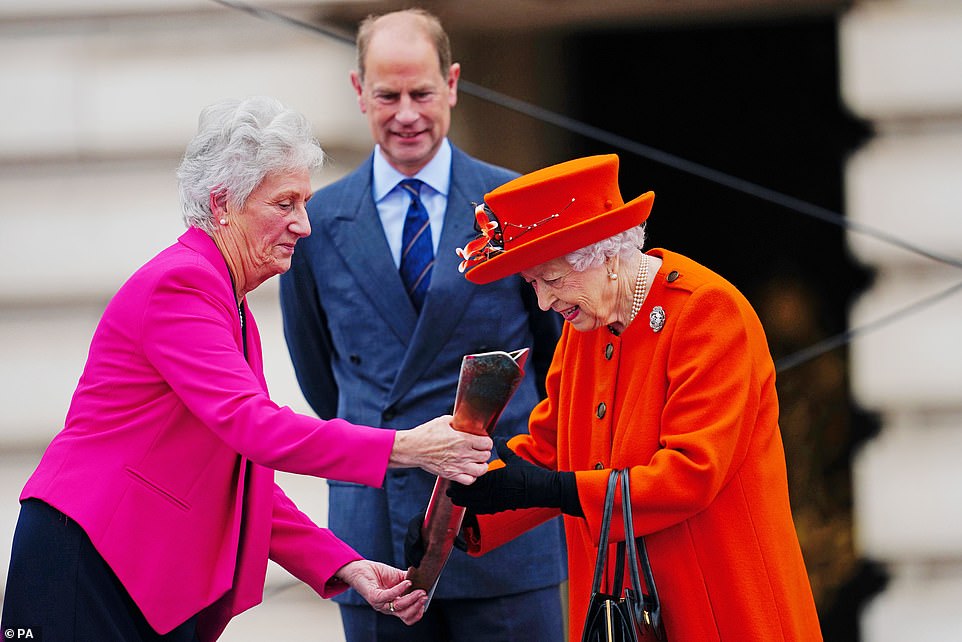 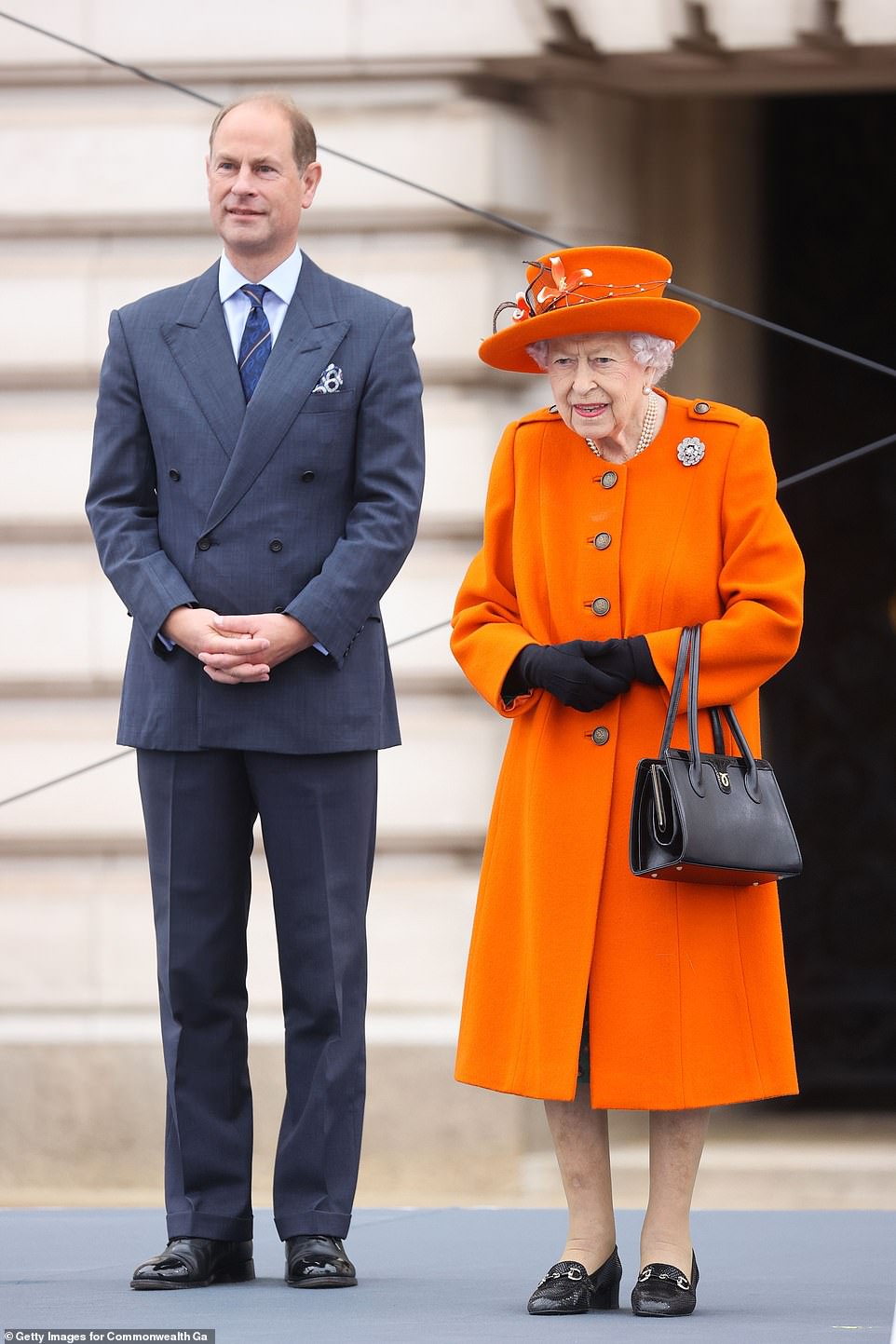 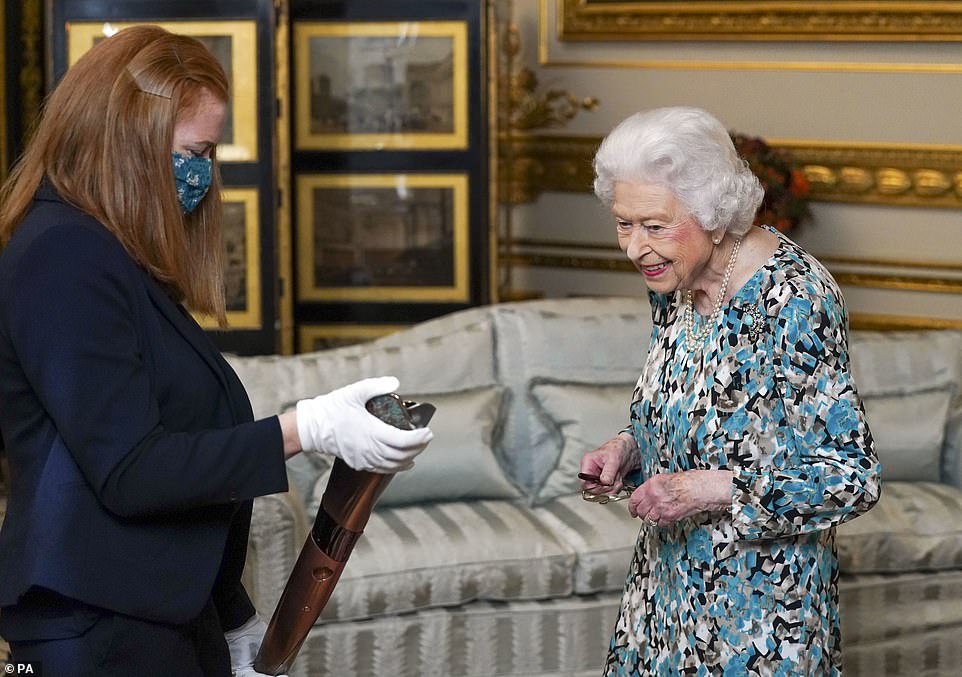 In photographs taken earlier this week, the Queen could be seen looking at the Birmingham 2022 Commonwealth Games Baton that will carry a message from her during a relay which starts at Buckingham Palace in London

The relay of 7,500 bearers will take the baton on a 90,000-mile journey to all 72 nations and territories of the Commonwealth over 294 days.

The monarch’s message will be automatically sealed in the ‘smart’ baton, enhanced with cutting-edge technology, and will be read at the opening ceremony of the Games in Birmingham on July 28 2022.

The Queen is patron of the Commonwealth Games Federation and was joined during the ceremony by the institution’s vice patron, the Earl of Wessex.

Representatives from the Commonwealth Games Federation, grassroots sports organisations from the West Midlands and athletes competing in the Games will attend. 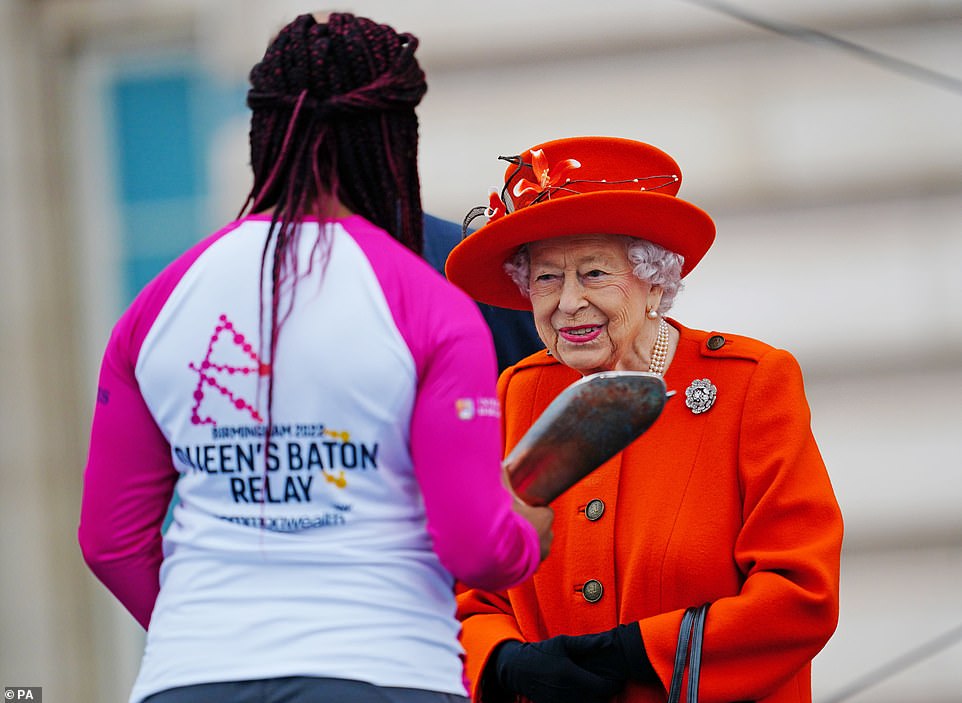 The monarch could be seen chatting to the first baton bearer, British parasport athlete Kadeena Cox, at the launch of the Queen’s Baton Relay for Birmingham 2022 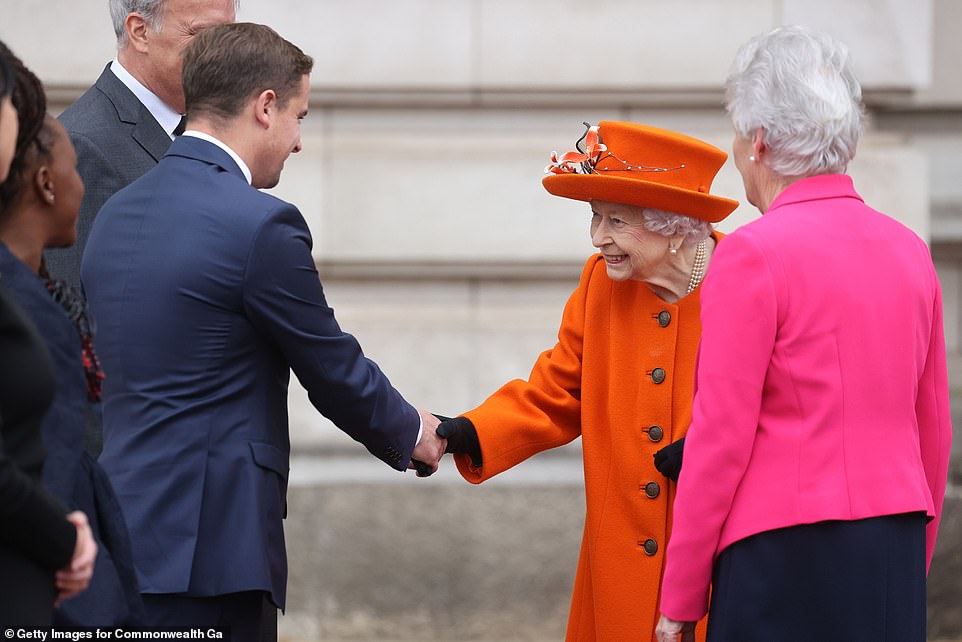 The Queen is patron of the Commonwealth Games Federation and was joined during the ceremony by the institution’s vice patron, the Earl of Wessex 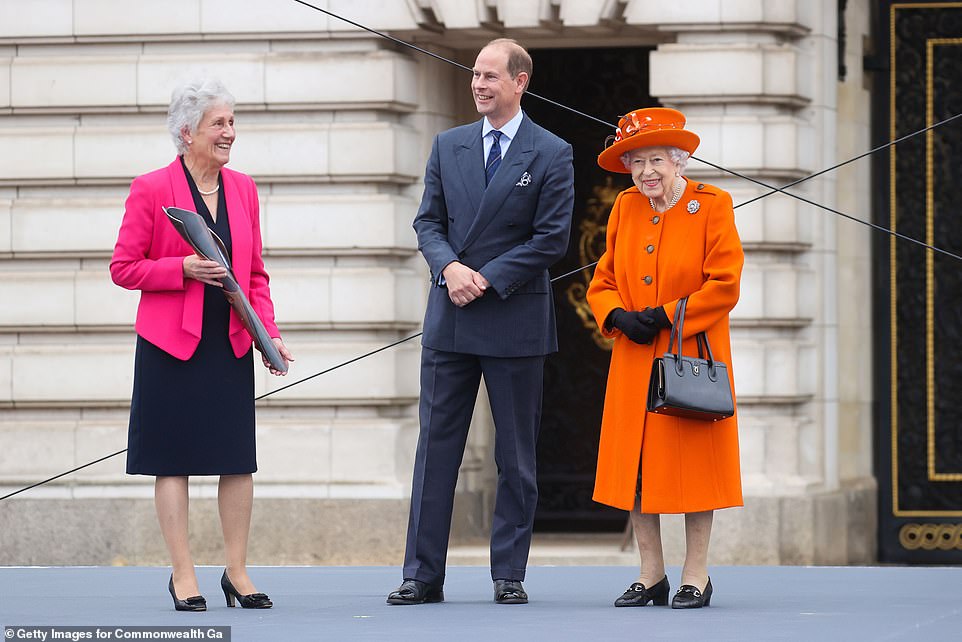 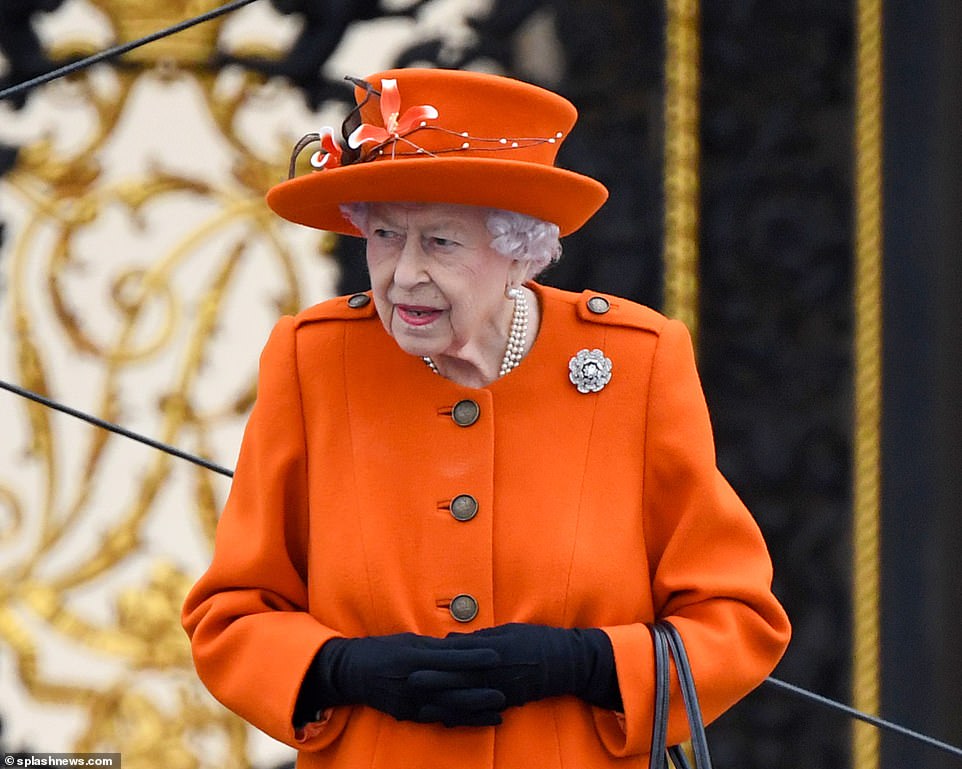 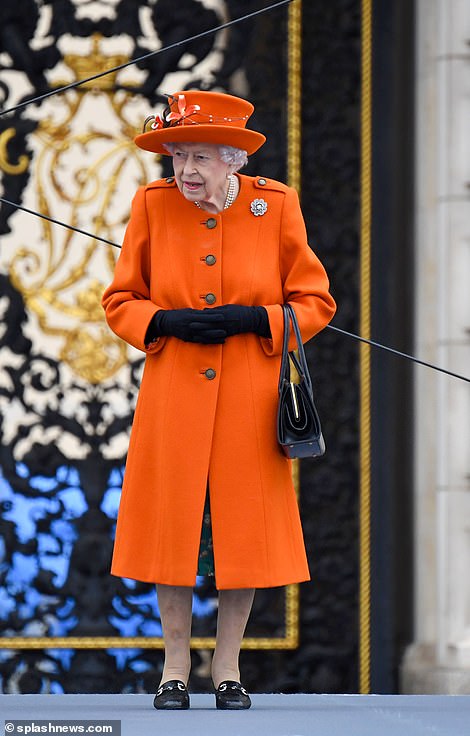 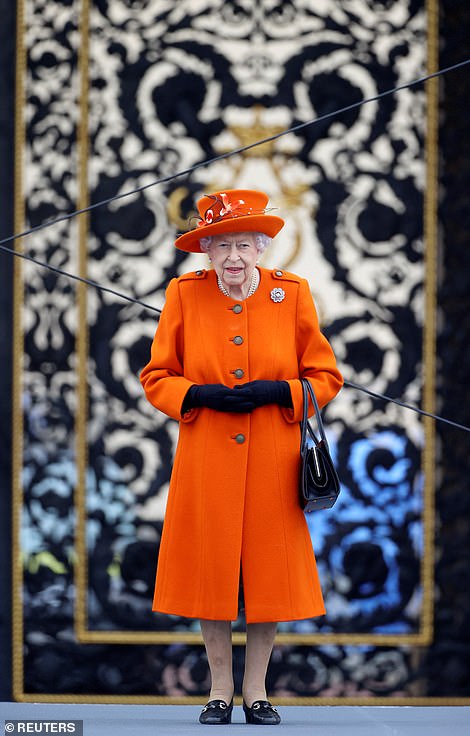 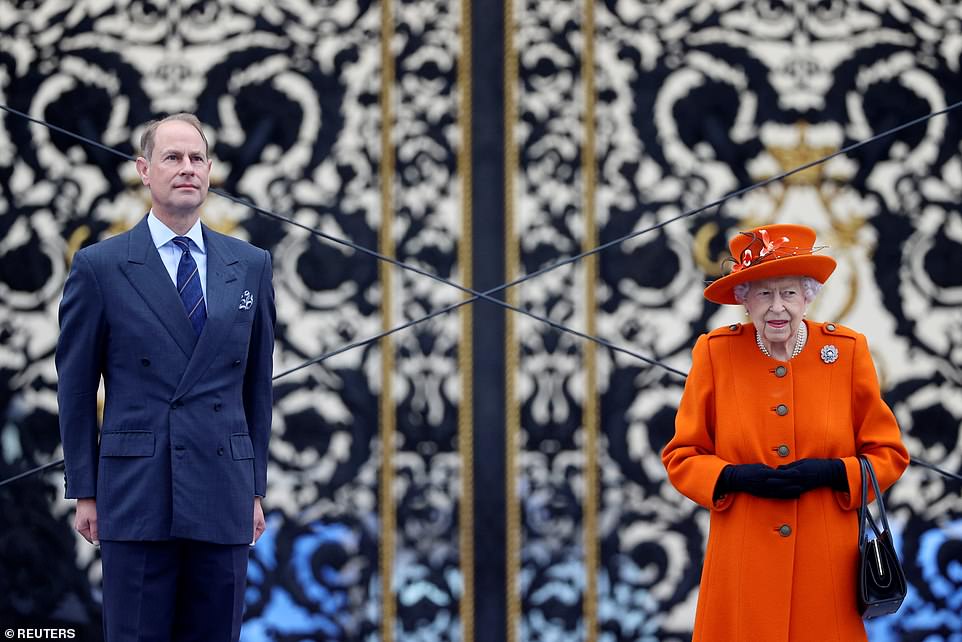 During the event, the Queen and Edward will meet the design team behind the baton described by its makers as the ‘first true smart baton’.

It features a 360-degree camera, a monitor that displays the heartbeats of bearers, LED lighting, GPS tracking and has ‘lungs’ – atmospheric sensors which use laser technology to analyse the environmental conditions wherever it is in the world – while its ‘brain’ will record and transmit imagery and digital information.

In photographs released today, the royal can be seen inspecting the baton after being presented with it at Windsor Castle on Monday.

It’s been a busy week for the Queen, who yesterday stepped out to meet members of the Royal Regiment of Canadian Artillery in her first appearance at Windsor Castle following her return to Balmoral.

Her Majesty was resplendent in blue as she chatted with members of the Canadian Armed Forces, who have been invited to serve as the Queen’s Guard in honour of the regiment’s 150th anniversary. 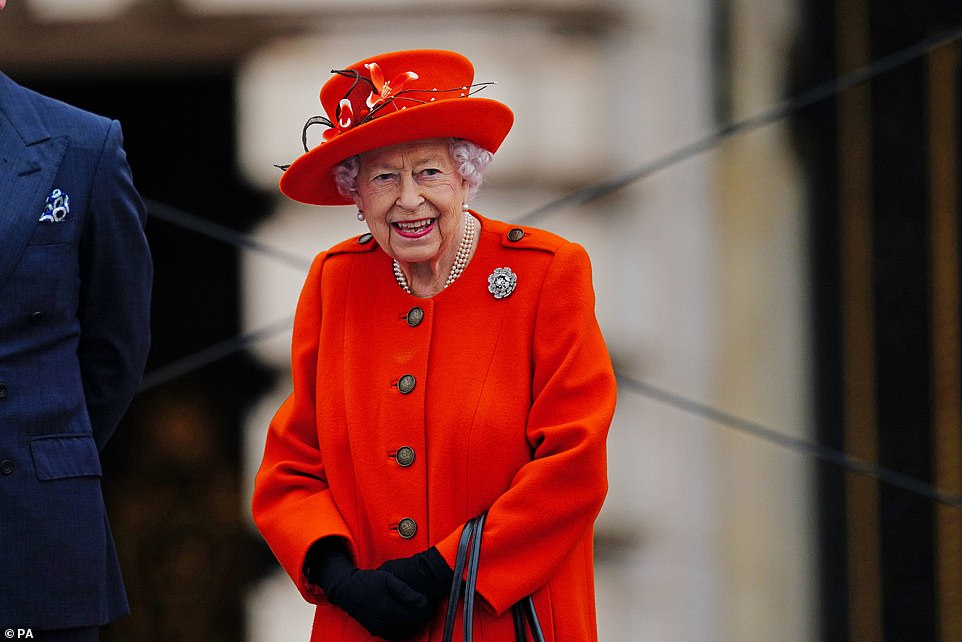 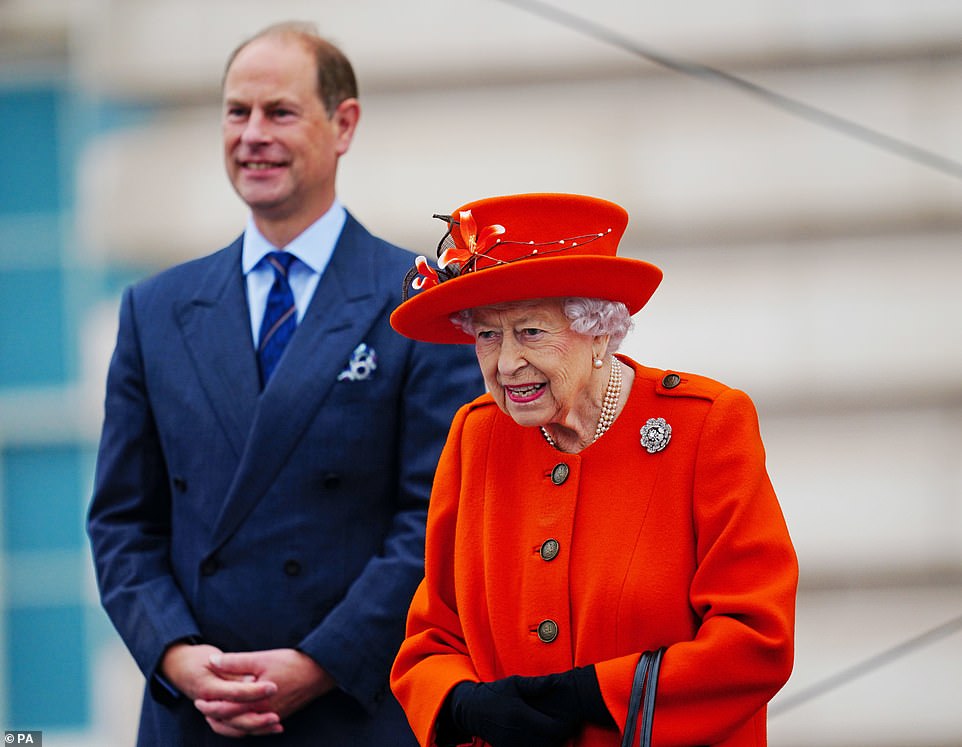 Beneath her vibrant orange coat, which featured brown buttons and military style detailing, the royal wore a green floral skirt

She donned the Canadian Maple Leaf Royal Brooch, which was initially gifted from her King George VI to his wife, Queen Elizabeth, for their state visit of Canada in 1939.

The monarch, who last week spoke publicly for the first time about her late husband Prince Philip’s death, appeared in good spirits as she spoke with soldiers at Windsor Castle.

It’s her first time being pictured at her Berkshire home, which she arrived at on Saturday following an extended stay at her Scottish estate following Prince Philip’s death.

And days earlier, she reminisced over the ‘many happy memories’ with the Duke of Edinburgh in ‘this wonderful country’ during her speech in Holyrood’s debating chamber on Saturday. 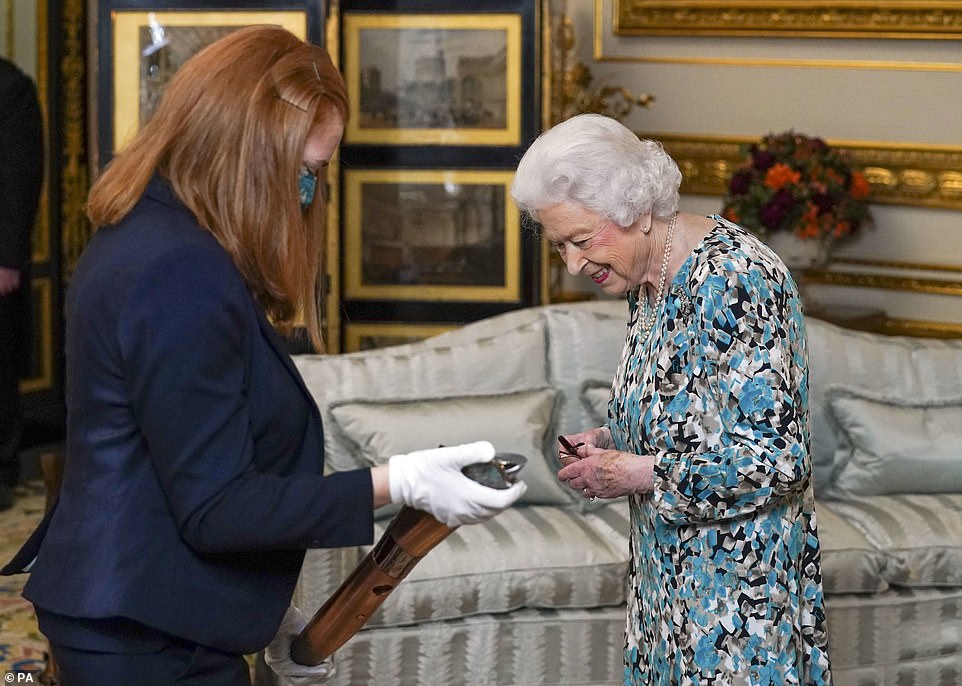 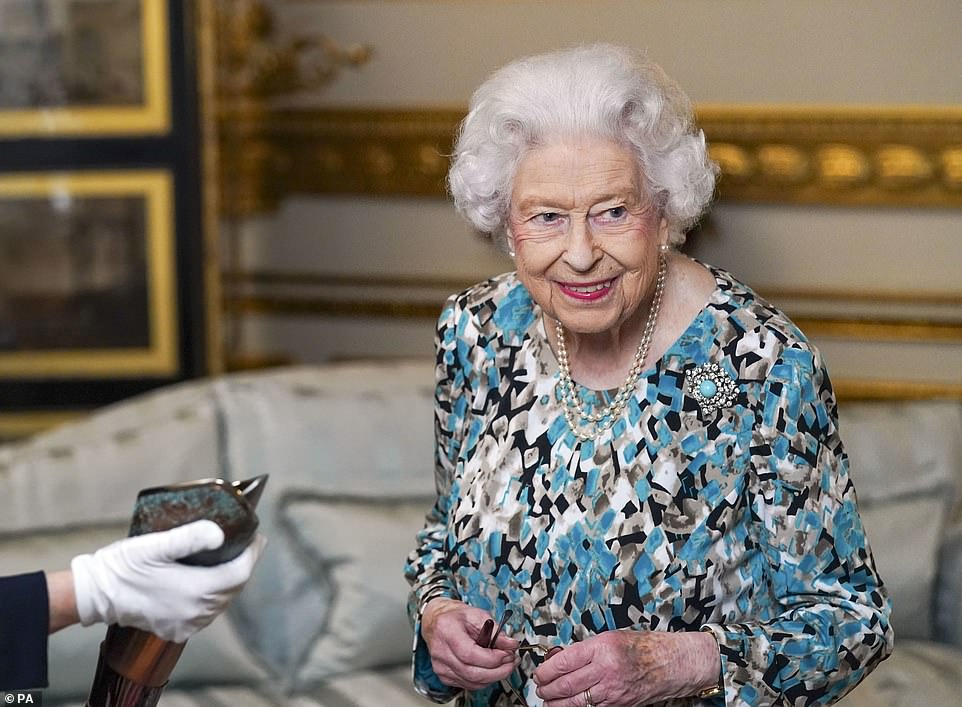 7,500 bearers take the baton on a 90,000-mile journey to all 72 nations and territories of the Commonwealth over 294 days (pictured, the Queen with the baton)