Elliot Page is hitting the red carpet in style.

At the 2021 Met Gala, the actor made his first red carpet appearance since coming out as transgender in December and his debut at the star-studded event.

He sported a black Balenciaga suit for the occasion, accessorizing with a green rose pinned to his lapel.

Following in the Converse-clad footsteps of Met Gala co-host Timothée Chalamet, Page opted to pair his suit with black sneakers.

Fans were excited to see Page on the steps of the Met, with one tweeting, “ELLIOT PAGE SAVED THE MET GALA YAL,” while another added, “Elliot Page is the only man I’ll ever love to see in a black suit. That’s it.”

The star, 34, reflected on his previous red carpet appearances during an interview with Time in December, telling the magazine that he “just never recognized [himself]” while dressing up for events.

He emphasized the connection between clothing and gender identity, adding that sporting feminine styles for acting roles posed the same struggles. 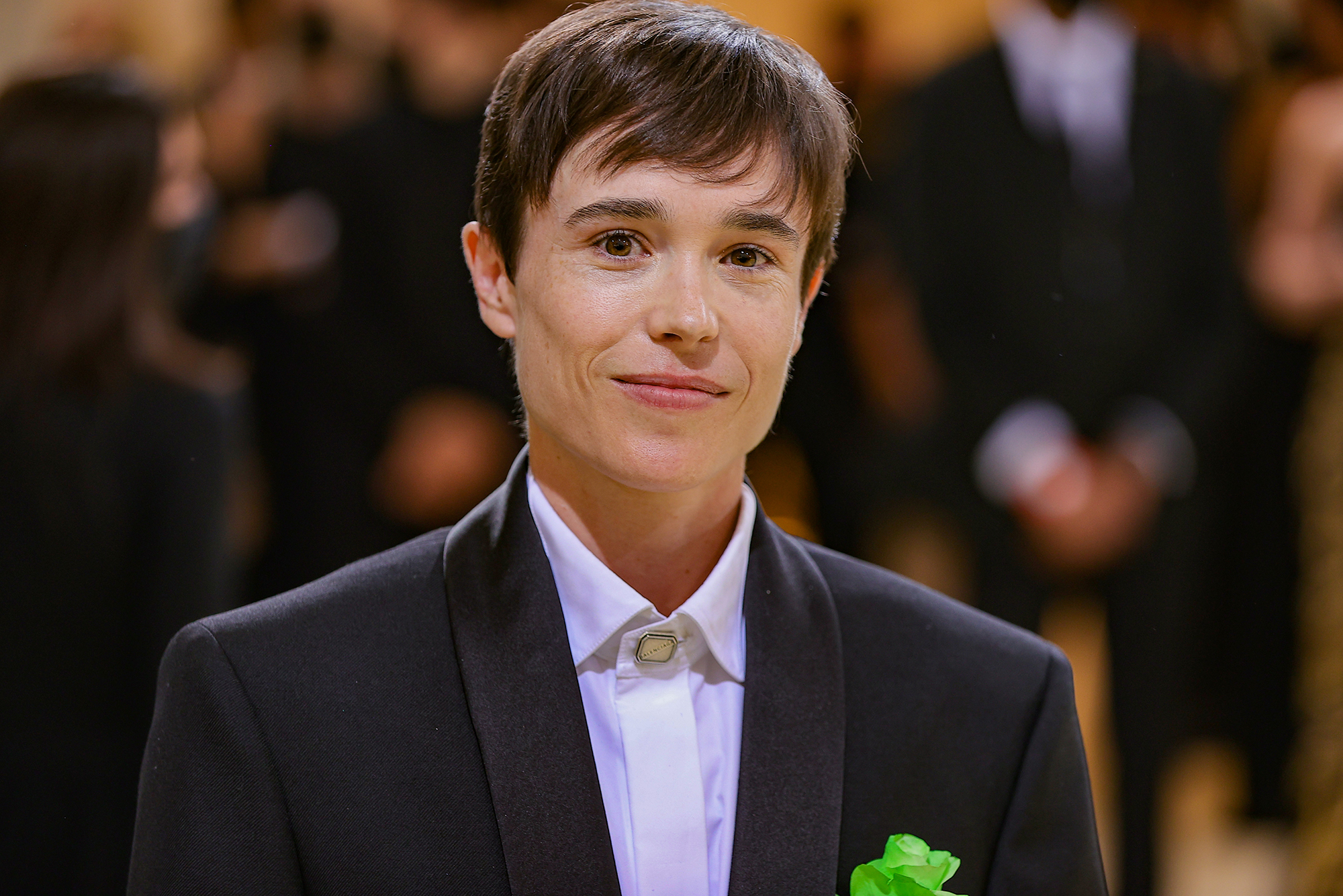 “Even though [I was] an actor, just putting on a T-shirt cut for a woman would make me so unwell,” he said.

The “Juno” star also opened up to Oprah Winfrey in April about why it was “crucial and important” for him to share his coming out story.

“For me, in this time we’re in right now and especially with this horrible backlash we’re seeing towards trans people, particularly trans youth, it really felt imperative to do so,” he said at the time.