To say the first few episodes of The Real Housewives of Beverly Hills season 9 were heavy would be an understatement. As Lisa Vanderpump struggled to cope with the sudden death of her brother Mark, she found herself engulfed in a feud with the majority of her costars in what viewers have dubbed “PuppyGate.”

Luckily, things will lighten up during the remainder of the season, according to Erika Jayne.

Jayne said one major difference that changed the dynamic of the cast was Vanderpump’s absence in the second half of the season.

“Lisa is not there and the tone changes,” the Pretty Mess author told Us. “I don’t edit the show, so I only know what I shot, and she did not shoot with us as a group.”

Jayne explained that she was not necessarily “disappointed” in the restauranteur, adding, “Everyone has their own motives and their own reasons for doing things. It simply was what she chose to do.” 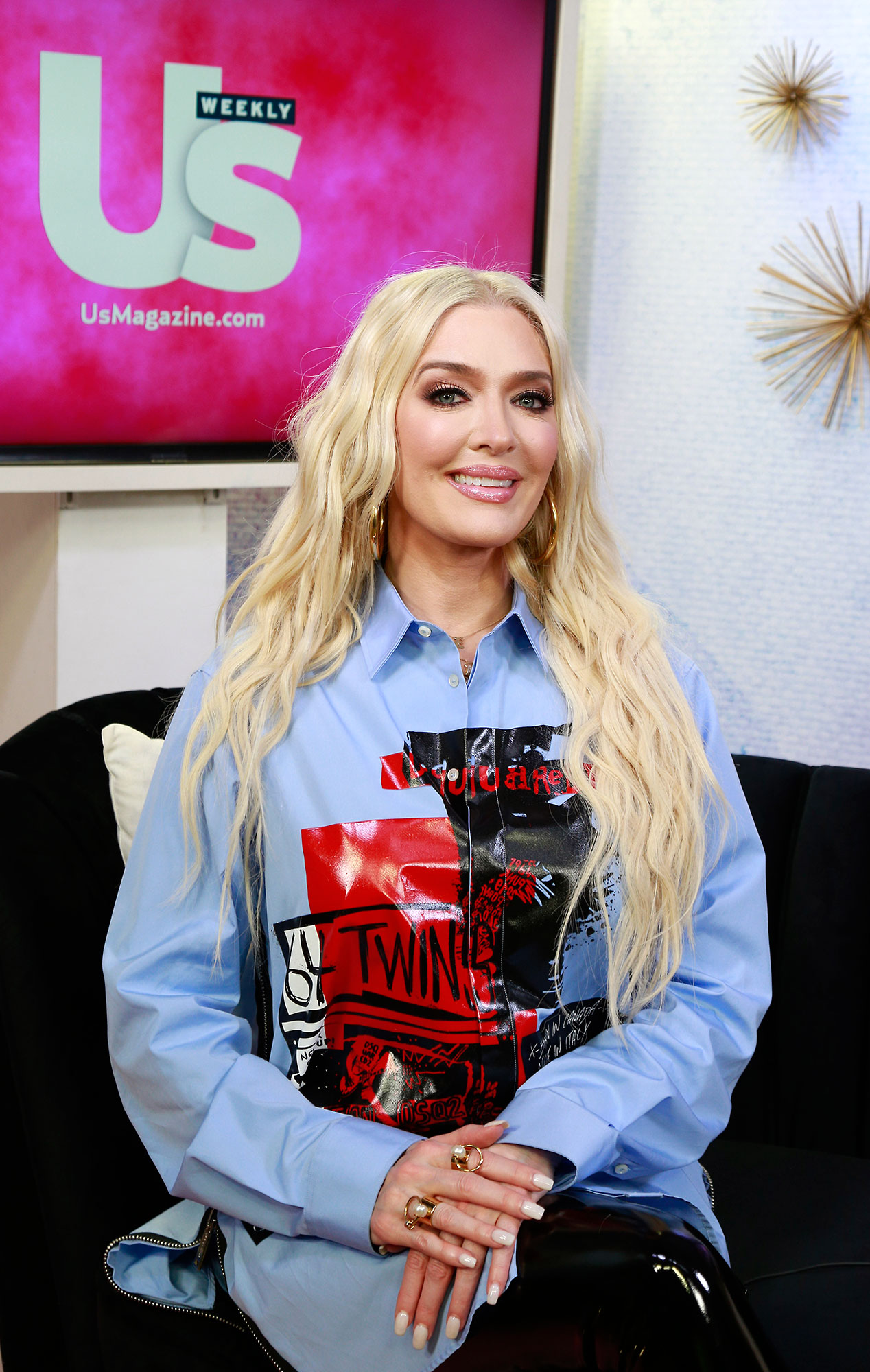 While the pop star — who recently teamed up with ShoeDazzle to launch a collection of shoes, handbags and clothing — was not close with the SUR boss during season 9, she found that her friendships with the other women blossomed.

“I’m closer to everyone as a group,” she said. “Lisa Rinna and I are close. Listen, I love Kyle [Richards]. She’s always been good to me since the first day I ever set foot inside the group. I’m glad that Teddi [Mellencamp] and I put our differences behind us. Dorit [Kemsley] and I have put our differences behind us. And it was fun to have Camille [Grammer] in and out, and it was great to get to know Denise [Richards].”

Us broke the news in October 2018 that Vanderpump was on the outs with her castmates after being accused of encouraging her Vanderpump Dogs employees to tell Mellencamp that Kemsley’s dog, Lucy, ended up at a kill shelter to create a story line for the Bravo series. One big question that remains is whether Vanderpump will attend the upcoming reunion.

The Real Housewives of Beverly Hills airs on Bravo Tuesdays at 9 p.m. ET.