The son of a former Nike executive was reported to the company "several times" for abusing his family discount for his sneaker reselling business, according to a new report.

Joe Hebert, son of Ann Hebert Nike's former general manager of its North America division, would allegedly use family discount codes at stores in Portland and Eugene, Oregon, to benefit his company, West Coast Streetwear, according to sources who preferred to remain anonymous that spoke to Input Magazine.

Despite being reported to Nike’s Loss Prevention team on multiple occasions, sources told the outlet that his actions were never investigated, given his ties to upper management.

Ann Hebert, who held the title of vice president and general manager of Nike’s North America division, stepped down earlier this month for an undisclosed reason. At the time of her employment, sources told the outlet that their concerns over her son's actions were "just going to fall on deaf ears.”

Ann Hebert officially departed from the company at the beginning of March, just six days after a Bloomberg Businessweek report that revealed the details of her 19-year-old son's business. 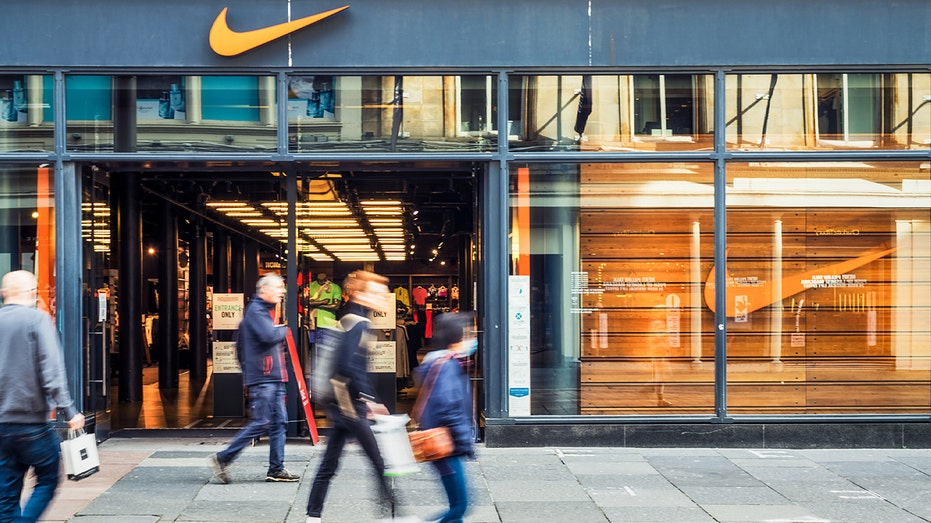 On March 2, Nike confirmed to FOX Business in a statement that "Ann Hebert made the decision to resign from Nike" effective immediately, but did not give further details on the reason for her departure.

NIKE EXEC STEPS DOWN AFTER REPORT ON SON’S $132,000 SNEAKER PURCHASE

The Bloomberg report revealed that Joe Hebert used online bots to purchase 600 pairs of the highly coveted Adidas Yeezy Boost 350 Zyon sneakers within seconds of the shoes being released.

His scheme cost him about $132,000, which he rang up on a corporate American Express credit card that was in his mom's name, according to Bloomberg. After selling the sneakers, he earned a $20,000 profit.

At the time, the 19-year-old told Bloomberg that he never received inside information from his mother, such as discount codes, and even asked that she not be mentioned in the article.

Sources have now told Input that's not the case, claiming he used his family discount for non-personal reasons enough times to raise red flags at the Oregon-based Nike stores.

Ann Hebert allegedly disclosed her son's company to Nike in 2018 but the apparel giant reportedly found no issue with it.

"There was no violation of company policy, privileged information or conflicts of interest, nor is there any commercial affiliation between WCS LLC and Nike, including the direct buying or selling of Nike products,” the spokesperson said.

The sources told Input, however, that lower-level employees would be held to a different standard and would face the possibility of losing their job or receiving an HR violation.

Representatives for Nike did not respond to FOX Business' request for comment.