Cartier has tapped Golden Globe nominated actress — and star of “Emily in Paris” — Lily Collins as the face of the its Clash [Un]limited collection and the Double C de Cartier handbag.

The new campaign is the next chapter for Collins and the Compagnie Financière Richemont-owned fine jewelry brand, adding her to the fold of Cartier Ambassadors, which include Jake Gyllenhaal, Troye Sivan, Willow Smith, Maisie Williams and Jackson Wang, among others.

Both as an actress and an author, Collins has a long-standing personal relationship with the brand going back to childhood. “My mom always used to wear Cartier men’s watches when I was growing up,” she mused during a Zoom interview with WWD.

“I remember loving the oversized look of it on her wrist, and then for my 18th birthday, she gifted me a watch, saying it would be with me my whole life,” the actress said, “I just have these familial memories associated with the house.”

When the call came to front the new collection, Collins said she was a bit shocked. “It felt like part of this evolution of me growing up, it felt like an organic relationship that had been with me for so many years, but I never imaged that I would officially be a part of the family.”

Launched in 2019, the Clash de Cartier collection is the maison’s cool, youthful and edgy offering with three-dimensional spike-like studs, beads and clous carré. The Clash [Un]limited capsule collection — not yet seen by the public — expands on that narrative with an assortment of limited edition jewelry creations meant to shake up the conventions of fine jewelry. The capsule, set for launch in September, will feature spiked rings, bracelets and earrings using white gold, onyx, diamonds and amethyst, as well as two high-end watch styles offering the maison’s distinctly edgy takes on a timepiece.

The Cape Makes A Return On The Runway

“When it came to expressing the duality of the Clash [Un]limited jewelry, Lily Collins was the obvious choice,” said Arnaud Carrez, Cartier’s international marketing and communications director. “Unique and committed, Lily Collins embodies a new generation of artists who dare to reveal their different sides, sometimes classic and elegant, sometimes creative, sometimes even extravagant. In summary, people who do not limit themselves.”

Collins, who dazzled in a Cartier Magnitude High Jewelry necklace and earrings that needed its own security team at the 2019 Met Gala, explained of the [Un]limited jewelry offering, “There’s this mixture of femininity and masculinity that plays off different sides of your personality and adds a pop of the unexpected into a look or a feeling….The collection is so innovative.” Now that the world is cautiously reopening and events are beginning to resume, Collins said she could see herself sporting several of the pieces she had on set while shooting the campaign.

The images, shot by American photographer Zoë Ghertner, capture Collins in an edgy and strong light with slick hair and power dressing as a complement to the spiked baubles. 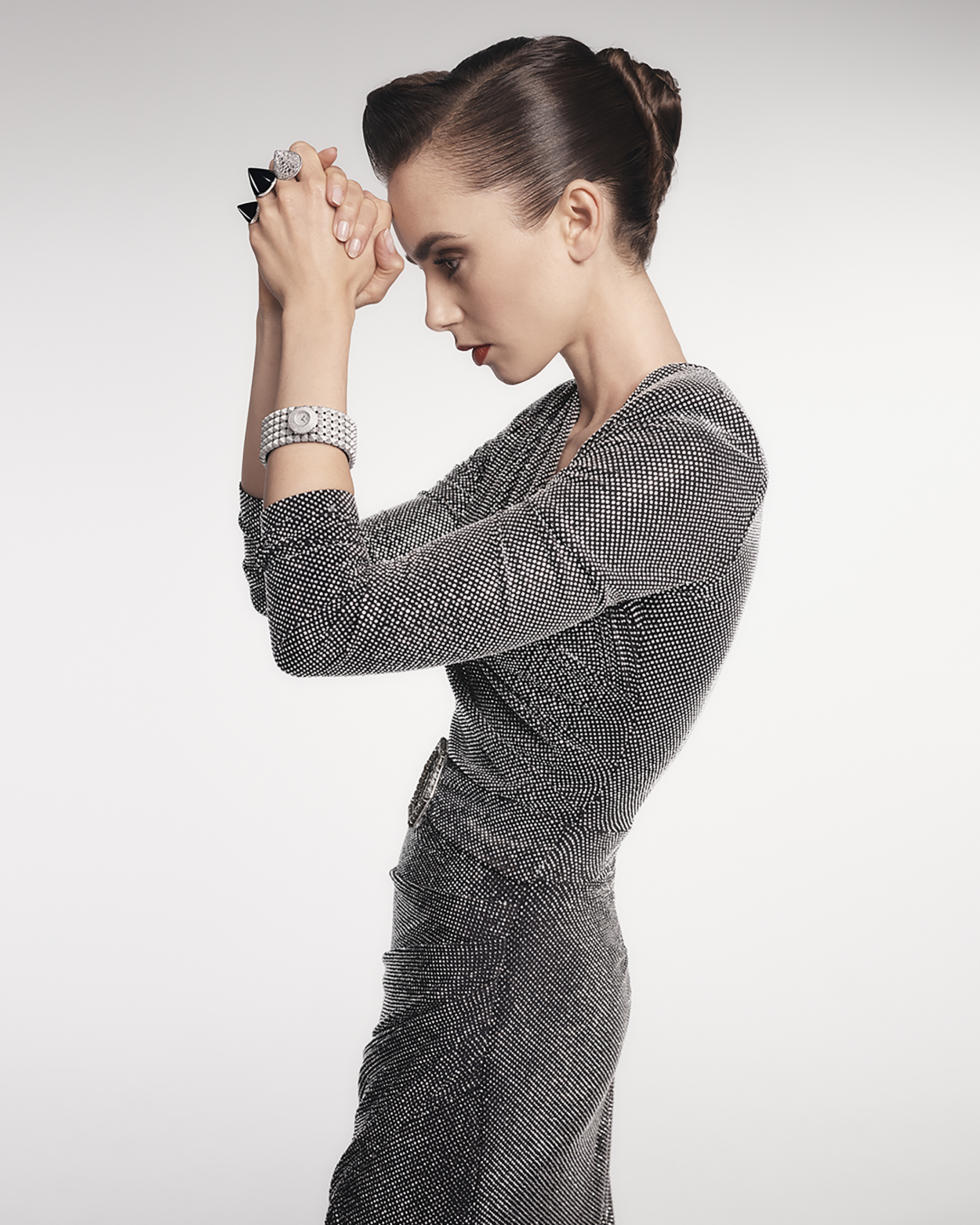 The actress recently wrapped filming season two of her Emmy-nominated Netflix show “Emily in Paris,” posting an “au revoir, Paris” picture on her Instagram last week alongside fiancé Charlie McDowell. The comedy-drama series was created by “Sex and the City” creator Darren Star and, similar to SATC, Collins’ character Emily’s clothing and accessories often garner as much attention as the storyline itself. “Clothing really dictates how you stand, sit, feel, walk and to me, that has so much to do with the way in which a character moves. It bleeds into how they feel in every scene,“ she said when asked how costuming plays into her character development. 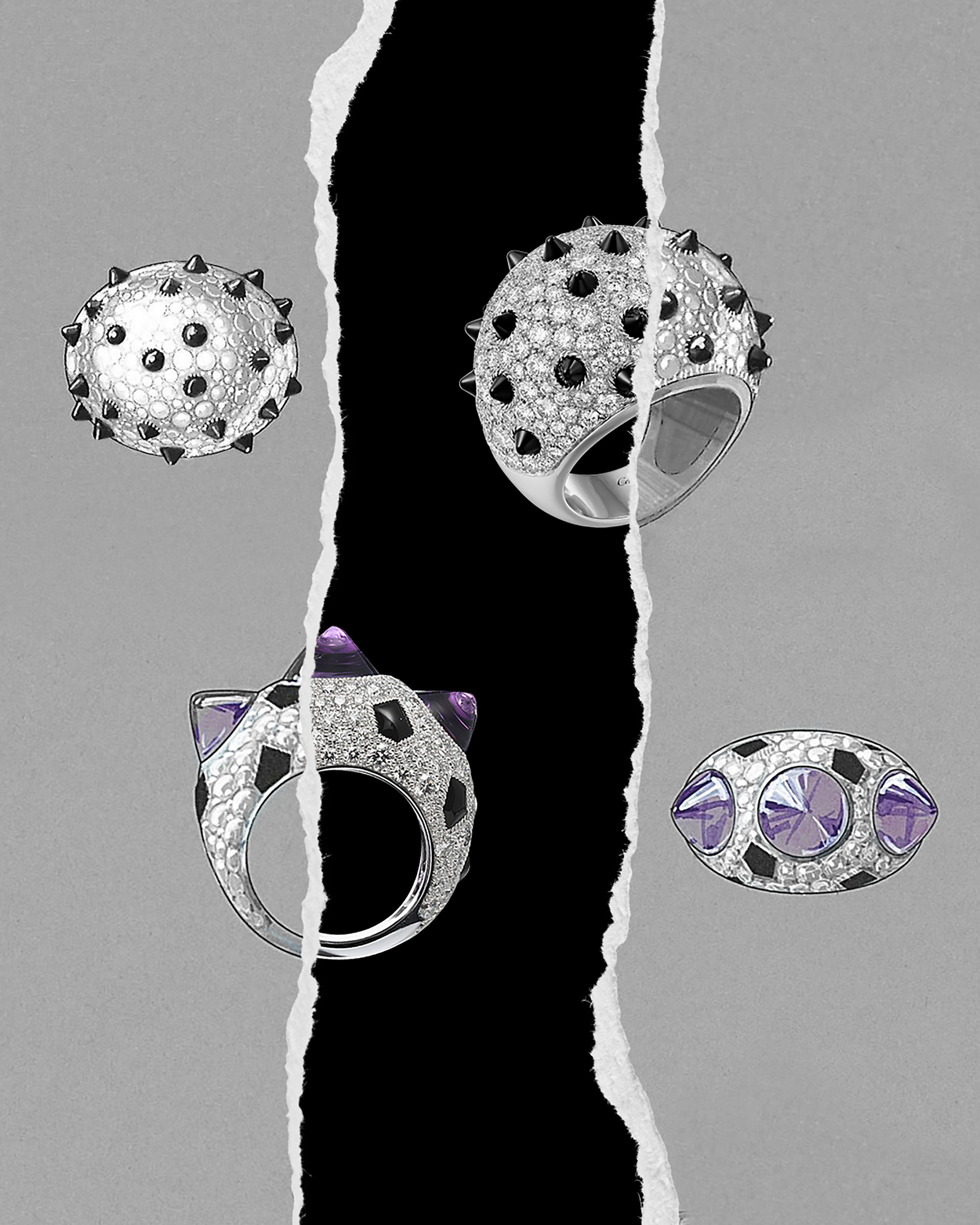 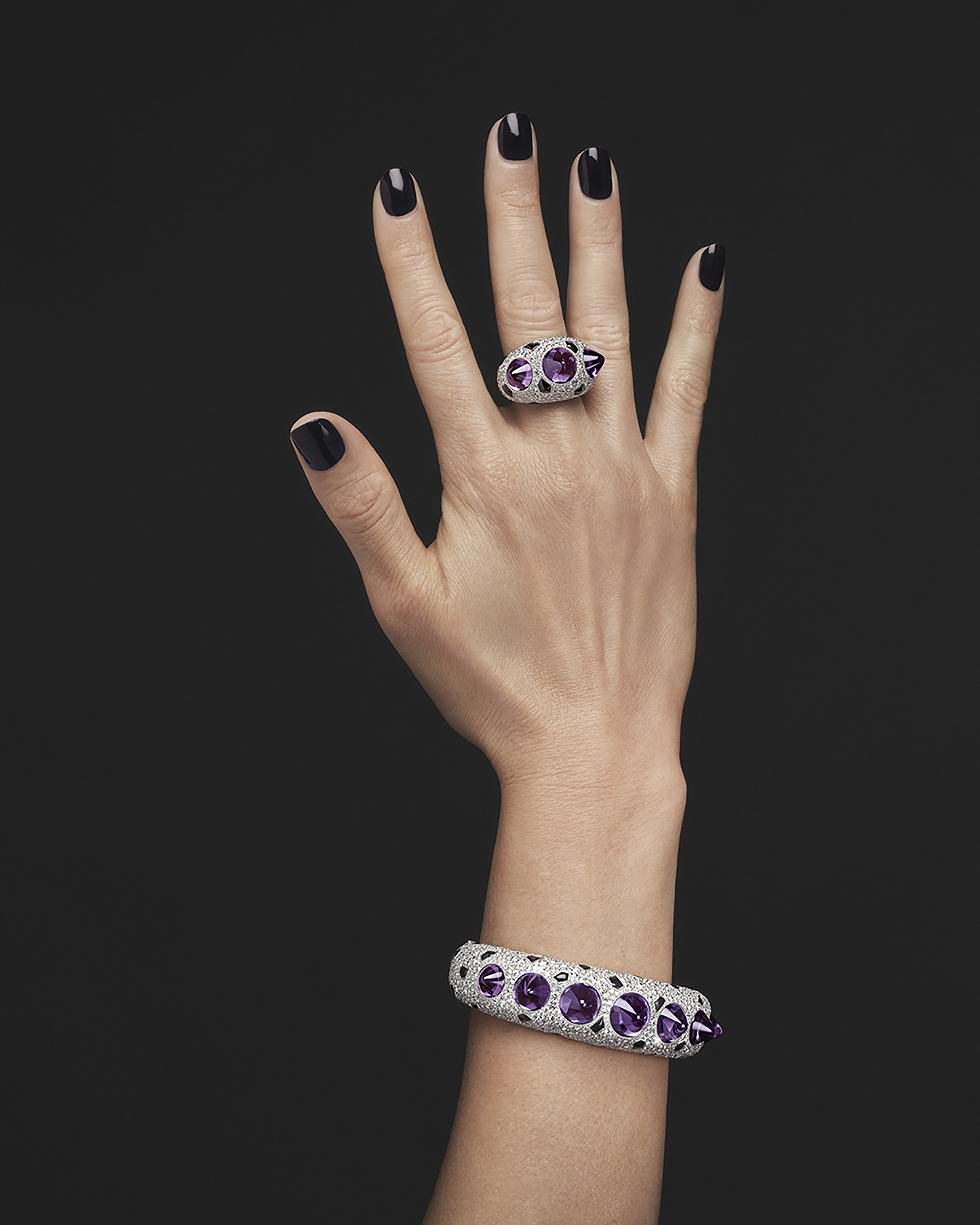 “I write five minutes every morning in a gratitude journal,” she said. “It’s about changing your mindset. Instead of writing things down that have happened to you, or things you are nervous about in negative way, it turns your perspective around, helping you focus on the positive.“

Another go-to for Collins over the last year and a half has been podcasts. “In the pandemic, listening to podcasts made me feel a little less alone. It felt like I was socializing in my head,“ she said.

Inside Cartier’s Studio 7 Exhibition in London

Cartier Pops Up in Michigan