That’s not a body double, you’re just not used to seeing Melania smile! Experts reveal how grinning can make celebrities ‘unrecognisable’ due to ‘fat pads lifting’ and ‘skin folds moving’

A photograph of Melania Trump beaming as she stepped out of Marine One sent Twitter users into a frenzy yesterday, with many suggesting it was a body double because her grin did not match her usual subtle smile.

The conspiracy theory that Melania has a lookalike stand in for her at public events has circulated on social media for years, resurfacing whenever proponents spot a slight change in her appearance.

But now experts have revealed how a celebrity can become ‘unrecognisable’ by smiling due to ‘fat pads lifting’ and ‘skin folds moving’ in the face.

Dr Hussain Cheema, co-founder and director of Fvce, told FEMAIL that a smile could dramatically change the appearance of a celebrity to the point where they are ‘unrecognisable’, particularly if they are normally photographed with a stonier expression. 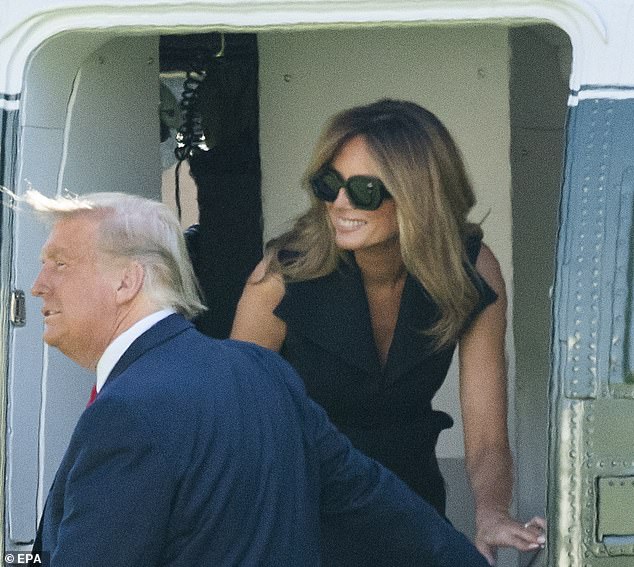 Experts have revealed how an individual can become ‘unrecognisable’ by smiling due to ‘fat pads lifting’ and ‘skin folds moving’ in the face. It comes after Twitter users speculated a photograph of Melania Trump smiling proved she was using a body-double 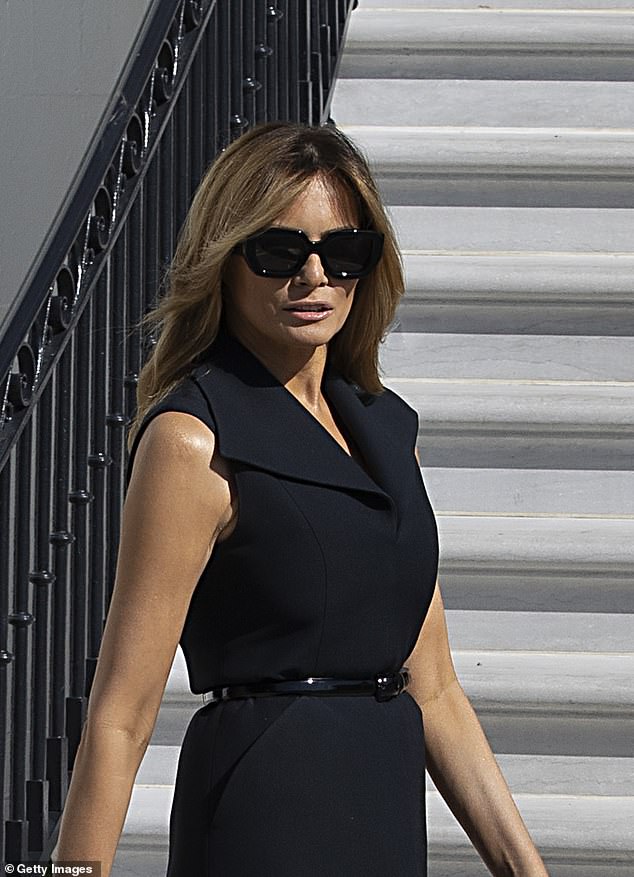 The conspiracy theory that Melania has a lookalike stand in for her at public events has been circulated on social media for years, resurfacing whenever proponents spot a slight change in her appearance 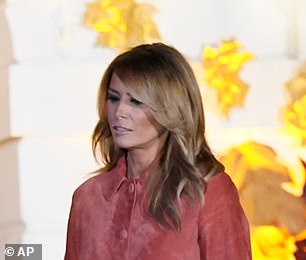 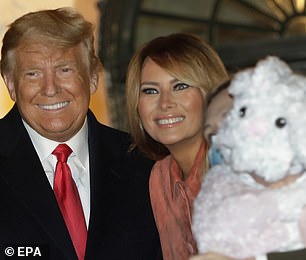 Dr Hussain Cheema said the contracting facial muscles in the lower half of Melania’s face can mean the First Lady’s face dramatically changes when she smiles (left, and right)

He revealed: ‘Any facial expression requires use of our facial muscles. When we smile, muscles contract in the lower face to showcase our grin.

‘In doing so, overlying fat pads over the cheeks get lifted and push against our eyes making them appear smaller.’

Meanwhile he added that skin folds within the face will become more apparent with the movement of a broad smile.

He explained: ‘Certain skin folds also appear on the face that would otherwise be hidden in a neutral facial position. 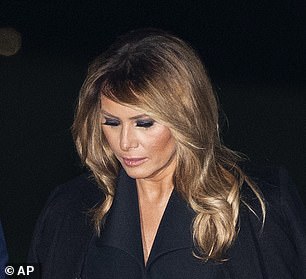 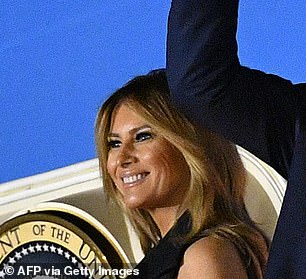 The expert also revealed skin folds within the face will become more apparent with the movement of a broad smile (pictured left, Melania with a relaxed face, and right, smiling)

‘Altogether, the combination of movement and skin folds can sometimes change ones appearance completely – with some people being referred to as unrecognisable when compared to a photo of them with no expression.’

Meanwhile Dr Hussain went on to comment on several celebrities who may be best known for their scowling expressions, but whose appearance is dramatically altered when they are snapped smiling.

He explained Victoria Beckham’s smile causes her cheeks to become more plump because the fat pads in her face get lifted. 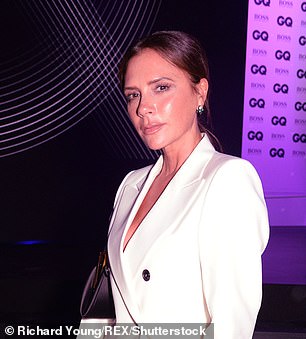 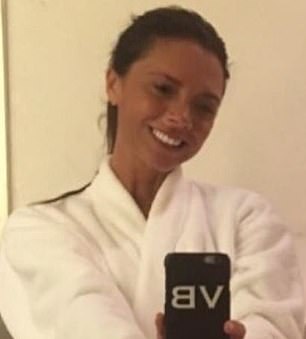 Dr Hussain Cheema, Co-founder and director of Fvce, said movements to skin folds in the face can have a dramatic impact on an individual’s facial features (pictured left , Victoria Beckham). He revealed skin folds between the corners of her mouth and nose made the features appear ‘more prominent’ when she smiles (right) 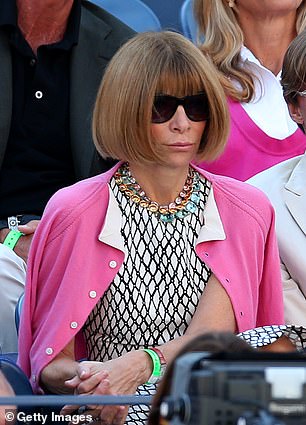 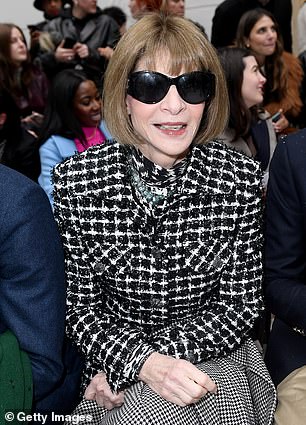 The expert said a person’s facial features could be ‘changed completely’ by the ‘combination of movement and skin folds’ caused by a smile (pictured left, Anna Wintour, and right, the Vogue editor-in-chief smiling) 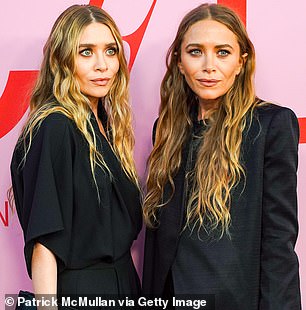 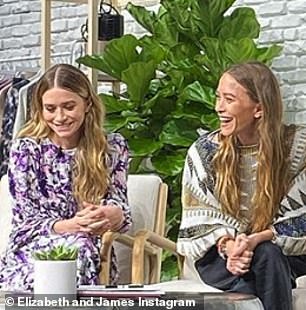 He added: ‘Skin folds between the corners of the mouth and the nose appear, aka nasolabial folds, more prominent.’

What is the body double theory?

The unfounded body double theory began in October 2017 when Twitter users zeroed in on footage of Melania standing behind her husband as he spoke to reporters about hurricane relief for Puerto Rico.

During the briefing, Trump pointed out the presence of his wife even though she was standing in clear view of the cameras.

‘My wife, Melania, who happens to be right here,’ he said.

Conspirators based their body double speculation on that comment, saying that he mentioned her presence to cover for the fact that she was actually somewhere else.

They also claimed that Melania didn’t look like herself in the footage, specifically questioning the shape of her nose.

The theory re-emerged in August 2018 when the president and his wife visited Ohio, and Twitter users claimed that Melania’s hair was parted the wrong way and thus it wasn’t her.

He explained: ‘What’s interesting to note is also how the lifting of cheeks when we smile make the eyes appear smaller.

‘When Ashley is seen smiling, her jaw is slightly open which elongates the face giving it a more feminine appearance.’

Dr Hussain’s comments come after rumors were sparked over the weekend about Melania using a body double due to a new photograph of her smiling.

The speculation was fueled by a photo of Melania and her husband Donald Trump boarding Marine One on Thursday on their way to the final presidential debate.

Melania is seen wearing large sunglasses and a broad smile that some Twitter users believe did not match her usual subtle grin.

The theory doesn’t hold up when compared to other photos of Melania taken minutes earlier, which clearly show its her and not an impostor.

But Twitter users seized on the theory anyway as #FakeMelania began trending.

‘The only thing I’ll miss from this administration is them swapping in new Melanias and just pretending we won’t notice like a 4-year-old with a guppy,’ one man tweeted.

‘I never believed the #FakeMelania conspiracies, but you can tell this 100% isn’t her, because she’s looking fondly at a Christmas tree in the distance.’

‘I was planning on getting a good night’s sleep but now I’m freaked out by fake Melania OMG,’ a woman added. 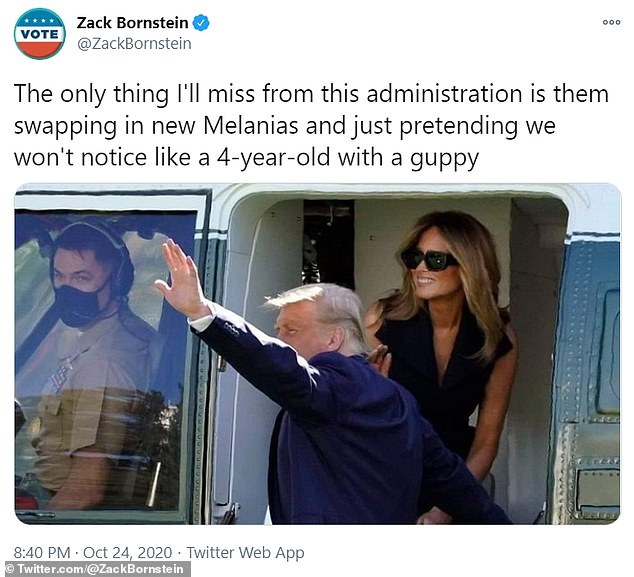 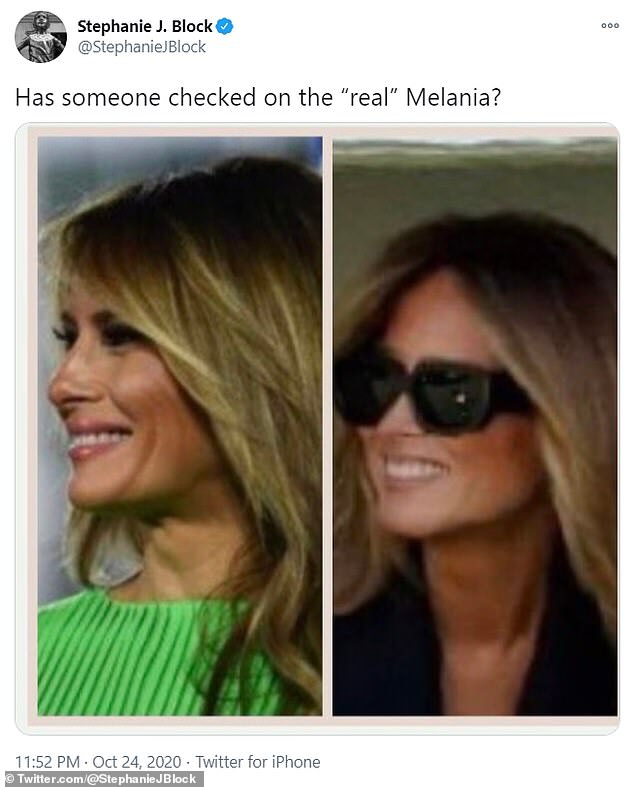 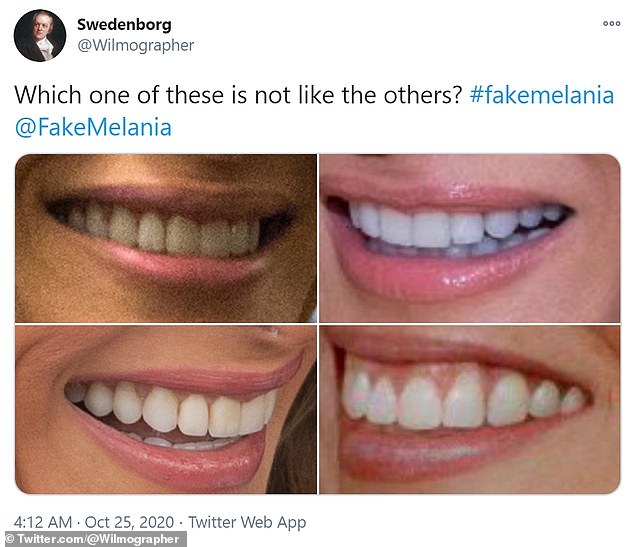 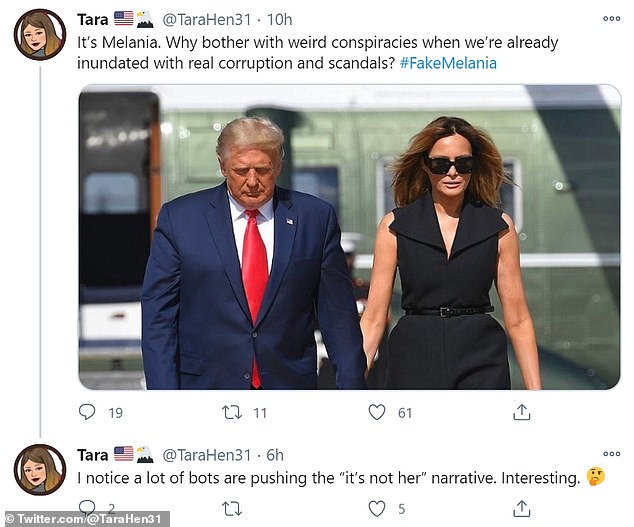