A VIRAL scam alert that is claiming to be from Action Fraud and Martin Lewis is actually fake, the money saving guru has warned.

The post – which has been being widely shared on Facebook – warns of a new "sophisticated scam" involving fraudsters posing as O2, Vodafone and other mobile networks. 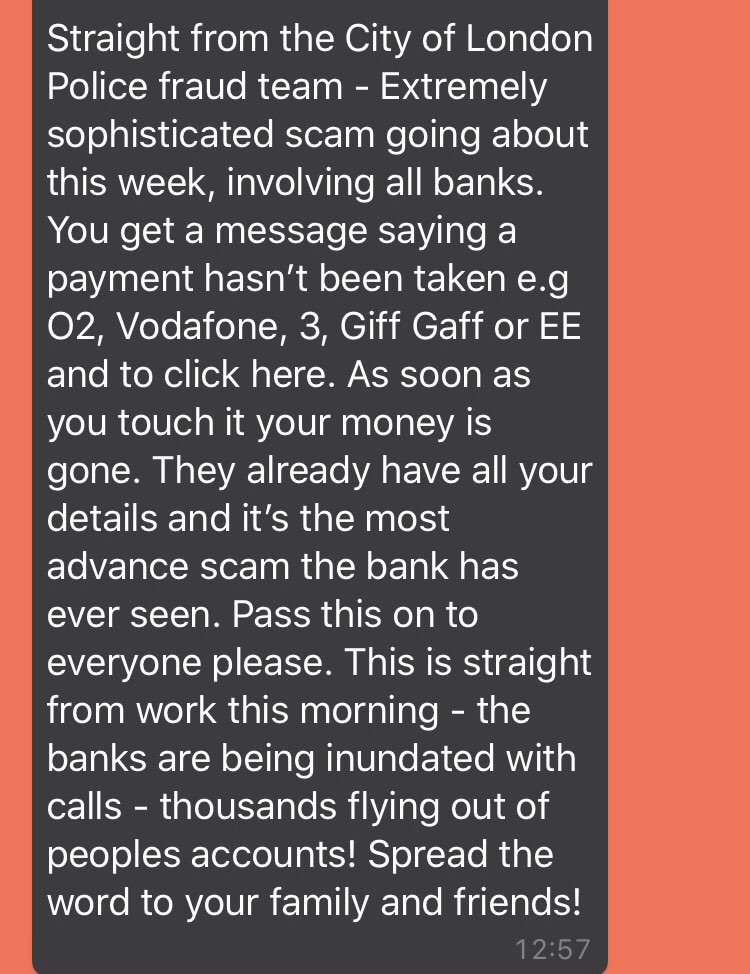 The post says that the scam warning comes from Action Fraud and Martin Lewis, but both the City of London police and Martin himself have said that it is nothing to do with them.

The untrue post reads: "Straight from the City of London Police fraud team – Extremely sophisticated scam going about this week, involving all banks.

"You get a message saying a payment hasn’t been taken e.g O2, Vodafone, 3, Giff Gaff or EE and to click here. As soon as you touch it your money is gone."

A follow up post says that the scam has been confirmed by Money Saving Expert's Martin Lewis, however this is not true.

Martin tweeted: "WARNING: This viral scam alert's nowt to do with me. I've NOT talked about it.

"Always be scamaware, but this sounds nonsense. If u do get scam texts/emails it describes, it's likely phishing for data, so delete. Yet the scam alert's no better."

HERE’s what you need to know:

Action Fraud also tweeted to confirm that the warning did not come from its organisation.

The tweet read: "We are aware of a rumour circulating via WhatsApp, SMS and social media which references City Police Fraud claiming that bank customers are being targeted by [a] smishing scam. The content of this message is false."

While the scam warning is fake and not associated with either of the groups it claims, there's no evidence it is itself a scam.

Money Saving Expert said on its website: "If you do see the post online being shared by someone, it's worth letting them know the scam isn't something Martin has warned of and that Action Fraud has advised the contents are false.

"Those sharing the posts are likely only trying to help though and may not know the message is untrue, so of course, don't be aggressive."

And even though this scam is fake, there are still plenty of phishing and smishing scams out there that you should be on the alert for.

For instance, the Chartered Trading Standards Institute (CTSI) has uncovered another telephone scam from individuals pretending to represent HMRC.

The caller claims the recipient has underpaid their council tax, due to a supposed change in their tax band under COVID-19 measures.

One caller threatened a target with a visit from the police and arrest if they did not consent to have their payment details taken.

Legitimate businesses will never ask you to give personal details either over the phone or via text.

If you think you've been scammed, report it to Action Fraud, or if in Scotland dial 101 and report it to Police Scotland.

How to protect yourself from fraud

USE the following tips to protect yourself from fraudsters.

Warning over "free" Cadbury’s hamper scam on Facebook that steals your bank details.

Brits putting themselves at ‘significant’ risk of fraud by oversharing on social media.