Man on £150,000-a-year who refused to financially support his child for TEN YEARS and even tried to have a DNA test to prove he wasn’t the father is finally set to pay £74,000

A single mother has won a £74,000 payout from the father of her child after he refused financial support for 10 years.

The Child Maintenance Service took the father to court over ten years worth of unpaid maintenance fees, the Department for Work and Pensions has revealed.

Court action is rarely taken by the CMS, but was pursued in this case due to the ‘extraordinary’ nature of the case.

The woman, whose identity is protected, had approached her child’s father in 2010 for financial support to help raise their child.

However, the man, who earns a £150,000-a-year salary, rejected the woman’s requests and refused to offer any financial backing at all. 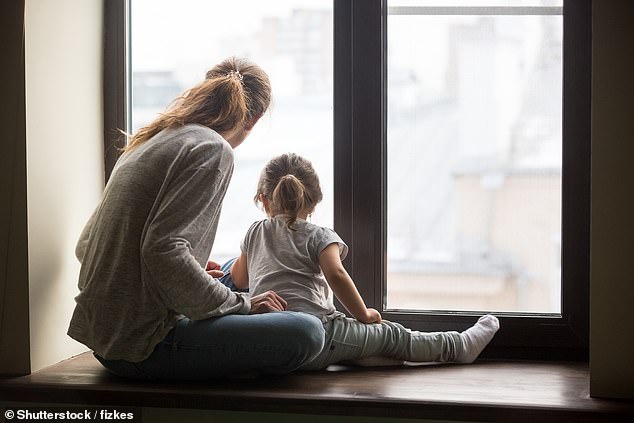 A single mother has been awarded £74,000 after the Child Maintenance Service took her child’s father to court over years of unpaid financial support. The father initially claimed the child wasn’t his and demanded a DNA test before backing out of it (stock image)

The man’s name appeared on the child’s birth certificate but he continued to deny any connection with them.

To try and justify his decision not to pay the mother any money, the man requested a DNA test be carried out to prove he was not the child’s father.

His request for a DNA test was granted by the mother but when the time came, the father decided to back out of the test.

Eventually the Child Maintenance Service (CMS) stepped in to assist the mother after she asked for help as she continued to seek financial support.

By taking legal action the CMS was able to secure a ‘Forced Sale’ action.

This meant that the father was ordered to sell off a property he owned so that he had the necessary funds to make the outstanding maintenance payments he owed the child’s mother.

How Child Maintenance Service takes action if payments are missed

If all other enforcement methods have failed, the CSA or CMS can apply to court for you to be disqualified from driving or sent to prison. A court can also stop you from having and using a UK passport.

Speaking about the court’s decision, Parliamentary Under Secretary of State at the Department for Work and Pensions Baroness Stedman-Scott said: ‘It is shameful when parents go to such lengths to avoid caring for their children.

‘My message is very simple: There is no way out of paying the child maintenance you owe.

‘This isn’t about naming and shaming but anyone who thinks they are protected by wealth or status needs to think again, as this case shows you will get caught.

‘You may be able to hide your dereliction of parenting from your friends and acquaintances, but you cannot hide it from us.’