Every child eventually finds out that the tooth fairy is not the one slipping money or a treat under their pillow, but one young girl hilariously tried to turn the discovery to her advantage with a demand for £100 per tooth.

Sam Freedman, from London, shared a strongly-worded note from his daughter Aillen’s on Twitter in which she called her parents ‘liars’ and demanded to know what they’ve done with all her baby teeth.

She went on sign her letter off ‘your most great detective at finding out who liars are’.

Twitter users were left howling over the note, with many calling her ‘brilliant’ for the letter. 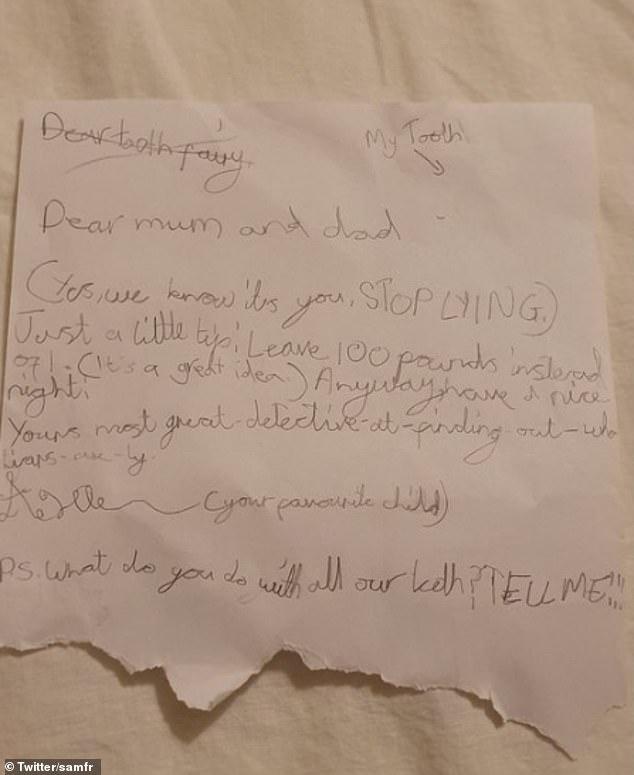 Sam Freedman, from London, shared the hilarious letter from his daughter Aillen online, as she ‘exposed’ her parents as the tooth fairy, before demanding to know what they did with ‘all our teeth’ 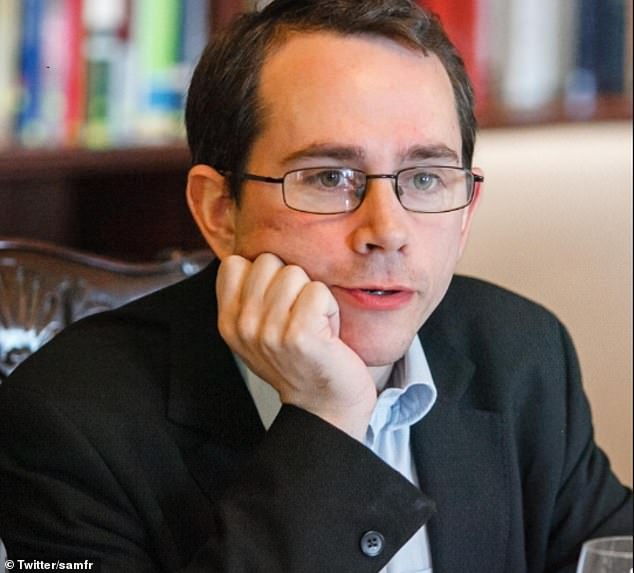 Aillen demanded £100 from her parents in exchange for the tooth, as well as asking them to reveal where all her teeth were

Sam shared the note on Twitter, posting: ‘I think my eldest daughter may have figured out the whole tooth fairy thing.’

The hilarious letter was addressed to ‘The tooth fairy’ before it was crossed out, and readdressed to ‘Mum and Dad’.

Aillen went on: ‘It’s a great idea. Anyway, have a nice night.’

Sam revealed his daughter’s note online, commenting that  his daughter had sussed out the truth about the tooth fairy

Adding her name, she wrote: ‘Your most great detective at finding out who liars are.’

Aillen signed the letter off ‘your favourite daughter’, before adding the postscript: ‘What do you do with all our teeth? Tell me!!!’

Many other Twitter users were left howling over the note, with one commenting: ‘”Your favourite child” demonstrates great self belief. I settled for “your favourite middle child”.’ 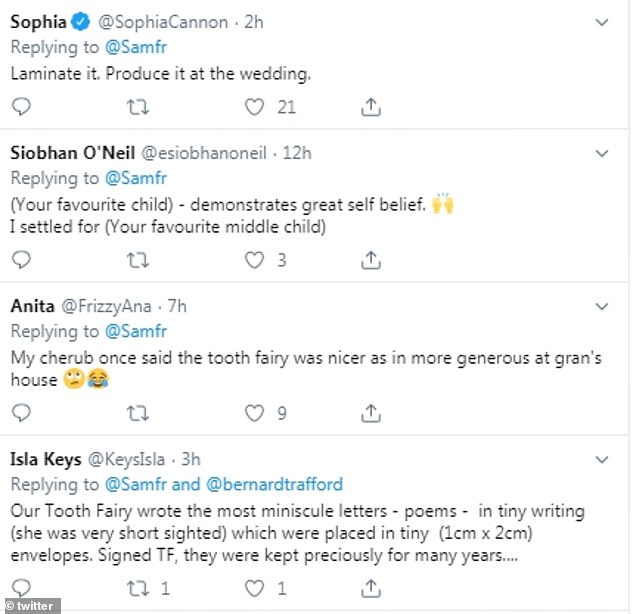 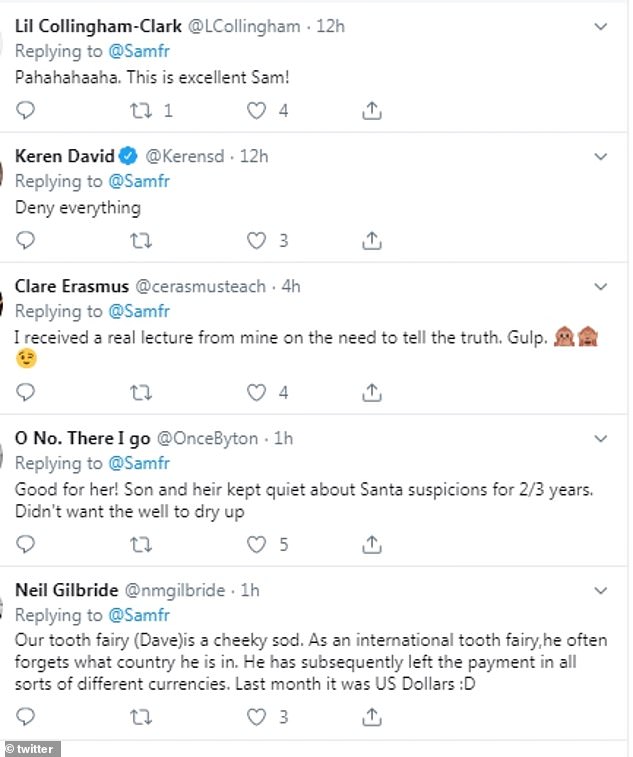 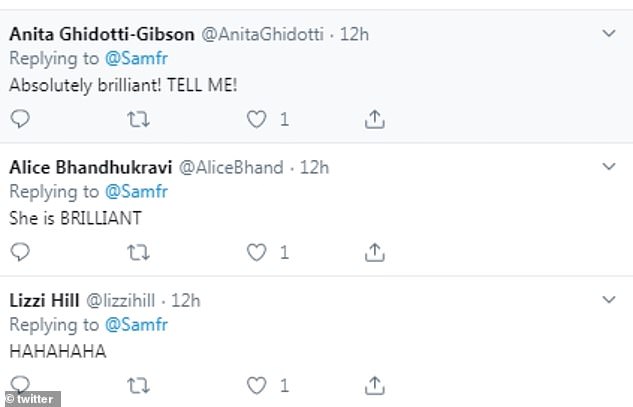 Other Twitter users called her ‘brilliant’ for the hilarious note, with one suggesting the father produce it at her wedding

Another suggested the father keep the note for future embarrassment, posting: ‘laminate it. Produce it at the wedding.’

One added their own experience of acting as the tooth fairy, saying: ‘My cherub once said the tooth fairy was nicer as in more generous at gran’s house.’

Another added: ‘I received a real lecture from mine on the need to tell the truth. Gulp.’