Is viking toast REALLY that good? Femail puts the viral recipe for the 300-calorie breakfast dish to the test (with VERY surprising results)

It’s the recipe on everyone’s lips as people rave about its bold flavour and ease of cooking – but does viking toast really live up to the hype?

The Pinch of Nom recipe, which has become popular online as people in weight loss groups rush to make the Welsh rarebit-style dish, is based on the healthy recipe book’s viking pork dish.

As more and more people are making the dish and posting their own attempts, viking toast has been described as ‘so yummy’ with many people vowing to make it again.

But is it as easy to cook as people seem to say? And at just fewer than 300 calories, does it really taste good? I attempted to make the dish myself to find out… 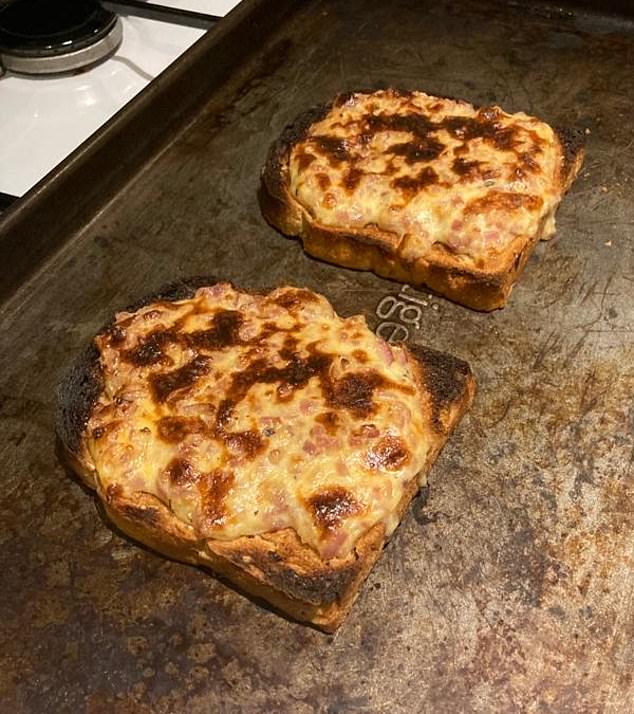 Is viking toast, the viral 300 calorie Pinch of Nom recipe everyone’s talking about, really any good? I made my own (albeit slightly burnt) attempt to find out…

Firstly, I should add a disclaimer that I’ve made a few ingredient swaps here and there, where I couldn’t find things in the supermarket. I’m also not 100% sure of the method and have had to use my culinary flair

However, after following what was a very simple recipe, I was pleasantly surprised with the results (as was my very lucky housemate, who has asked me to make it again). 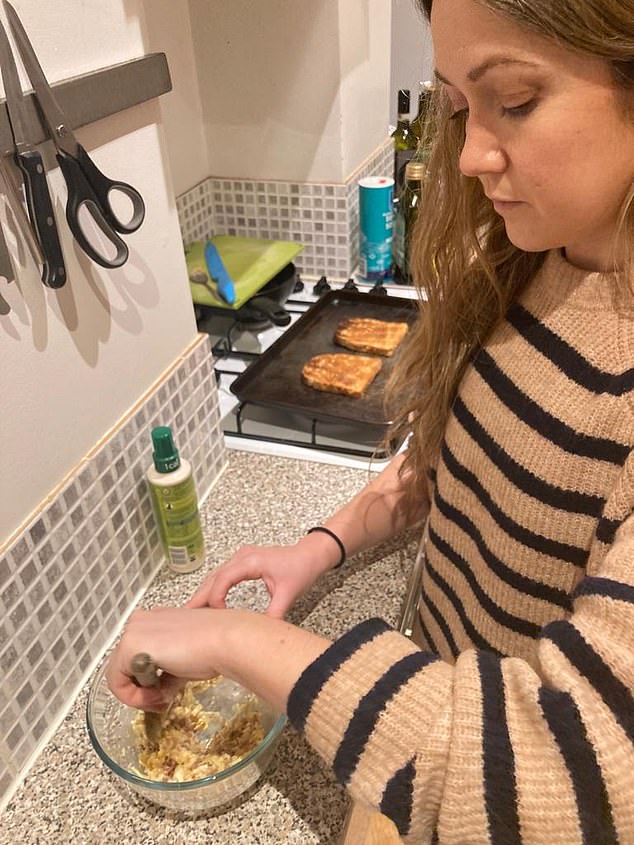 The recipe for viking toast couldn’t be simpler – as long as you can fry, grill and mix then you’re more than capable of making the dish

I began by chopping up a small onion (made even smaller by the fact I had to take off several bruised and battered layers before use), and set it aside.

What ingredients are in viking toast?

To make viking toast, you will need:

Then I heated a small pan and added some low-calorie cooking spray. When it had heated up, I added the finely chopped onion.

I deviated from the recipe ever-so-slightly to add a little olive oil to the pan to prevent the onions from catching. However, if you wanted to keep the calorie count as low as possible you could always add a tiny drop of water instead.

I fried the onion for around two minutes until it was pale and softened, and set the pan aside.

While the onion was cooling I grated some cheese (the recipe requires a reduced fat version but I used normal) and put it into a small mixing bowl. Then I cracked an egg and separated the yolk and added that into the bowl too.

I added a splash of milk, a touch of Worcestershire sauce and a little bit of mustard (although the recipe requires mustard powder) and then added the cooled onions.

While I mixed the ingredients together with a little salt and pepper, I put two slices of bread into the toaster (one for me and one for my housemate).

Then, barely ten minutes after I started cooking, I was ready to assemble. I spread the mixture onto the two slices of toast and put it under a preheated grill, wishing it all the very best of luck. I’m unsure of the exact temperature the recipe requires but I went with 200 degrees. 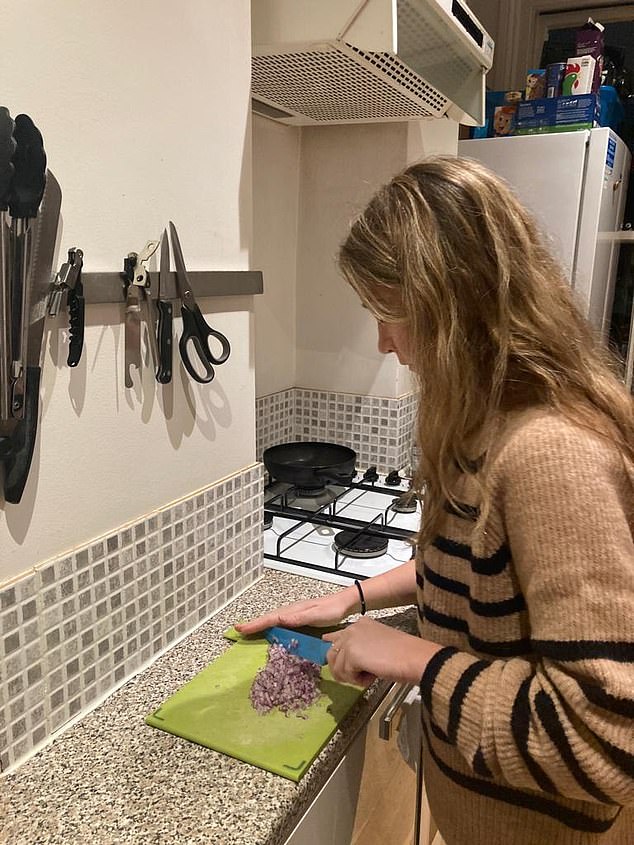 The recipe calls for one onion to be fried. Although I was unsure of the exact method, I decided to finely chop the onions – but fine slices would work just as well, if not better 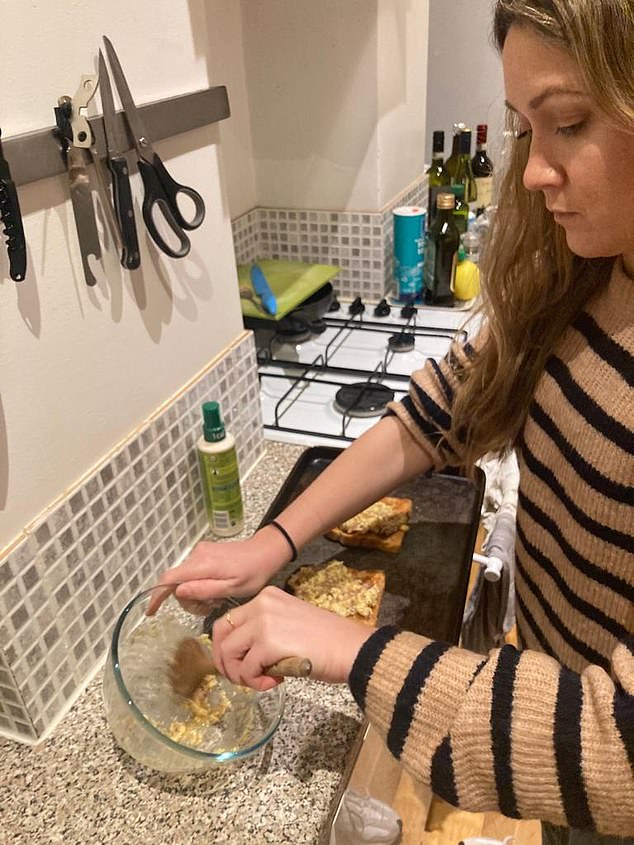 Once the mixture was combined, I spread it onto two pieces of toast to go under the grill – although I later realised I’d split one portion between two slices 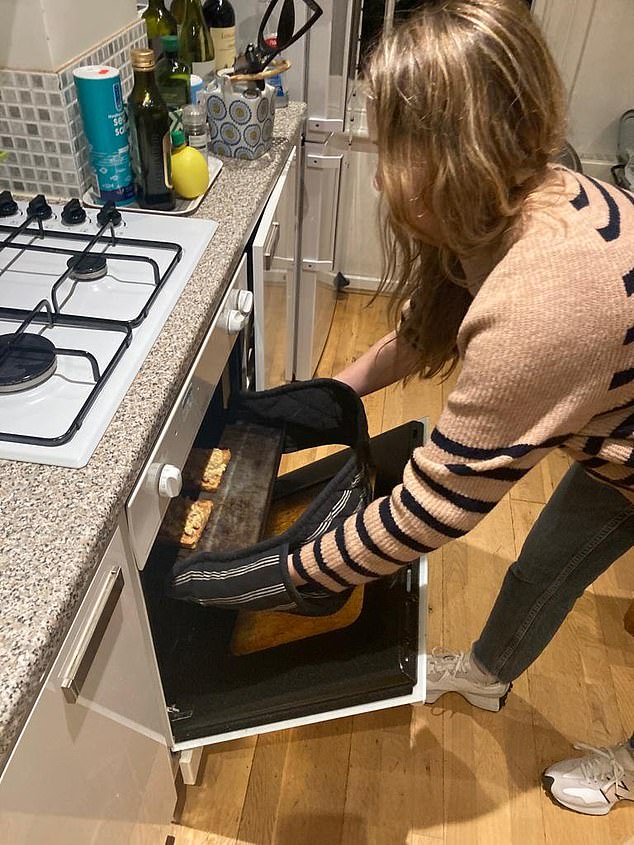 Once the slices of toast have been topped with the mixture, they’re placed under the grill for a matter of minutes

After about four minutes, the cheese began to bubble so I thought that was a good time to take it out.

Although the cheesy mixture had a nice colour, the bits of toast I’d not covered was a little bit burnt. Turns out 200 degrees was too hot – oops.

However, the smell was very appetising and, whereas I wasn’t particularly convinced when I started cooking, I was excited to try it by this point.

After slicing off the burnt bits and waiting for it to cool slightly, I took a bite of my first ever attempt at viking toast – and I was pleasantly surprised.

The combination of the cheese, milk and egg yolk creates the effect of a quick bechamél sauce and is rich and creamy.

Meanwhile the onions, mustard and Worcestershire sauce gives the topping a tangy bite which definitely keeps you coming back for more.

I was conscious not to overseason the topping as the cheese was already quite salty, but I think the balance was just right. If you are making your own attempt at viking toast, I’d recommend being careful when adding salt to the mixture.

The toast itself was super crunchy (perhaps because, frankly, I’d burnt it at the sides) but the wet topping meant it hadn’t dried out.

About halfway through our afternoon snack, my housemate and I realised I had used a recipe for one portion and spread it between two slices of toast and we couldn’t quite believe it – our viking toasts were filling even with half toppings, so a full portion would definitely keep you satisfied for hours.

So, does viking toast live up to the hype? If you’re looking for a low calorie meal with bold flavours, that is actually quite filling, then I think you should probably give this a try…