The opposition planning spokesman on Wednesday criticised a man who was meant to be self-isolating but instead was allegedly drink-driving when he crashed into a Kew East bike shop.

The MP blasted the driver, while also taking aim at others who skip quarantine, echoing comments lfrom federal Health Minister Greg Hunt, who told The Age on Tuesday that authorities should “throw the book” at offenders. 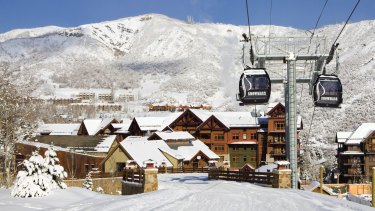 Mr Smith said the Kew driver should be dealt with harshly if found guilty, as should others accused of avoiding isolation in Melbourne after being exposed to COVID-19.

"Throw the book at him," Mr Smith said of the Kew driver.

"And whilst we're talking about throwing the book at people, I wholeheartedly endorse the comments by the federal Health Minister, Greg Hunt, about the individuals that have returned from Aspen, who allegedly breached rules with regards to social distancing, after getting off an international flight. That is not acceptable."

The Age and The Sydney Morning Herald revealed last week that dozens of infections can be traced to a group of Australians skiers visiting the Colorado resort of Aspen, some of whom failed to follow government advice to isolate themselves even after testing positive.

Many of the most affluent suburbs in Melbourne and Sydney now have the highest rates of infection. Victoria's Mornington Peninsula, where some of the Aspen crowd sought refuge, has also recorded more than 35 cases, triggering a fierce backlash from permanent residents on the coast.

Mr Smith said social distancing was a strain for most people, and admitted that the distance rules were driving him "nuts", but said it was incumbent upon individuals and newly returned travellers to be diligent in following the rules.

Those who didn't were "flogs", he said.

"I've got mates who have come back from overseas. They've been cooped up inside for 10, 11, 12 days … and these other flogs reckon they can go down the street, well you know, just because they feel like it," he said.