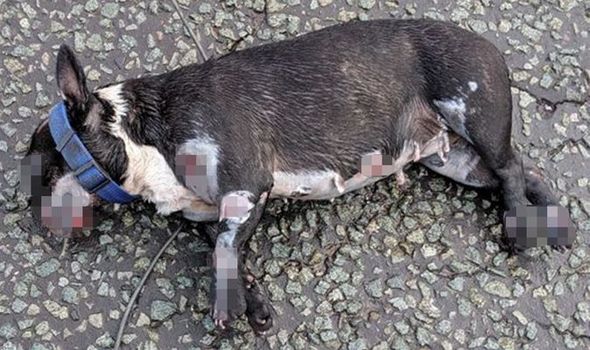 The RSPCA has launched a manhunt for the vile thugs involved in the incident in Bootle, Merseyside, on June 17. The charity believes the female pooch was tied to the car and forced to run to keep up until she became exhausted and was pulled to her death. Upsetting pictures show the two-year-old dog, who recently gave birth to a litter of puppies, still attached to the piece of wire with horrific injuries.

RSPCA Inspector Joanne McDonald: “I believe someone has tied the dog to a vehicle and then drove along intentionally dragging this poor pet to her death.

“There is skin missing on her feet and it looks as though she has run along to try and keep up with the moving vehicle until she was no longer able to.

“There are also wounds on her body which must have happened when she was unable to keep on her feet.

“The collar is also up on her head suggesting she has been pulled along. 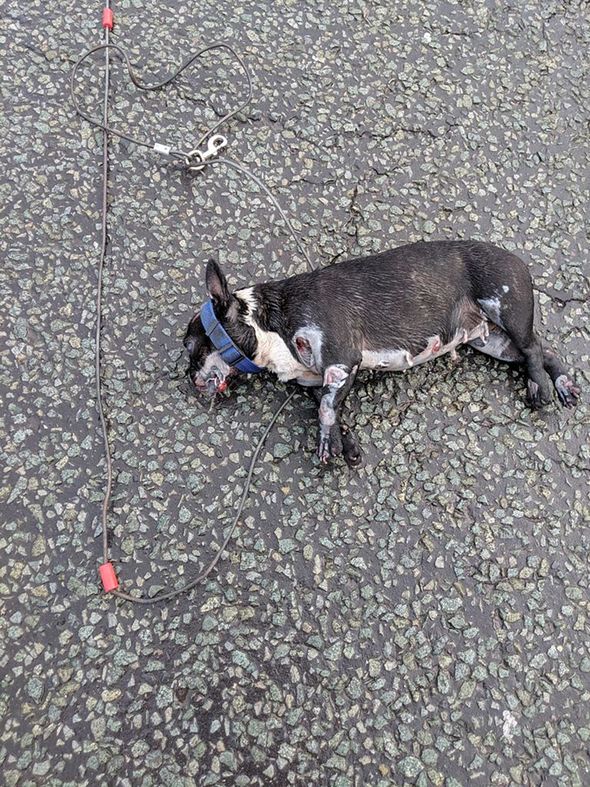 “This is a most barbaric and cruel act. This poor young dog must have been terrified and suffered horrendously during this horrific and sickening attack.”

The charity is urging anyone with information to contact them.

Ms McDonald said: “I really want to find who did this and am hoping the public may be able to help provide me with the information I need. 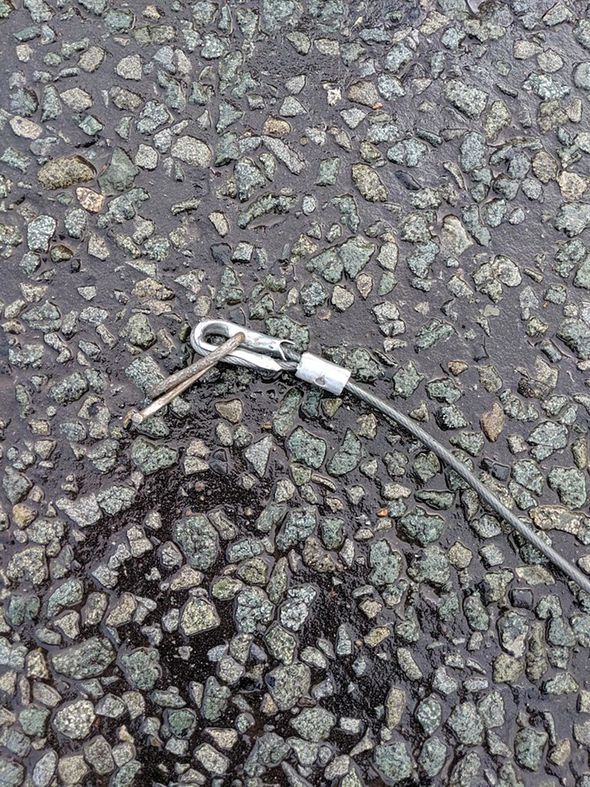 “I am appealing for anyone who may have seen this incident take place to come forward as they may have vital information which could identify who did this.

“I am also keen to identify the dog’s owner and am hoping someone will recognise the dog and be able to provide me with this information.”