Rewriting history! Hilarious ‘gonna tell my kids’ meme takes over Twitter as users come up with false facts about the present day that they plan to share with their children

A viral meme has seen people re-framing iconic pop culture and historical moments with whatever images they see fit as they come up with all manner of fake facts to impart to their kids one day.

The ‘gonna tell my kids’ posts began circulating on Twitter around November 15,and have resulted in an onslaught of hilarious imagined scenarios.

From A$AP Rocky and Lana Del Rey as JFK and Jackie O, to Jersey Shore’s Snookie being the one who wrote the Declaration of Independence, social media users let their imaginations run wild. 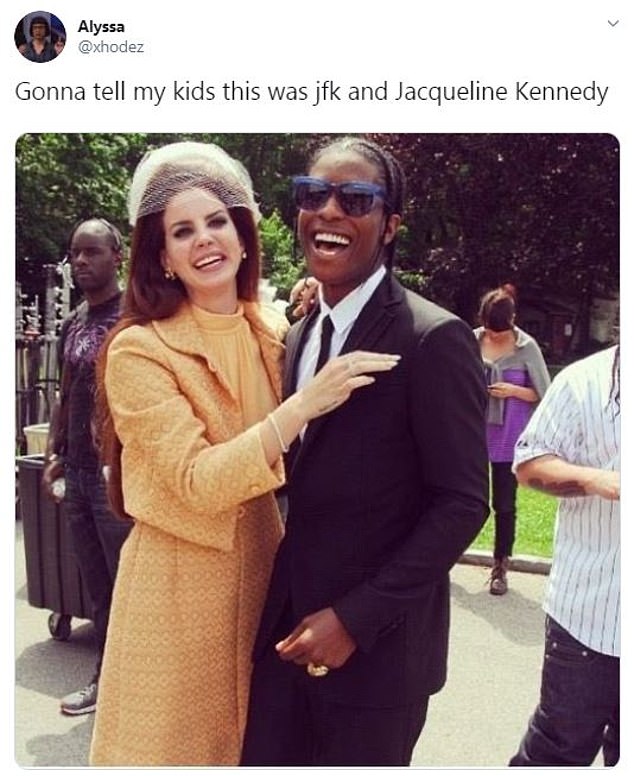 Rewriting history: The popular ‘gonna tell my kids’ memes are re-framing history and pop culture moments with alternative photos, like Lana Del Rey and A$AP Rocky as JFK and Jackie 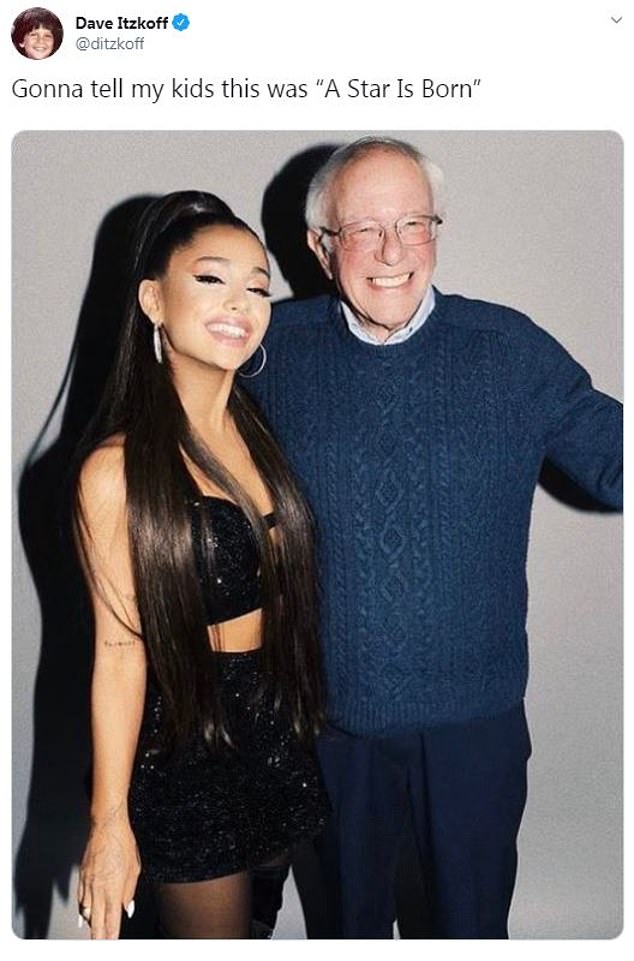 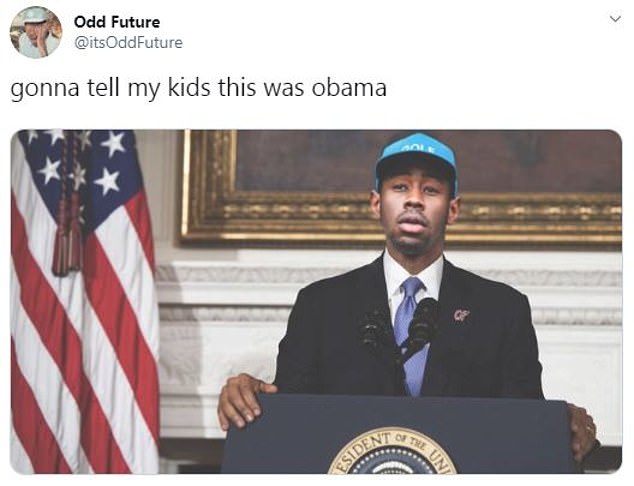 Origin: One of the earliest versions of the meme was a picture of rapper Tyler the Creator in President Obama’s place 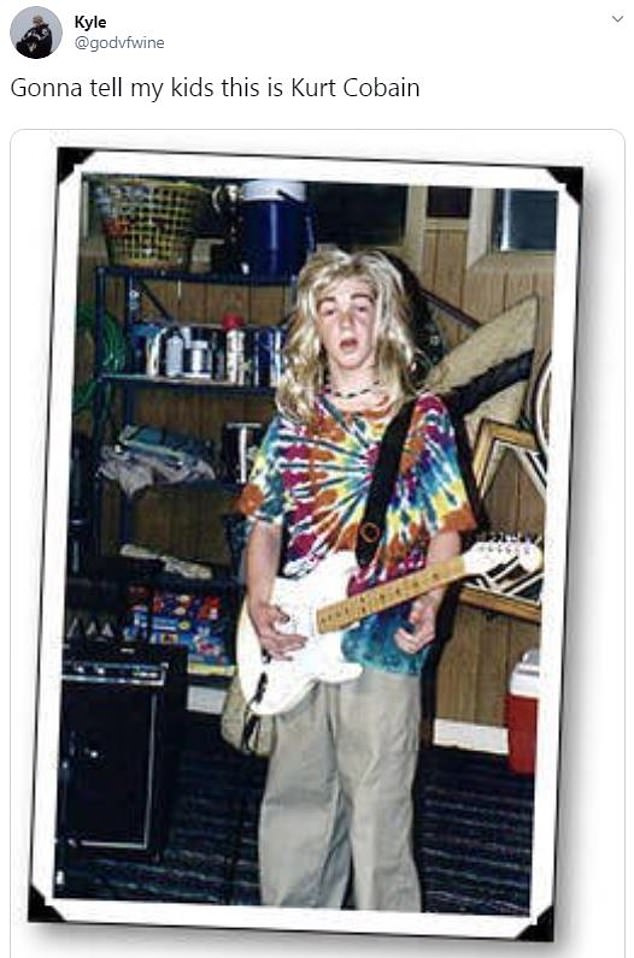 Drake: A Twitter user joked they would tell their kids that actor Drake Bell in The Amanda Show was legendary late Nirvana front man Kurt Cobain

One of the first ‘gonna tell my kids’ tweets was sent out by American hip hop collective Odd Future.

Someone running the account shared a photo of rapper Tyler the Creator standing at a presidential podium wearing one of his signature Golf Wang merch hats.

The trend took off like wild fire, and Twitter turned into a stream of hilarious, if inaccurate, takes on history, entertainment and pop culture.

One of the most popular versions sent so far is a tweet by a photographer with the username @godvfwine.

In it, he shared a picture of actor Jake Bell in a blonde wig as rocker Kyle in one-time Nickelodeon TV phenomenon, The Amanda Show.

‘Gonna tell my kids this is Kurt Cobain,’ he said.

Jersey Shore references proved popular, with many people replacing historic moments with Snookie and the Guidos.

Music act even Blink 182 got in on the action.

The rock group shared a dated photo of Malcolm, Dewey and Reese from noughties TV sitcom Malcolm in the Middle.

They tweeted the post to their 1.6 million followers, meanwhile other users shared photos of the Jonas Brothers and other pop boy bands saying they would tell their kids that those groups were Blink 182.

News recently circulated that Hollywood execs were set on casting actress Julia Roberts as former slave Harriet Tubman, who became one of the most important abolitionists in American history. 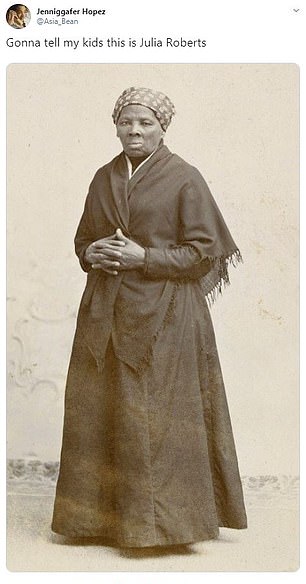 D’oh: When it was revealed by the Harriet screenwriter that an executive had pushed for Julia Roberts to play Harriet Tubman, it was quickly made into one of the memes

The tone-deaf revelation became a viral Twitter meme in its own, but also made it into the ‘gonna tell my kids’ conversation.

Numerous people tweeted photos of either woman with the other’s name in the caption.

As trailers for the new Cats movie were the subject of much discussion this week, a user swapped out images of the soon-to-be-released flick with those from the 2003 children’s film Cat in the Hat starring Mike Myers.

Another shared a photo of Amma Crellin from Sharp Objects, saying they would tell their kids that the chilling character was ‘the tooth fairy’ in reference to the TV show and book’s explosive shock ending.

And Call Me By Your Name actors Armie Hammer and Timothee Chalamet were subbed in for star crossed Shakespearean lovers Romeo and Juliet.

From the royal family to RuPaul’s Drag Race, virtually every facet of relevant pop culture was given an update on Twitter.

Even the bible’s Adam and Eve were given a makeover to suit social media’s tastes. 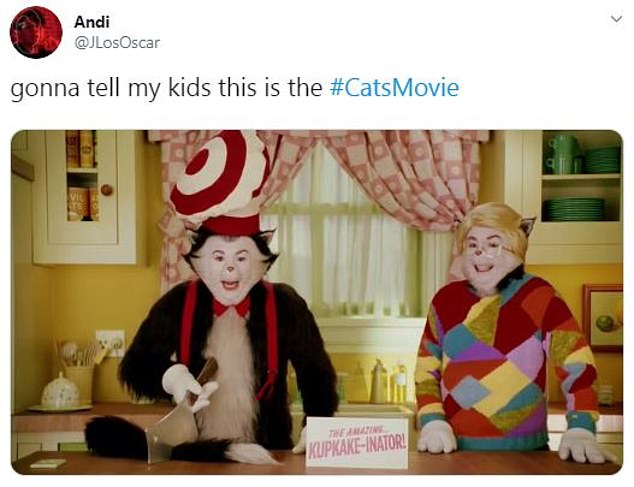 Dr Seuss: Mike Myers as the Cat in the Hat was jokingly referred to as the new Cats movie comes out soon 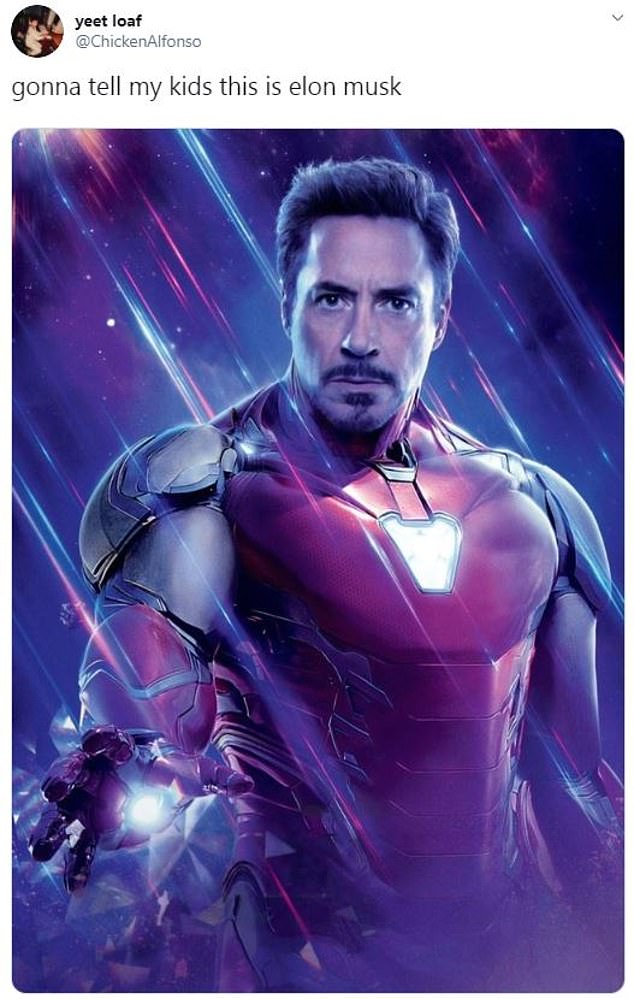 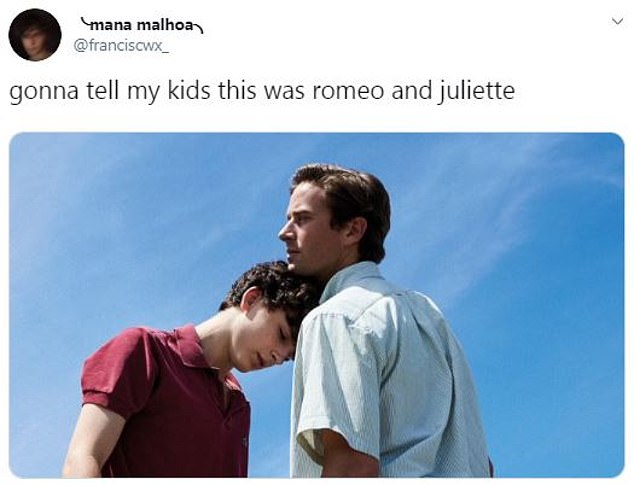 Lovers: Armie Hammer and Timothee Chalamet  in Call Me By Your Name became the new Romeo and Juliet 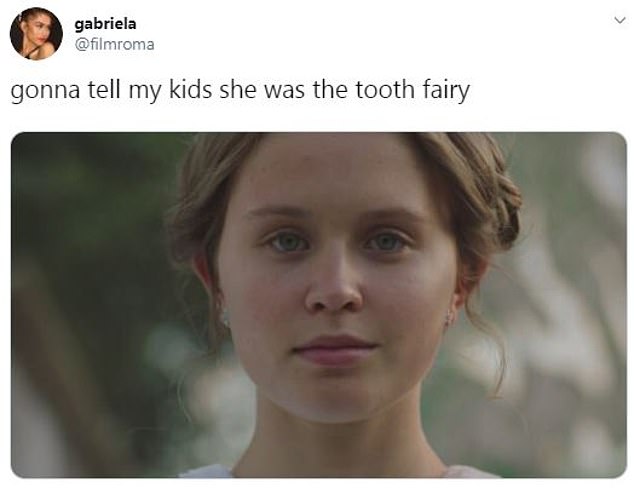 Characters: People had fun with infamous characters like Sharp Objects’ Amma when it came to re-imagining people and scenarios 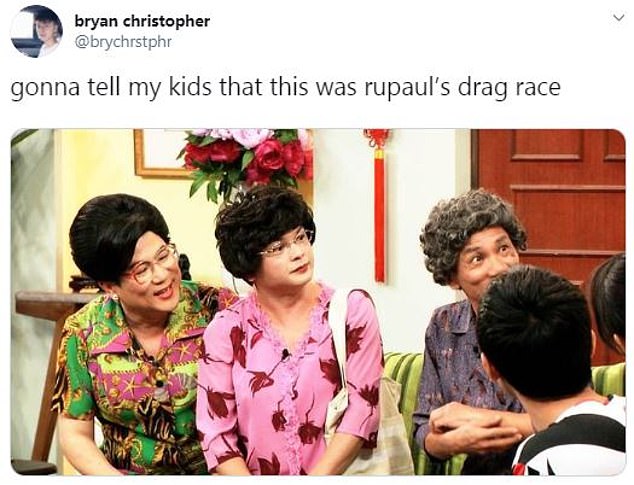 Mixing it up: A user joked that they would say this TV show was the real RuPaul’s Drag Race 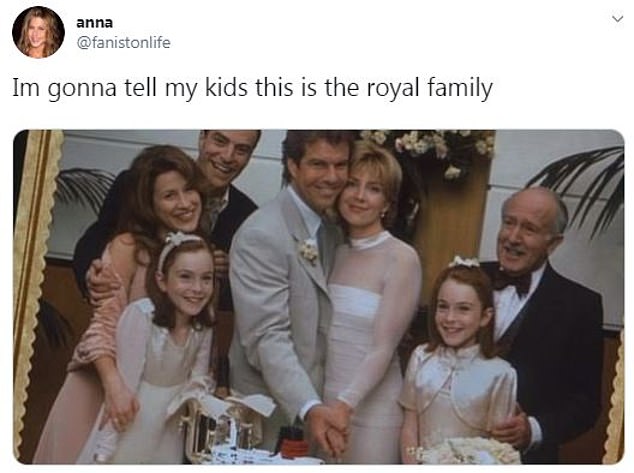 Classic: A wedding snap from the Parent Trap was teased as a shot of the royal family 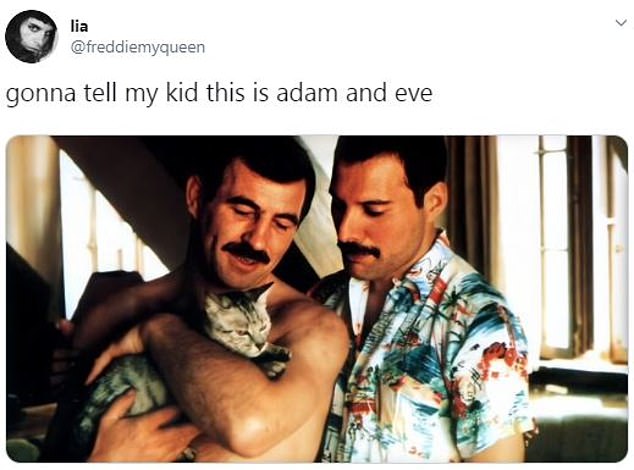 Lovers: A famous photo of Freddie Mercury and his longtime lover Jim Hutton with their cat was an LGBTQ-friendly update to biblical figures Adam and Eve 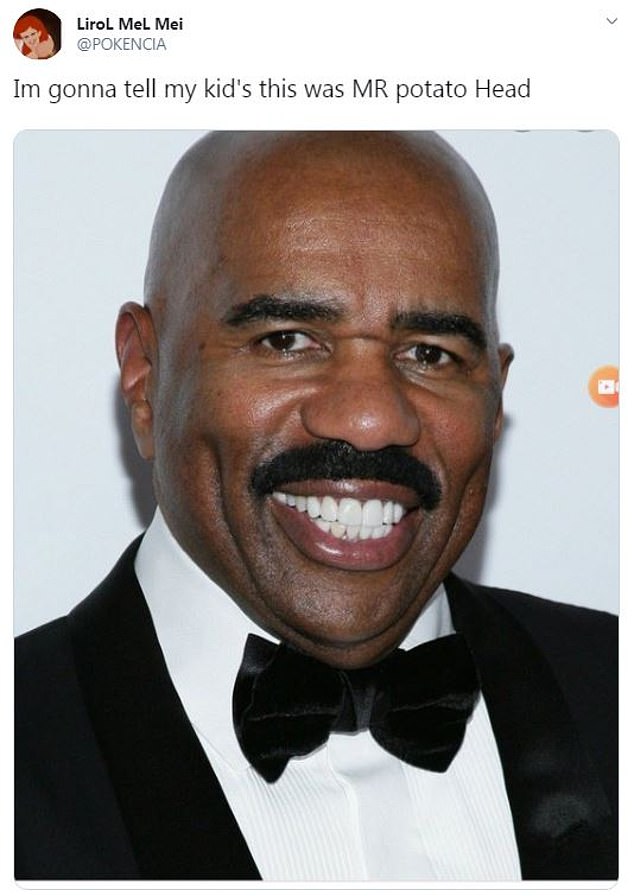 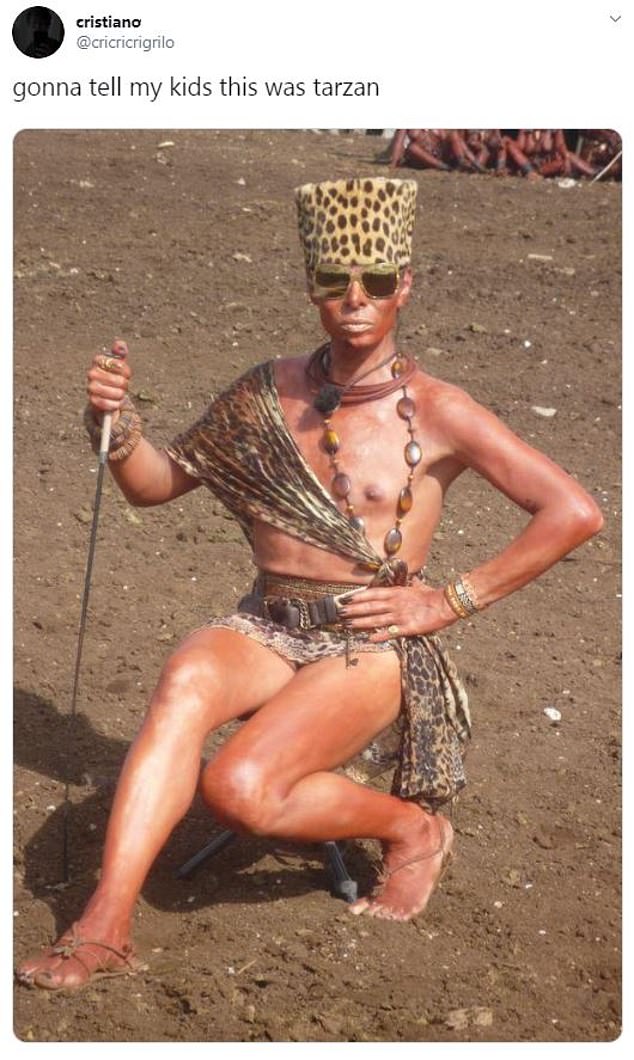 Tarzan: In a rather niche reference, a user shared a photo of Portuguese musical artist José Castelo Branco in a leopard print garb 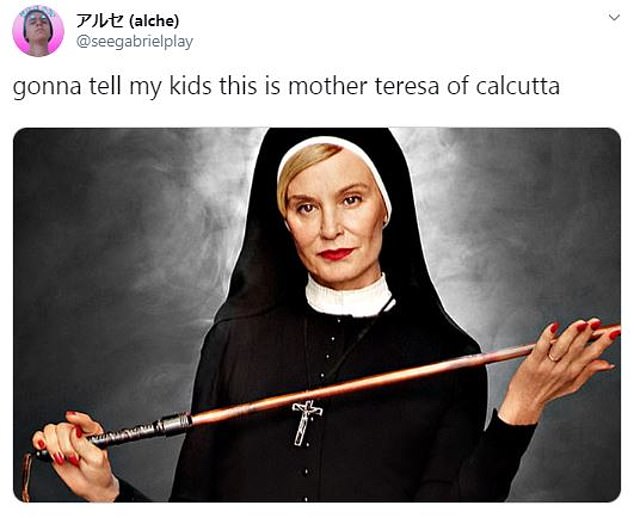 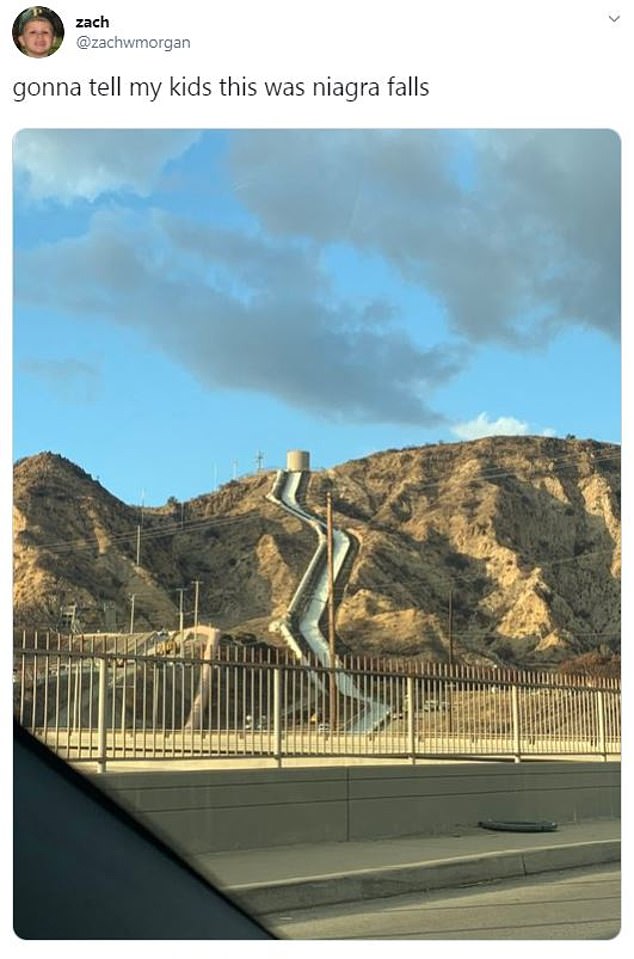 Climate change: One user shared a photo of a hill and gravely joked that it’s what Niagara Falls could look like in the future