The Union hasn’t faced such peril in my lifetime – but it can be saved: As the Queen meets Nicola Sturgeon in Edinburgh amid renewed demands for independence, a rousing intervention from former Prime Minister GORDON BROWN

One of my most vivid recollections as a teenager was the funeral service of Sir Winston Churchill in the winter of 1965, when his coffin was carried in a gunboat that sailed down the Thames.

Our wartime leader had planned the commemoration himself with military precision under the title ‘Operation Hope Not’.

Like thousands of others joining a series of events across the United Kingdom, I, and my school, attended a service marking his passing. 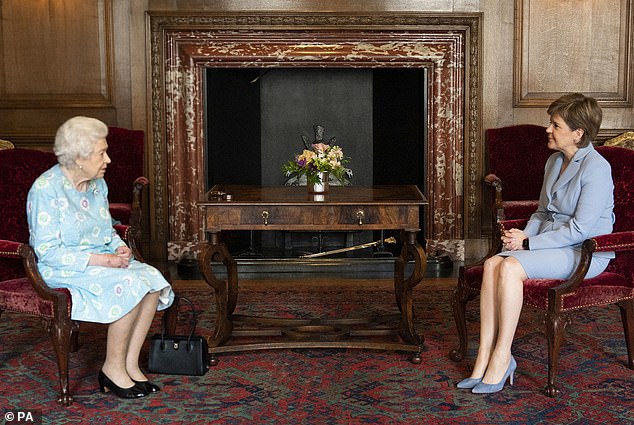 Like thousands of others joining a series of events across the United Kingdom, I, and my school, attended a service marking his passing

The Boys’ Brigade, the Girl Guides, the Scouts and the Royal British Legion in my home town of Kirkcaldy paid their respects. The Union Flag was unfurled. The National Anthem sung, and Land Of Hope And Glory came later. It was a high moment of Britishness: the UK coming together, under one flag, to mark the death of a leader who had led our country to its finest hour.

But as the line from Flower Of Scotland, Scotland’s anthem, has it, ‘those days are passed now’. In Scotland today, the SNP is in government, the ties of Britishness are weaker, a constitutional crisis lies ahead and many see the separation of Scotland and England as inevitable.

But now, half a century on, I remain as convinced as ever that the case for Scotland in Britain is as sound as ever — not because of ceremonies or any nostalgia for war or empire or flags — but on a fresh patriotic, principled and patriotic argument that I believe can keep our country united.

I know that, in many parts of England, there is scepticism about Scotland’s desire to remain in the UK. Given that most people in England only ever see Scotland represented by Nicola Sturgeon or SNP Westminster leader Ian Blackford at Prime Minister’s Questions, it’s easy to see why.

But the picture of Scotland which the SNP presents — and would like England to see — is closer to fake news than reality. While much has changed since the day in 1965 when millions stood to mark the passing of Churchill, the most important ties that bind us together have endured and continue to do so.

A majority of Middle Scots backed the SNP in last month’s Scottish election and many currently say they will support independence.

Not surprisingly, perhaps, they feel more Scottish than British. They prefer Nicola Sturgeon to Boris Johnson and the Scottish Parliament to the UK parliament. But they have yet to be fully convinced of the case for independence — and many who have changed their minds over recent years are willing to consider changing their mind again when they know the facts. 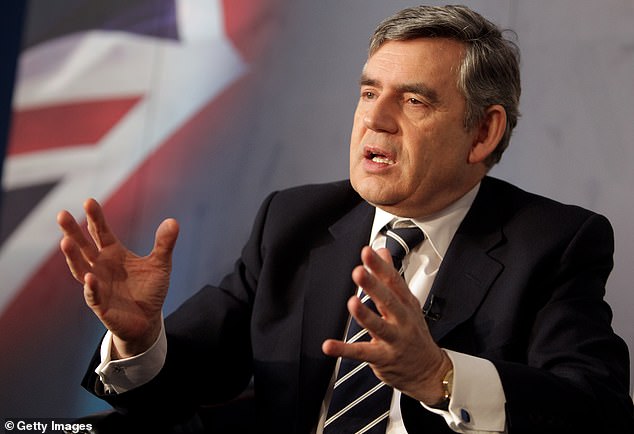 I know that, in many parts of England, there is scepticism about Scotland’s desire to remain in the UK

For Middle Scotland thinks differently from out-and-out nationalists. They are comfortably Scottish and British. They don’t want to wipe out every British connection from their lives. They are patriots who love our country, not nationalists who see life in terms of a permanent struggle between the ‘us’, Scotland, and ‘them’, the rest. They are waiting to see if there is some way for Scotland to continue as part of the UK.

And there’s a good reason why it can. Around 50 per cent of Scots have relatives in England or the rest of the UK. And whether it’s on the screen, in sport or in our everyday lives, the British link matters more than many will admit. Take soaps. More Scots watch EastEnders coming out of London than watch River City, the Glasgow-based rival.

Even more Scots watch Coronation Street, which has almost twice as many viewers as Scotland’s offering.

The Scottish-only Nine news programme from Glasgow was billed as the alternative to the BBC Ten O’Clock News from London — but few watch it, despite its multi- million budget.

And when it comes to watching our favourite sport, many Scots find themselves more drawn every week to the glamour of the English Premier League.

It’s true that Scots will tell you they have more affinity with the North and Midlands and Wales than the South-East. But when it comes to the values we share in common — tolerance, liberty, fairness and social responsibility — most people acknowledge there’s much more that unites the two nations than divides us. And none of this makes Scots less proud of our country.

But while most Scots want to remain Scottish and British, Scottish Nationalists have made it their mission to force Scots to choose Scotland or Britain.

And the story of the last decade of public life in Scotland has been a nationalist movement, in power, attempting to force people into that choice.

‘Scotland or Britain’, one prominent nationalist public relations guru wrote: ‘You pays your money, and you make your choice.’

What this means is that if you’re for Scotland, you can’t be for Britain. The implication is clear: if you are for Britain, then you’ll be seen as anti-Scottish. The SNP’s aim is to show that England and Scotland are inexorably moving apart.

The wilder fringes of the Nationalist movement have taken this to absurd and sometimes shocking lengths.

Some time ago, protesters descended on Scotland’s most famous confectionery firm, Tunnock’s, to protest that the biscuit maker had added the Union Flag to branding for its exports.

You might write this off as ill-thought-through posturing. But the impact can be insidious. Culture wars are not just fought by waving flags, erecting statues, or demolishing them, or even by aggressive speeches by politicians or with banners aloft in marches through towns and cities.

Culture wars are fought through zealots insinuating symbols of ‘us’ and ‘them’ — and images of ‘insiders’ and ‘outsiders’ — into our everyday lives, finding enemies where none exist.

So how should we respond to this effort to separate us?

For some, the way is clear. It is to raise the Union flag, charge into battle and fight fire with fire.

But fighting Scottish nationalism with British nationalism only sets up the fight the SNP wants: a competition between Britishness and Scottishness that forces Middle Scotland to take sides and pushes them towards the exit door.

Instead, a far more positive, patriotic argument will defeat the forces trying to pull our country apart. The strength of our Britishness is best measured not by summoning up ancient symbols, but bringing to life values we share in common: of solidarity, cooperation, reciprocity and empathy with one another. And the challenge is to build a tolerant and inclusive country founded on all that we have in common.

So we should see Scottishness and Britishness not at war with each other, but as complementary. Indeed the uniqueness of the United Kingdom is that it is multinational and includes plural identities — black and British, Muslim and British, Scottish and British — and we should celebrate this cultural diversity as a proud centrepiece of our kingdom.

Boris Johnson does not want to be remembered as the man who ‘took back control’ but then lost control of Britain. So he must change, too. Not just in Scotland, but in many other parts of the United Kingdom, the Westminster government feels remote and distant from people’s lives.

Despite the huge success of the vaccination programme, the Covid crisis also exposed the cracks in the relationships between the centre and our regions and nations.

Therefore, when the crisis is finally over, we need a review of the way we govern ourselves, the first for 50 years, set up by the Prime Minister and reaching into every community in the land.

And he will find that the vast majority of Scots — even large numbers of those who vote SNP — want better cooperation between Scotland and the UK. More than half regret that the First Minister and Prime Minister don’t seem to want to cooperate with each other. Three-quarters of Scots say that we need more cooperation not less — the figure is as high when it refers to health, security, the economic recovery and jobs.

Indeed, there is now widespread all-party support for him using perhaps the greatest power his office has: the power of convening Scotland, Wales, Northern Ireland and the regions of England to address those issues where UK-wide coordination is essential, and where we need to mobilise all our country’s resources for good.

If we can show the UK can work better, it will be easier to expose the contrast with what Scottish independence would actually mean — for the pound, the border with England, tax and economic stability. 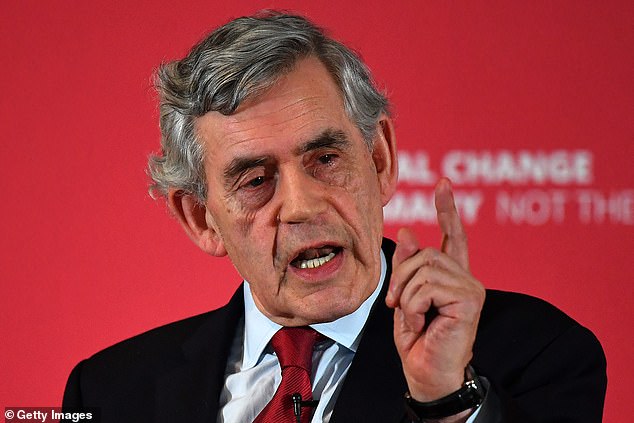 Culture wars are fought through zealots insinuating symbols of ‘us’ and ‘them’ — and images of ‘insiders’ and ‘outsiders’ — into our everyday lives, finding enemies where none exist

Two-thirds say the best way for Boris Johnson to make the Union case is showing that cooperation is the way forward in every area of policy — from defence to tackling poverty and creating jobs — and there is no greater illustration of the almost unanimous support for the NHS.

It is administered separately in Scotland, Wales and Northern Ireland, and regionally in England, but it is seen as a great British institution that does its best — as with vaccinations — when all nations work together.

Remember Danny Boyle’s rousing crescendo of his British story at the 2012 Olympics with the invocation of the work of nurses, doctors and health professionals as a representation of all that is good about Britain?

For millions, the NHS is compassion in action, embodying virtues of empathy, solidarity and reciprocity that we British hold dear: the very values that make us want to cooperate and share across the UK.

The high era of Britishness that marked the death of Churchill may have passed, and we cannot build the future if we wallow in nostalgia.

But it was Churchill who, in his last speech in the House of Commons, reminded us of the qualities that we British share in common and concluded that the greatest British attribute of all was our belief in fair play.

And that is something that remains as important to us today as it did then. It is by bringing to life the best of British values that the future of the United Kingdom will be resolved and built anew.