According to the final CBS News Iowa Battleground Tracker, the caucuses in Iowa tonight will be very close.

Former Vice President Joe Biden and Senator Bernie Sanders are tied as the voters’ first choice, with 25 percent each. Pete Buttigieg is close behind, followed by Senators Elizabeth Warren and Amy Klobuchar. 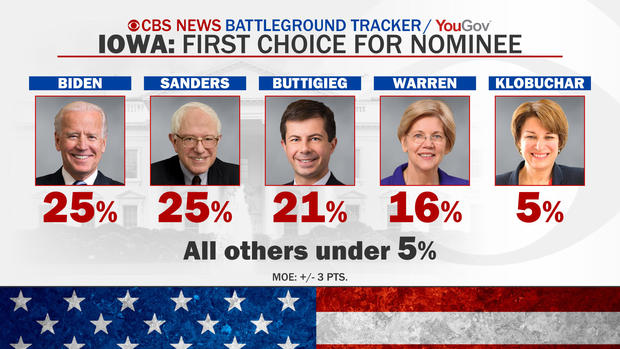 But what sets Iowa apart is that its caucuses are not a primary. Here, people gather and vote not on ballots, but with their feet, moving into groups for each candidate. Then they do it again before a winner is known.

This happens in arenas, schools, firehouses, gymnasiums, and even a tiny bar in the middle of farm country.

Grant, Iowa, 90 minutes west of Des Moines and surrounded by corn and cattle fields, is one of Iowa’s smallest towns. Population: 90.

This year, for the first time, Grant will hold a Democratic caucus. The venue? The Hayloft, a rustic bar and grill where farm antiques are plentiful, and a hamburger goes for $2.50.

Zelda Swartz, 74, has run the place for 48 years. “So, you know most of your customers?” asked CBS News chief Washington correspondent Major Garrett. 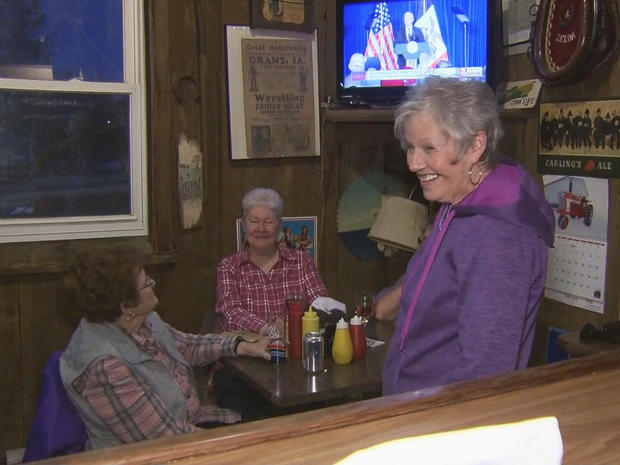 “Oh, yes. I pretty much know what most of them’s gonna eat or drink,” she laughed.

When Grant’s firehouse declined to host the caucus, the Democratic Party asked Swartz.  “I’m gonna be very honest: When he first called me, he didn’t say they were Democrats. But that made no difference to me.”

It may not have made a difference, but there is a difference. “They’re Democrats, and I’m a Republican,” she said.

“You bet. I’ve met a lot of them, and they’re all very nice people,” she said.

Those who attend will align into “candidate preference groups.” To qualify for delegates, a candidate must receive at least 15 percent support at each site. If a candidate doesn’t meet that minimum, those supporters can pick another candidate. This is called realignment.

This year there will be a change to the way caucus results are announced. Previously, only the final delegate count was reported. Tonight, the Democratic Party will report three different caucus numbers: the first alignment, the second alignment, and number of delegates won. This could create competition among campaigns over which number matters most, and who won.

Democrats say this is a move toward transparency. It may also create confusion – and certainly a brand-new political spin factory.

“We at the party have been preparing for a record turnout-plus from the very beginning,” said Iowa Democratic Party Chair Troy Price. “And so, when we started putting this process together back a year ago, we went to go get the biggest rooms.”

Swartz will host the caucus in the Hayloft’s roomy and knickknack-filled back room. She doesn’t know how many people will show up, but it can seat 125 – more than the whole town. 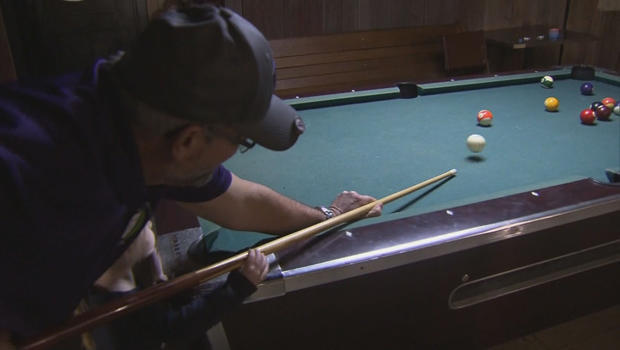