April of 2019 is going to be an emotional disaster for fandoms across the spectrum. Avengers: Endgame will be landing in theaters just as Game of Thrones Season 8 will be premiering on TVs. No one’s saying much on what will happen in Endgame, but most assume the death of characters and grief will be involved. As for over on HBO, Gwendoline Christie talked Game Of Thrones Season 8 and suggested the final episodes may drive fans to call their therapists.

The fact of the matter is, while Avengers: infinity War may have done away with literally half the cast, Game of Thrones Season 7 has surprisingly few deaths in comparison to prior seasons. The show finished off the Dornish characters in quick succession, gave Olenna Tyrell a send-off for the ages, and toasted the Tarly on a spit of dragon fire.

But other than perhaps the end of Uncle Benjen (who wasn’t long for the world anyway), the show really kept their deaths to a minimum. Jon Snow miraculously survived an ice bath. Jaime Lannister survived a direct assault on a dragon. Even Viserion was resurrected.

The obvious implication is the show is saving everyone to send the show off with a spectacular body count. And according to Christie, these deaths will not be easy for anyone. 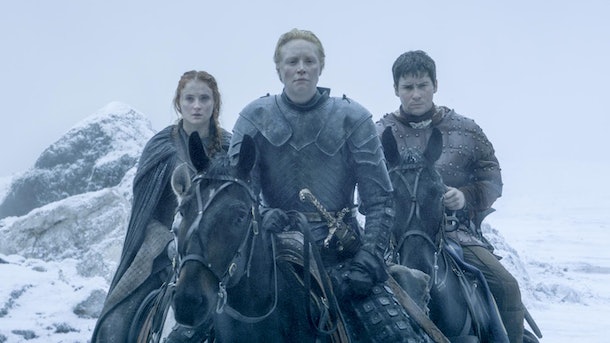 Speaking to E! News on the Welcome to Marwen red carpet, Christie said:

When asked if she was confirming significant deaths, the actress lightly sidestepped the question. 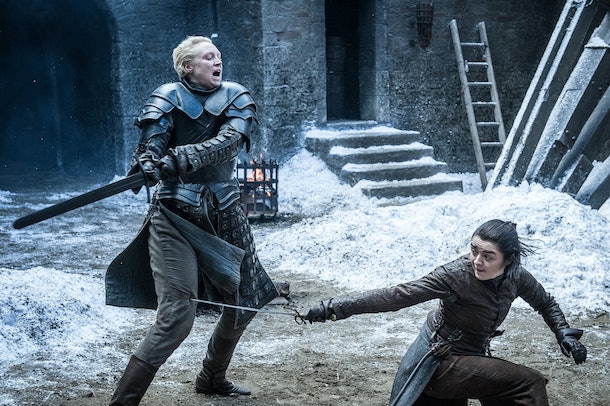 Currently, Christie’s character Brienne is heading back towards Winterfell with the combined Jon Snow and Daenerys Targaryen forces. Fans assume she will arrive along with the bulk of the troops at Winterfell in the very first episode of the season. The season premiere has already been revealed to have a royal entrance for Jon and Dany with Sansa and Arya receiving them, in an echo of the show’s pilot episode.

It seems logical Brienne will be a part of the core group of arrivals, and will immediately take her rightful place as Sansa’s personal security guard. This will put her on the side of the Starks against Jaime Lannister, who will be having uncomfortable meetings of his own when he sees the now-grown Bran Stark.

Where Brienne’s story goes from there remains to be seen, but one assumes she will be a part of the great battle at Winterfell which will take up nearly all of Season 8 episode 3. But if she survives that battle to guard Sansa another day is another question.

Game of Thrones Season 8 will return to HBO in April of 2019.