This one had fans screaming online …

Gwyneth Paltrow’s feigned or real MCU ignorance has become the stuff of legend.

And the Goop mogul did not disappoint when another Marvel question was thrown her way during a Q&A she conducted on her Instagram. 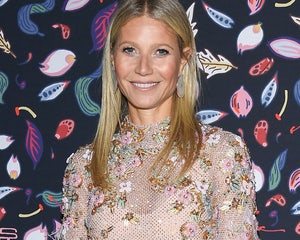 Fan: “have you watched the hawkeye series??”

Let’s roll back time a bit just in case you forgot some of Gwyneth’s most classic MCU lapses in memory.

In the first episode of Jon Favreau’s Netflix series “The Chef Show,” the actress discovered she starred in 2017’s “Spider-Man: Homecoming.” Apparently, she had absolutely no idea.

While cooking up some food with Roy Choi and Favreau, who directed and acted alongside Paltrow in multiple MCU films, the star asked Favreau what the purpose of the television show was.

“We don’t really know. It’s we — I started just filming,” Favreau replied. “We were actually doing it when we were filming ‘Spider-Man.’ That was the first time we just brought a film crew with us down to Atlanta.”

Paltrow, who was zesting an orange, interrupted Favreau and asked, “Spider-Man?”

“Yeah, we were in ‘Spider-Man’ together,” Favreau said. “Remember we were on ‘Spider-Man?'”

“We weren’t in ‘Spider-Man,'” Paltrow said and Favreau reiterated, “Yes we were… You were in Spider-Man.”

“No, I was in ‘Avengers,'” Paltrow replied to Favreau, looking dumbfounded.

“No, you were in ‘Spider-Man,'” Favreau said. “Remember, Spider-Man at the end and Tom Holland’s there and you’re gonna walk out and do a press conference? And I give you the ring?”

It was at this point Paltrow finally understood what Favreau was talking about. “Oh, yes. That was Spider-Man?! Oh my God!” she said.