"It's Official…" Berry captioned the first of two images, featuring her and boyfriend Van Hunt, which has led many to believe the two got hitched over the New Year's holiday — including a lot of their famous friends.

Is she or isn’t she? That’s the question Halle Berry’s fans and followers have been asking themselves since she took to Instagram on New Year’s Day with a joyful and extremely cryptic post.

Here at TooFab, we’re erring on the side of cautiously doubtful as the whole thing looks like too good of a joke set-up that Berry just couldn’t resist. Many of her famous friends and followers, however, took the first slide of her post at face value, offering what could be an extremely premature congratulations. 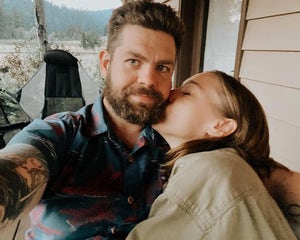 In her post, she and boyfriend Van Hunt are standing and facing one another in a beautiful archway overlooking a stunning tropical view. She captioned the whole post, “well… IT’S OFFICIAL!”

However, if you flip over to the next slide, she’s written on that image of her and Hunt cozied up — her with a beautiful flower adornment on her head — the caption, “It’s 2022!”

We take that as Berry subverting expectations with the first caption, only to flip the script and reveal a New Year’s post with the second. Some media outlets have even captured a hashtag “#gotcha” that they purport was a part of the original post (if so, it’s subsequently been removed).

While we’ve reached out to reps for Berry to verify her relationship status before offering our congratulations (on either her engagement or a fantastically played prank), the comments section of her initial post has blown up with celebrity congrats. 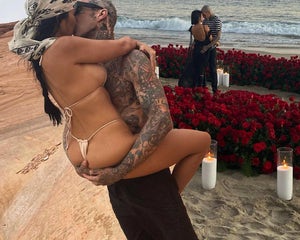 “👏🏾👏🏾👏🏾 congrats you two!!! Beautiful!!” wrote Dwayne Johnson, while Taraji P. Henson echoed the sentiment, writing, “Congrats!!! So happy for you 🙏🏾🙏🏾🙏🏾❤️❤️❤️.” Tia Mowry commented a series of heart emojis to share her excitement, while sister Tamera went with smiling emojis with heart eyes.

Naomi Campbell was definitely convinced the message was real, commenting, “Congratulations @halleberry blessings to your beautiful Union ❤️❤️❤️❤️.” Thandiwe Newton, too, was enamored with what she believed was an engagement, adding, “Arggggghhhhhh!!!!!! Omg so so SO HAPPY for you *tears of joy*.” 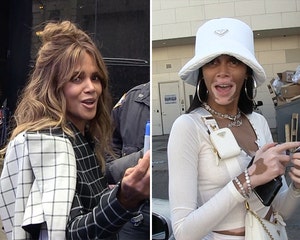 A few fans, though, seemed to pick up on what certainly seems like a playful prank on the parts of Berry and Hunt, with comments including, “You got us good until I swiped right 😂” and “Haha, good one 😄👏🏽 (remember to swipe through to see both pics)” and even “I see no one scrolled – lol 😂😂😂😂😂😂.”

At some point, the truth must out and should it prove a joke, it could be fun to see how all the celebs she fooled react to falling for it.

Or maybe she’ll feel bad that so many people think she’s engaged now that they’ll go ahead and get engaged … for the fans (now we’re the ones kidding). 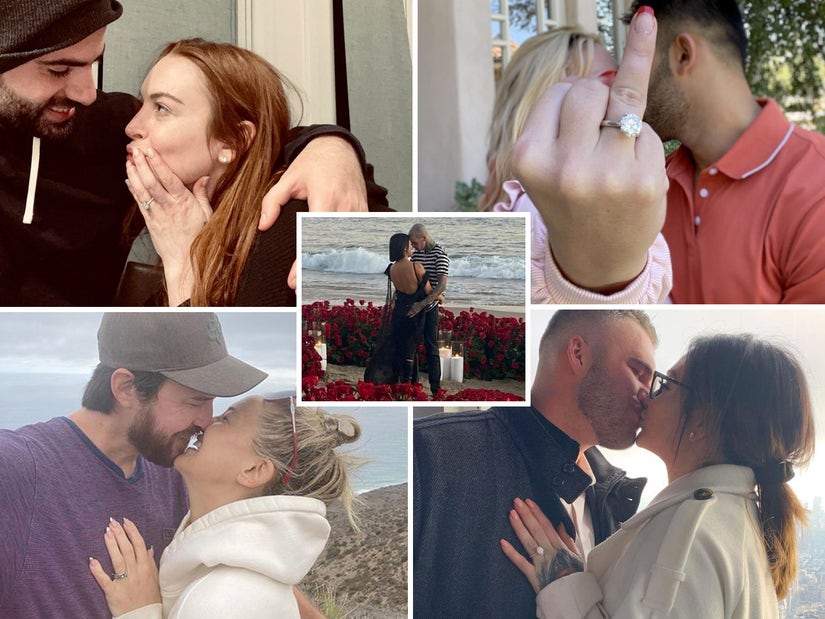