In the year 2000, online dating was in its infancy.

As such, looking for love online was viewed with pitying disdain – it was only for the dateless and desperate who couldn’t pull face to face.

However, for someone with all the in-person pulling power of snapped knicker elastic as I was, online dating worked.

I was in my 20s and had to endure endless nights in clubs not getting approached by anyone (trust me, I was rocking resting bitch face long before it was a thing; the fact that I danced like a lump of concrete probably didn’t help either) but, within two days of placing my ad, I’d had nearly 300 replies.

As far as I was concerned, the internet was the best nightclub ever: I had the guys at my fluffy-sock clad feet as I checked out my long line of suitors from the comfort of my own sofa.

After the ego boost of finding out that, as long as they couldn’t see me (this was before you were expected to upload a picture), men thought I was interesting (hmm, not so flattering now I think about it), it was time for the frog-kissing to begin.

After a few dreadful dates (the one who turned up with half his dinner down his shirt was a memorable low point), I was ready to give up when, during a quick scan of the latest men’s ads, I spotted a nice-sounding guy in my area.

Over the next month, we began exchanging emails and were getting along really well. Then he suggested meeting up. A real gentleman, he said he understood if I was worried about going out with some stranger from the internet and scanned in his work ID as proof he was who he said he was.

He warned me that the pic was ‘a few years old’, but I liked what I saw: blond, blue eyes, athletic build. Here was one frog I could definitely see myself kissing if the conversation flowed in real life as well as it had online. 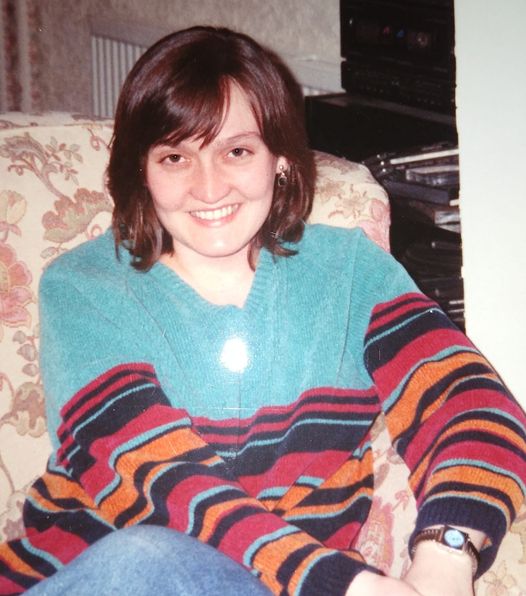 Saturday afternoon came and I turned up at Wetherspoons in my best Dorothy Perkins handkerchief-hem skirt and one-shoulder top (2000 was not a good time for fashion) – and there was my man.

He’d claimed to be 25. What, in dog years? Sure, the blond hair was still there (ish, bit of combover going on) and the eyes were blue, but I felt I’d been taken for a right mug.

I considered just walking out, but since I’d described myself to him and said I’d be wearing red shoes, I didn’t think I’d get away with it, no matter how much I wanted to click my heels and go home. He’d seen me now, so I was going to have to face the music – which, seeing how old he was, was probably going to be Beethoven or something.

Come on, I told myself, this is the guy you’ve been getting along with really well. So what if he’s a bit wrinkly, clearly 20 years older than you and a blatant liar? You’ve had worse. At the very least, you’ve always fancied a go on one of those stairlifts…

I sat down and introduced myself. He gave me a polite smile and a hello, then admittedly I dominated the conversation with nervous chatter: telling him about the outfits I went through getting ready and the bus journey into town, before referring to something I’d said in my most recent email and saying, ‘But well, you already know about that, don’t you?’

At this point he looked up and said, ‘Look love, I’m glad you’ve got a nice top on and everything, but I’m not sure what it’s got to do with me. I’m just trying to have a quiet drink, if you don’t mind.’

It was at that moment I spotted someone at the bar. A 25-year-old man with blond hair and blue eyes, and realised I’d been talking to a complete stranger as if he was my date.

I considered escaping to the toilets, but there was nothing for it but to explain to the older bloke, who, when he saw my date and I bought him a pint to say sorry, saw the funny side.

I then sat down with my date, who was every bit as wonderful in person – and still is, 19 years of marriage and two kids later. I’m just glad he turned up at the right time!

You can find out more about Sue and her books here

So, How Did It Go? is a weekly Metro.co.uk series that will make you cringe with second-hand embarrassment or ooze with jealousy as people share their worst and best date stories.

Want to spill the beans about your own awkward encounter or love story? Contact [email protected]