A heated debate broke out on ITV’s Good Morning Britain this morning over whether a man can identify as a mother.

Journalist Amy Nickell, 28, from London, argued that men and women can both identify as mothers, while another journalist Sonia Poulton said that motherhood is part of female identity, and shouldn’t be taken away from women.

Piers Morgan, meanwhile, described the idea that men can be mothers too as an ‘insult to everyone woman in the country’.

The debate came after London-based theatre company theatre503 put a call out for ‘female identifying mothers’ to write a play about motherhood.

During the debate Amy argued ‘to mother and to father is not gender specific’, while Twitter disagreed with her and said that the topic had gone too far. 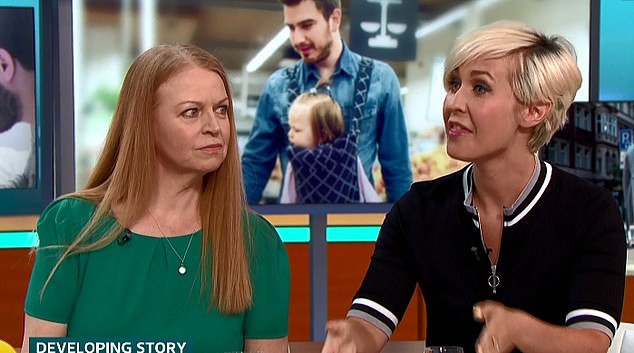 The original tweet which started the debate said: ‘We’re specifically looking for female identifying mothers. But, we have several other call outs that are live as well as this one, (for) which we are welcoming male playwright submissions. ‘

Amy said the tweet was acceptable and, ‘Anyone, including men, can mother and play the role of a mother.’ She went on ask Piers: ‘Would you look into the face of man who has just lost his wife and say that you are not the mother to your children?’

But Piers strongly disagreed with her saying: ‘Yes, he’s the father – I wouldn’t suddenly morph into a mother if I was in this situation.’

While Sonia agreed with Piers and said: ‘Sadly we have to define the roles of mother and father by their gender. Now we’ve experienced the whole messing around with words.’ 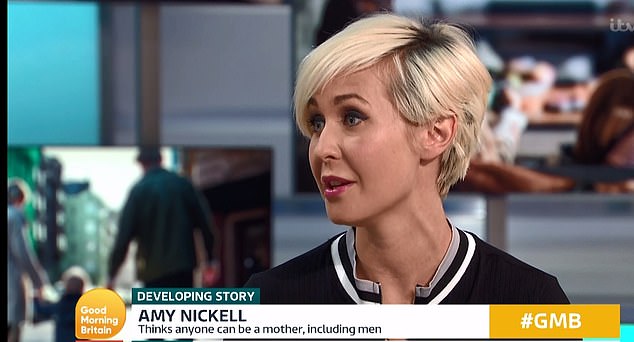 Journalist Amy Nickell, 28, from London, debated that a men and women can both identify as mother 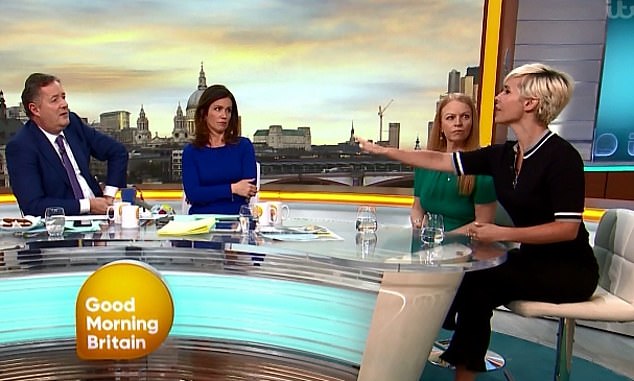 Amy, far right said that anyone, including men, can mother and play the role of a mother 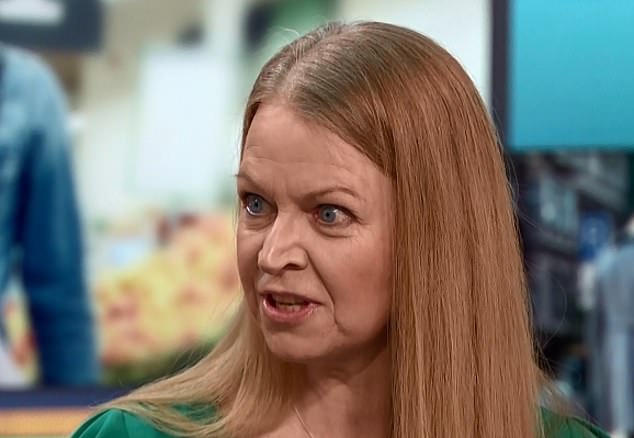 Journalist Sonia Poulton appeared on GMB this morning and said that says motherhood is part of female identity, and shouldn’t be taken away from women

Twitter disagreed with Amy too, with one saying: ‘Mothers are women. That is it. To say that its a skill set is putting Fathers down. Dad is not a dirty word. Piers is right. the world has gone nuts.’

While others were bored with how far the subject had gone, with one saying: ‘Re the mother/father issue: I’m with Piers, stop the world – I want to get off!’

One other GMB fan tweeted saying: ‘Wow. What have I just watched on #GMB? The most ridiculous debate in the world. Females are mothers.

‘Males are fathers. That’s it. Why complicate an already complicated world! Love @piermorgan but wish he just told her (yes, her, because she is a female) to leave!’

Amy, went on to say that ‘to mother or to father is not gender specific.’ While Piers disagreed saying, ‘yes they are,’ and then questioned her, ‘are you a woman?’

Looking slightly baffled by the question she said, ‘I am a woman – I am also capable of the skills it takes to father a child – the skill “to mother” is also something a man can do.’

‘But a man can’t breastfeed’, Piers argued, ‘there are limitations to motherhood for men.’

Amy quickly responded saying: ‘Is having a womb part of it? Would you say to a woman who can’t breast feed that she’s not a mother?’ 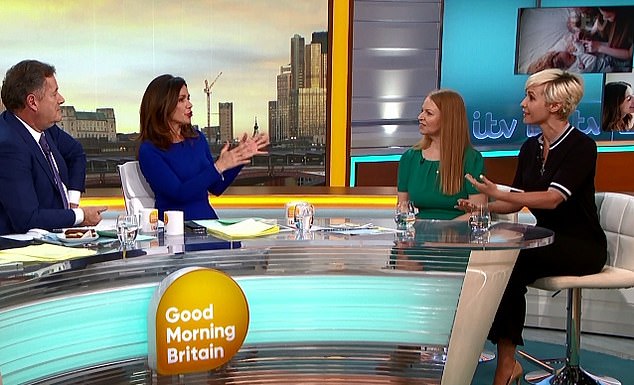 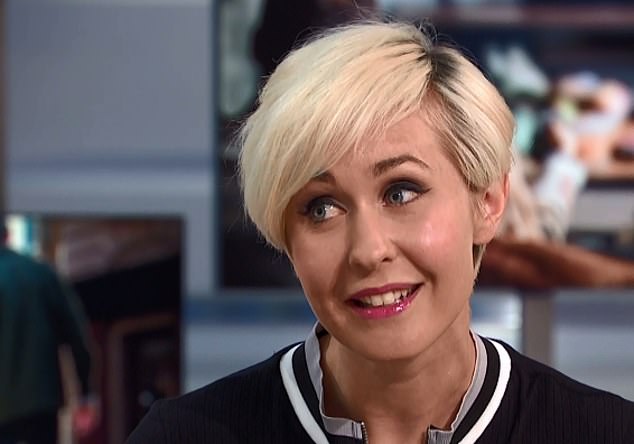 Sonia continued with her argument around the original tweet saying: ‘We have to look at the origin of why that tweet came to be.

‘It was a very sexist tweet as later on they were specifically looking for a male writer. So you can suddenly put on a dress and become a woman, but you can’t do the same with a man?’

‘We need to remember that babies comes from women’s wombs and fathers can be nurturing, but they have different skill sets – this play is about motherhood so it should absolutely be written by mothers.’ 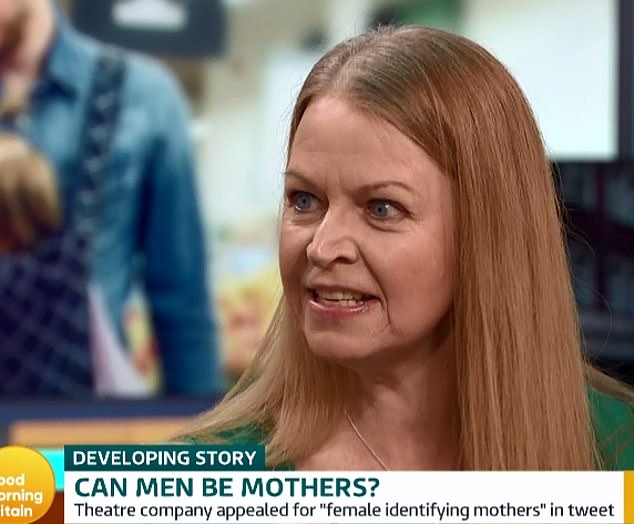 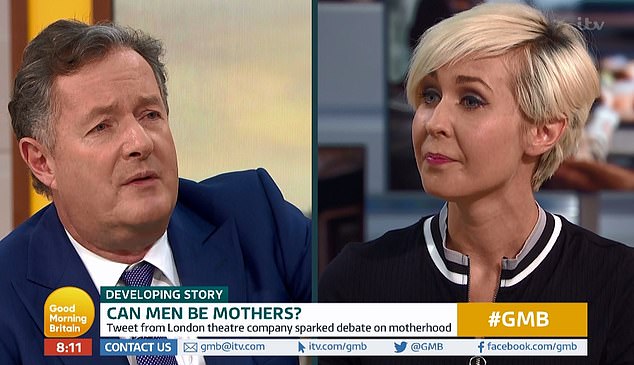 While Piers closed the argument by saying that: ‘It’s an insult to every women in the country that these men are coming along and saying “I’m mummy”.’

Some did side with Amy though, with one person tweeting that Piers was wrong: ‘For instance, Piers says only women can breastfeed.

‘So can trans men. So essentially Piers (even unintentionally) is being transphobic.’ 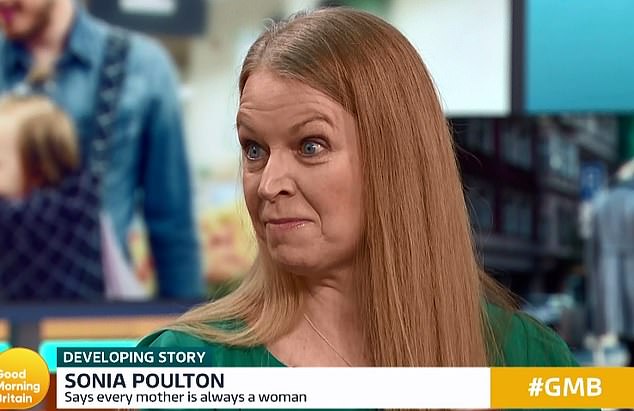