HENRY DEEDES: What a moment! With Ursula’s ink barely dry, Boris’s toothy grin said… WE. ARE. OUT.

Boris Johnson has signed the deal that will allow Britain to break free of the EU, declaring it was ‘not the end but a new beginning’.

The Prime Minister put pen to the Brexit trade agreement in Downing Street after it was flown by an RAF plane from Brussels.

As he marked the historic moment, Mr Johnson said: ‘I want everybody to understand that the treaty that I’ve just signed is not the end, it is a new beginning. 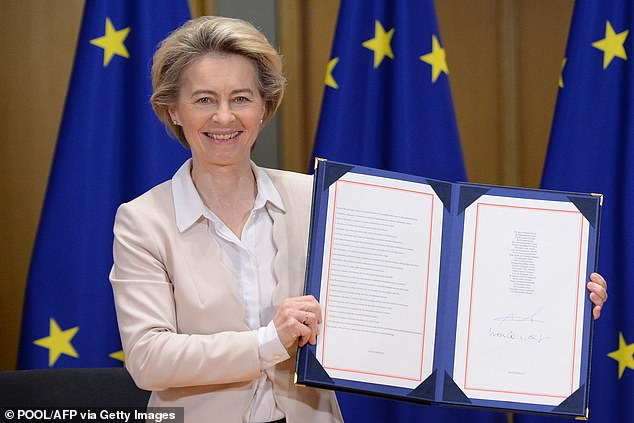 ‘I think the beginning of what will be a wonderful relationship between the UK and our friends and partners in the European Union.’

Hours earlier, EU chiefs Ursula von der Leyen and Charles Michel had added their signatures to the deal agreed on Christmas Eve at the end of nine months of negotiations.

Britain will finally break free from the EU at 11pm tonight after MPs voted overwhelmingly to put the agreement into law by 521 votes to 73.

The Lords was expected to follow suit last night as the Government rushed the approval through Parliament in a single day. The Queen was due to give royal assent at around midnight.

As he spoke in the Commons yesterday, Mr Johnson said he hoped it would end the ‘old, desiccated, tired, super-masticated arguments’ that have dogged the country for years and enable it to move forwards to a ‘new and great future’. 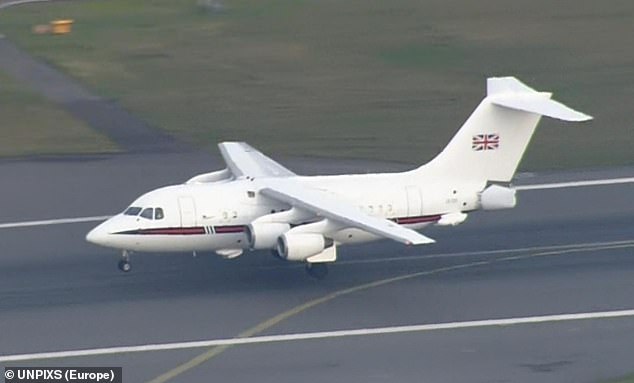 Tory Eurosceptics were jubilant, declaring that the ‘battle for Brexit’ had finally been won.

Veteran MP Sir Bill Cash said: ‘Churchill and Margaret Thatcher would have been deeply proud.’ Tory Europhiles also rallied around, with all the party’s MPs voting for the deal save arch-Brexiteers Owen Paterson and Sir John Redwood, who abstained.

Former prime minister Theresa May welcomed the agreement, but cautioned that it did not do enough for the City and financial services.

Labour leader Sir Keir Starmer said that while the agreement was thin with many flaws, the alternative was to leave the EU single market and customs union with no agreement, pushing up prices and driving businesses to the wall.

But he faced embarrassment as almost a fifth of his 200 MPs defied his order to vote for the deal – 36 abstained while one voted against.

Some MPs criticised the lack of time they had been given to examine the deal, with the Commons debate shorter than five hours. 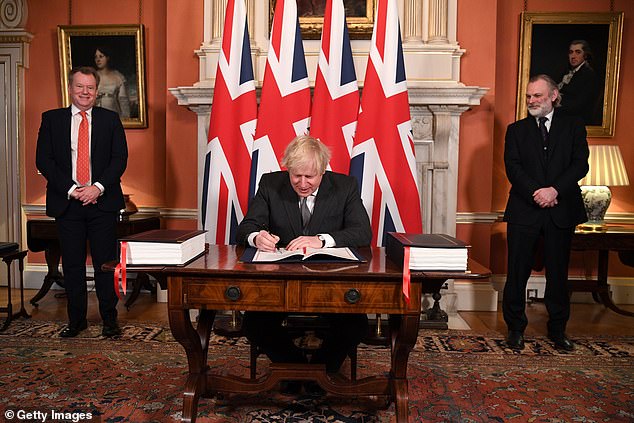 Wrapping up the debate, Cabinet Office Minister Michael Gove said the deal leaves the UK ‘as sovereign equals with the EU’.

‘Democracy is why we are here. More people in the 2016 referendum voted to leave the European Union than have ever voted for any proposition in our history,’ he told MPs.

‘And now, four-and-a-half years later, we can say that we have kept faith with the people. This deal takes back control of our laws, our borders and our waters and it also guarantees tariff-free and quota-free access to the European market.’