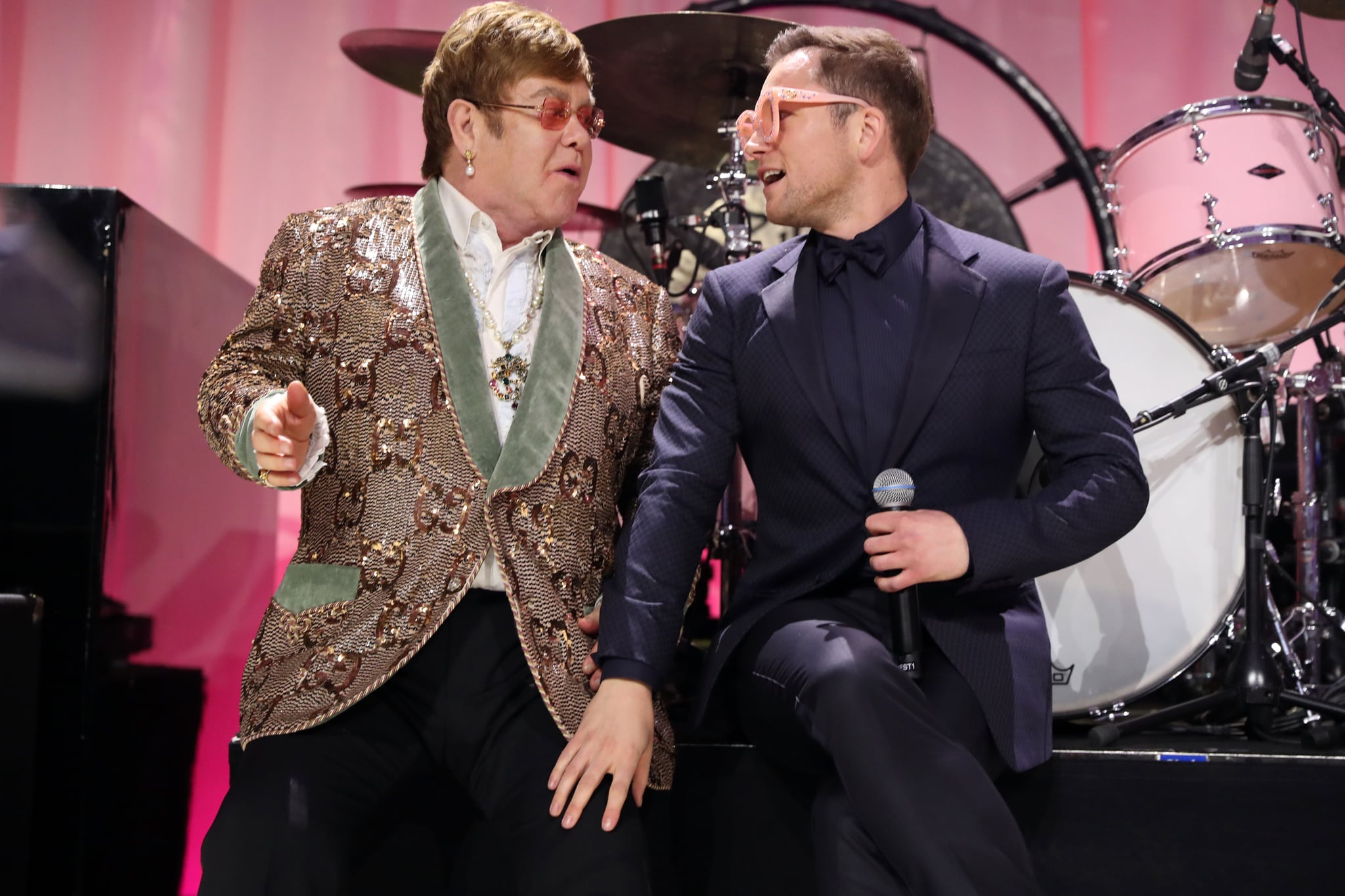 The musical movie has had quite the resurgence in the past few years. There were original musicals in the classic mold of storytelling through song, like La La Land and The Greatest Showman; stories set in the music world, like A Star Is Born; and, of course, real-life “behind the music” movies, like recent Oscar nominee Bohemian Rhapsody. The latest entry into the genre is slated for a release later in 2019: Rocketman, the wild story of pop legend Elton John’s early rise to fame. The film stars Taron Egerton as the musical icon — but what does the real Elton John have to say about all of this?

Like other recent music biopics such as Bohemian Rhapsody, Rocketman has been made with the approval and input of the actual musician. John is producing the movie himself, and he was involved in its development, which, as the first teaser trailer playfully describes, is “based on a true fantasy.” Egerton himself confirmed this in an interview with Collider. “Everyone thinks it’s a biopic,” he said. “It isn’t. It’s a fantasy musical, so it’s actually his songs used to express important beats in his life at emotional moments. He’s not the only character that sings. It’s going to be fun.”

John himself hasn’t given many interviews about the movie at this point, but his husband, producer David Furnish, told The Hollywood Reporter that John definitely approves of the film and its casting. Apparently, he even gave Egerton some advice!

“Elton has told Taron, ‘Don’t copy me. Don’t think you have to sing it exactly the way that I sang it. Don’t think you have to perform it the way I performed it.’ I think it’s the challenge for the actor to embody the spirit and not get into thinking they have to do an impersonation.” And when Furnish played clips of Egerton in character for John to see?

“When I played the songs for Elton, he was blown away, really blown away . . . Elton was like, ‘It can’t get any better for me,'” Furnish said.

John has also been promoting the movie on social media. In the days leading up to the first teaser’s release, he posted a pic of Egerton in character to his Instagram with the caption, “Hold on to your glasses, this is going to be a wild ride!! Here’s Taron Egerton (portraying me!) on the set of the #Rocketman movie.” For the trailer’s first look, he also tweeted out a link to the video, writing, “Here it is, the official teaser trailer for #Rocketman! The epic musical fantasy arrives in cinemas Summer 2019.”

If you needed any further proof of how closely John is involved with the movie — and how thoroughly he approves of the cast — look no further than his impromptu performance during his annual Oscars party. He and Egerton hopped on stage together for a duet of the iconic song “Tiny Dancer,” with John on the piano and chiming in on the chorus. The sheer joy on both their faces is proof enough that this has been a pretty great collaboration. We’ll get to see the rest of the fruits of their labor when Rocketman hits theaters on May 31!