Here’s what we know about those who died. 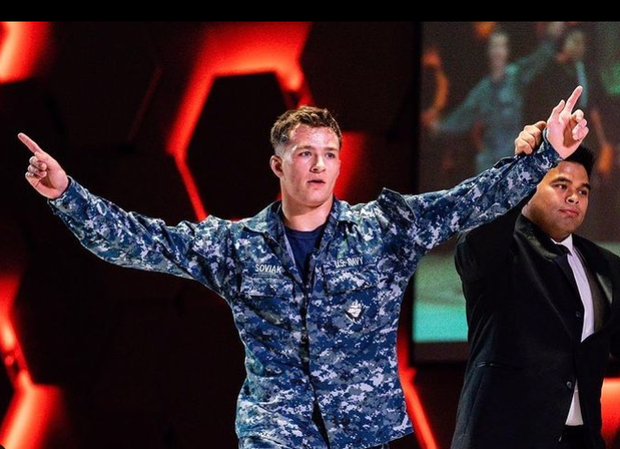 “As a football player he was full tilt 100 miles an hour, fearless which leads you to understand you know where he was and what maybe happened,” Jim Hall, head football coach at Edison, told CBS Cleveland, Ohio, affiliate WOIO-TV.

“It didn’t seem real,” Hall said. “It still really doesn’t you know great kid, loved life. He was bright, bright kid, and it doesn’t seem right, it doesn’t seem fair you know I just hope the best for his family.”

“He just loved life,” Edison High School superintendent Thomas Roth told WOIO-TV. “He was out there and enjoyed things and he was helpful for others as I think we all can see from what happened yesterday you know he was always there to help other people. He wanted to be of service and that’s what he did.”

Sergeant Ryan C. Knauss went to Gibbs High School before he enrolled in the Army, his family told CBS Knoxville, Tennessee, affiliate WVLT-TV. Knauss was a member of the Army’s 82nd Airborne division and a staff sergeant.

Knauss had only been in Afghanistan for a week before his death but had previously spent nine months in the country, his grandmother told WVLT.

No local funeral arrangements have been made at this time, family members said. Knauss will be buried at Arlington National Cemetery.

“He led his men, and they followed him, but I know in my heart of hearts he was out front,” Hoover Sr. said. “They [his fellow Marines] would follow him through the gates of hell if that’s what it took.”

He said the 9/11 terrorist attacks moved his son, who was a child at the time, to vow he’d serve in the military. “He decided, ‘That’s what I want to do,'” Hoover Sr. told KUTV.

Hoover Jr., 31, was based at Camp Pendleton in California.

“(He was the) best kid in the world,” his father said. “Couldn’t ask for any better.” 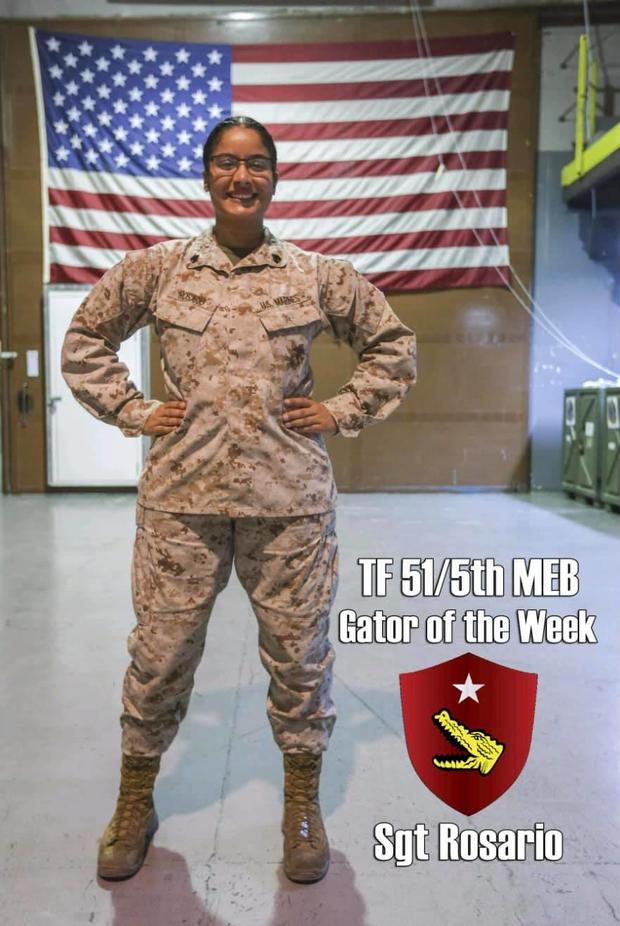 Sergeant Johanny Rosario Pichardo was screening women and children at the Abbey gate when the attack took place, according to Marine First Lieutenant John “Jack” Coppola. He told CBS News in an email that Pichardo, a supply chief from the 5th Marine Expeditionary Brigade, was a member of the brigade’s Female Engagement Team (FET). FETs, he said, are “volunteer teams of female Marines with the experience and maturity necessary to enable continuity of operations while respecting cultural norms.”

Coppola said Pichardo’s service “was not only crucial to evacuating thousands of women and children, but epitomizes what it means to be a Marine: putting herself in danger for the protection of American values so that others might enjoy them.”

Pichardo is a Lawrence High School graduate and former Bridgewater State University student. She is survived by her mother and sister, CBS Boston reports, and will be laid to rest in Lawrence, where her family lives.

“It was her family’s wish that Rosario is remembered and honored as a hero,” Lawrence Mayor Kendrys Vasquez said Saturday. Bridgewater State University also released a statement saying the “community is struck with profound grief upon learning of the death of one of our own” even though Rosario only attended for a semester before committing herself to the Marines.

Marine Corps Sergeant Nicole L. Gee was one of several Marines seen cradling and comforting Afghan children amid evacuations just days before her death. On August 21, Gee posted a photo of herself holding an Afghan child on Instagram. “I love my job,” the 23-year-old Sacramento native wrote.

Gee was sworn into the Marines less than a year ago and was promoted to sergeant three weeks before the Kabul attack, according to posts on her Instagram account.

Gee was married to a fellow Marine, Jarod Gee, her sister Misty Fuoco said. Nicole posted several Instagram photos of her and her husband celebrating the holidays and celebrating his own promotion to sergeant just a few months ago. 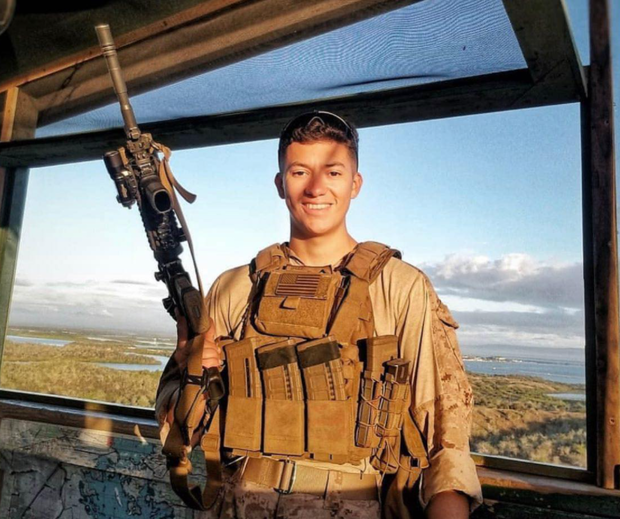 Corporal Hunter Lopez joined the Marine Corps in 2017 and was a member of the 2nd Battalion, 1st Marines, according to a statement released by the Riverside Sheriff’s Department.

Lopez, 22, was the son of Riverside Deputy Sheriff Alicia Lopez and Riverside Sheriff’s Captain Herman Lopez. He intended to follow his parents into law enforcement after his current deployment and become a Riverside County sheriff’s deputy, the department’s statement said. 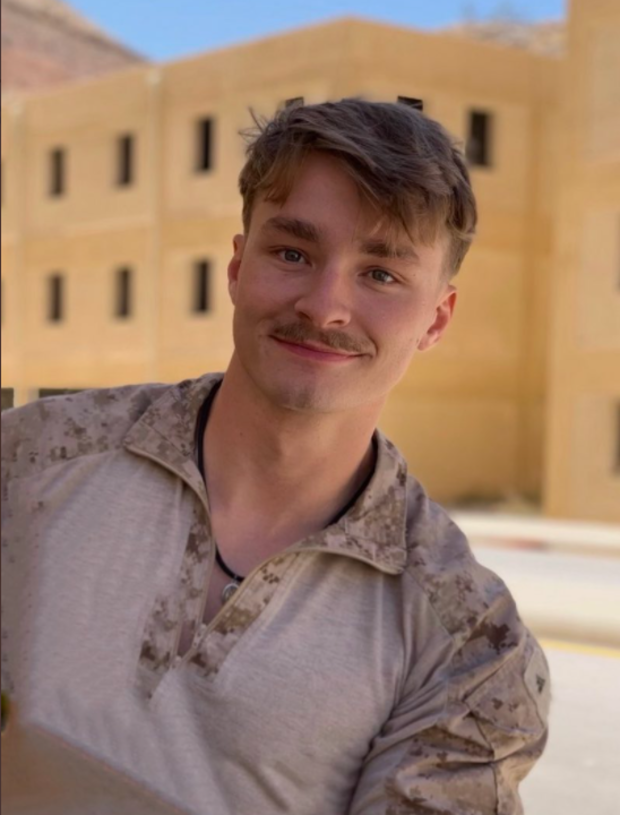 Corporal Daegan Page joined the Marine Corps after he graduated from Millard South High School, according to a statement his family released to local news outlets.

He grew up in Red Oak, Iowa, and the metro Omaha area and was a member of the Boy Scouts. He enjoyed playing hockey and hunting and “spending time outdoors with his dad,” the statement said. He loved the Chicago Blackhawks.

Page “always looked forward to coming home and hanging out with his family and many buddies in Nebraska.” Once he finished his service in the Marines, he planned to attend a local trade school and perhaps become an electrical lineman, the statement said. 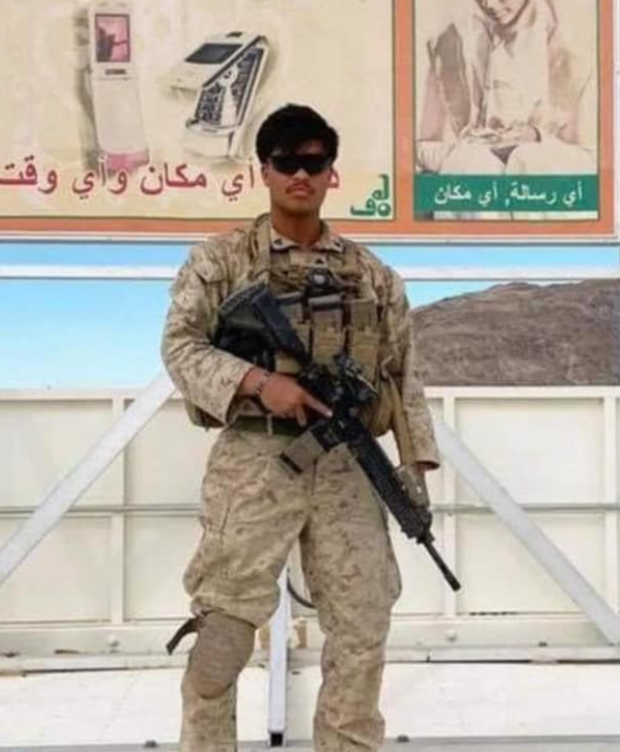 Corporal Humberto Sanchez was a 2017 graduate of Logansport High School who played varsity soccer and was on the homecoming court in his senior year, according to the IndyStar.

The school’s principal, Matt Jones, told the IndyStar that Sanchez was one of five students in his class who enlisted in the Marines. He remembered Sanchez as “a bright, athletic young man who was popular, well-liked by his soccer teammates, classmates, coaches, and teachers.”

“This young man had not yet even turned 30 and still had his entire life ahead of him,” Martin wrote. “Any plans he may have had for his post-military life were given in sacrifice due to the heart he exhibited in putting himself into harm’s way to safeguard the lives of others.”

Indiana Congressman Jim Baird posted his condolences on Facebook, too, saying, “He bravely answered the call to serve his nation, and I am both proud of his service and deeply saddened by his loss.”

The city of Laredo posted its condolences on Facebook.

The City of Laredo expresses its most heartfelt condolences to the family and friends of U.S. Marine David Lee Espinoza,…

For Lance Corporal Jared Schmitz, being a Marine “was something he always wanted to do,” his father, Mark Schmitz said in an interview, “and I never seen a young man train as hard as he did to be the best soldier he could be.”

“He just went over in the last two weeks,” his father, Mark Schmitz, told radio station KMOX in an interview Friday. Schmitz had been stationed in Jordan, and when the situation deteriorated in Afghanistan during the U.S. withdrawal, he was one of the thousands of U.S. troops deployed to Kabul.

Mark Schmitz’s voice broke as he told KMOX, “I’m very honored that I could call him my son — his life meant so much more. I’m so incredibly devastated that I won’t be able to see the man that he was very quickly growing into becoming.”

Rylee McCollum was a native of Bondurant, Wyoming. He attended Jackson Hole High School and was a 2019 graduate of Summit Innovations School in Jackson, according to CBS Wyoming affiliate KGWN-TV.

He was a husband and expectant father, according to The Associated Press.

“He was a Marine before he knew he was allowed to be a Marine,” McCollum’s sister, Cheyenne McCollum, told AP.

An uncle of McCollum’s wife, Gigi, tweeted a picture of both of them at the dinner table: “thank you all for your prayers, outpouring love to Gigi, and recognizing our own American Hero.”

Lance Corporal Dylan R. Merola had only been in Afghanistan for a little over a week, his mother told CBS Los Angeles.

“He was supposed to come home in a couple of weeks,” said a loved one.

The Los Osos High School graduate planned to go to college and study engineering. He was honored at his alma mater’s first football game of the season.

“One of the best kids ever,” his mother Cheryl Merola said. “Kind, loving… he would give anything for anybody.”

“Just a good kid. Really had a strong energy about him and knew what he wanted to do,” Norco High School principal Robert Ibbetson said. “It was neat to see that kind of direction and drive and goal-setting.”

He is survived by his mother, father and siblings, the City of Norco confirmed Friday night.

The City of Norco mourns the loss of Norco resident and @NorcoHighSchool graduate @USMC Lance Corporal Kareem Nikoui, who was killed in action while stationed at the Hamid Karzai International Airport in #Kabul, Afghanistan.

The bombing happened at Kabul airport’s Abbey Gate hours after the U.S. Embassy in Kabul warned Americans to stay away from the airport due to “security threats.” A defense official told CBS News on Friday that the suicide bomb is estimated to have contained 25 pounds of high explosives. An average suicide vest contains just 5-10 pounds. The vest also had shrapnel to increase its deadly effects. ISIS-K later claimed responsibility.

Speaking after the attack, President Biden vowed retribution, saying, “We will not forgive. We will not forget. We will hunt you down, and make you pay.” Soon after Mr. Biden’s address, the White House announced flags would be flown at half staff through Monday.

The U.S. announced Friday night it launched a drone strike in northern Afghanistan, killing two ISIS-K members. It was not clear whether the members were involved in the bombing.

The U.S. Embassy in Kabul continues to encourage people to avoid the Kabul airport.

“Because of security threats at the Kabul airport, we continue to advise U.S. citizens to avoid traveling to the airport and to avoid airport gates,” the embassy wrote on its website Friday night. “U.S. citizens who are at the Abbey gate, East gate, North gate or the New Ministry of Interior gate now should leave immediately.”

Kabul’s airport has been overrun with people desperate to flee Afghanistan since the Taliban took control of the country. Since August 14, the U.S. has evacuated and facilitated the evacuation of approximately 105,000 people, according to the White House. The U.S. is scheduled to complete its withdrawal from Afghanistan Tuesday.

The Defense Department said the bombing remains under investigation.