He’s plastic and fantastic! The first photo of Ryan Gosling as Ken in the new Barbie movie has the actor rocking a very different look.

Everything to Know About Margot Robbie’s Live-Action ‘Barbie’ Movie

Warner Bros. released the first look on Wednesday, June 15, which shows the Notebook star, 41, as the famous boy toy. Gosling wears a light wash denim vest with frayed sleeves and no shirt underneath, naturally. The vest matches his jeans, which are letting the top of his Ken-branded underwear peak out.

The Canada native looks like a California dude with his bleach blonde ‘do. He also rocks a spray tan with perfectly sculpted abs and no body hair. 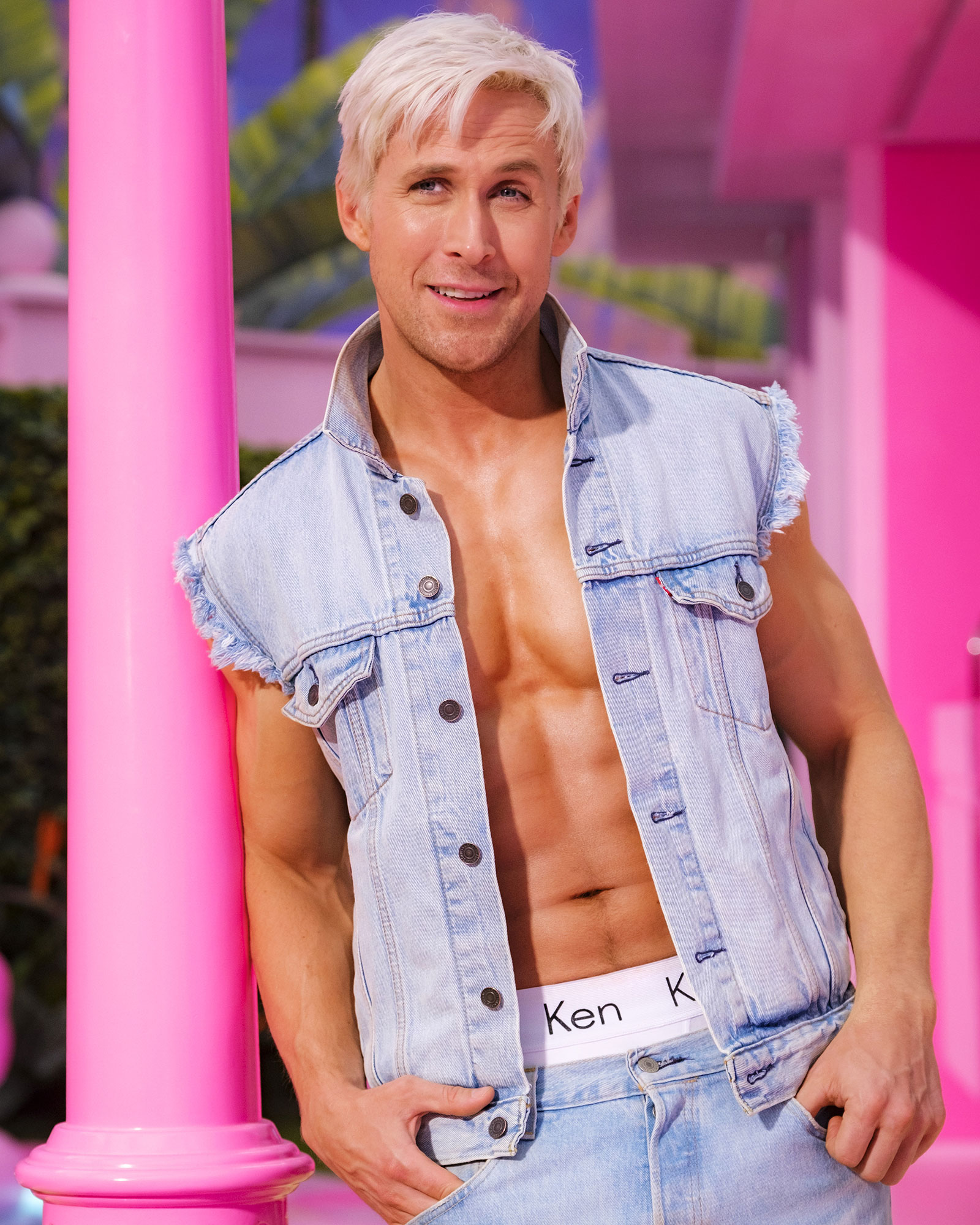 Gosling will star opposite Margot Robbie, who plays the titular doll in the film. Greta Gerwig is directing, and the Oscar nominee, 38, co-wrote the Barbie script with her longtime romantic partner Noah Baumbach.

Much like the first snap released from the flick, the hot pink background and bright lighting are bringing strong Malibu Dream House vibes.

The Barbie cast will also include America Ferrera, Kate McKinnon and Simu Liu. The Marvel star, 33, gushed about the script, which he didn’t read until a junior agent on his team said it was one of the best scripts he’d ever read. “He literally said this verbatim,” Liu told GQ UK in a May interview. “He was like, ‘If I could stake my career on any one script, it’s the Barbie script. I really think you should do it.’”

The Shang-Chi and the Legend of the Ten Rings star went on to describe the toy-inspired film as “wild” and “incredibly unique.” He added, “I wish I could just show you what we do day to day because it’s crazy.”

Robbie, 31, has been just as vague when teasing the live-action movie. When she described the role during an interview with British Vogue in August 2021, the Birds of Prey actress said the blonde bombshell “comes with a lot of baggage” and “a lot of nostalgic connections” for millions of fans.

However, like Liu, she also hinted at big surprises.

“But with that come[s] a lot of exciting ways to attack it,” she shared at the time. “People generally hear Barbie and think, ‘I know what that movie is going to be,’ and then they hear that Greta Gerwig is writing and directing it, and they’re like, ‘Oh, well, maybe I don’t.’”

Filming is currently underway for the Barbie movie, which is set to be released in theaters on July 21, 2023.