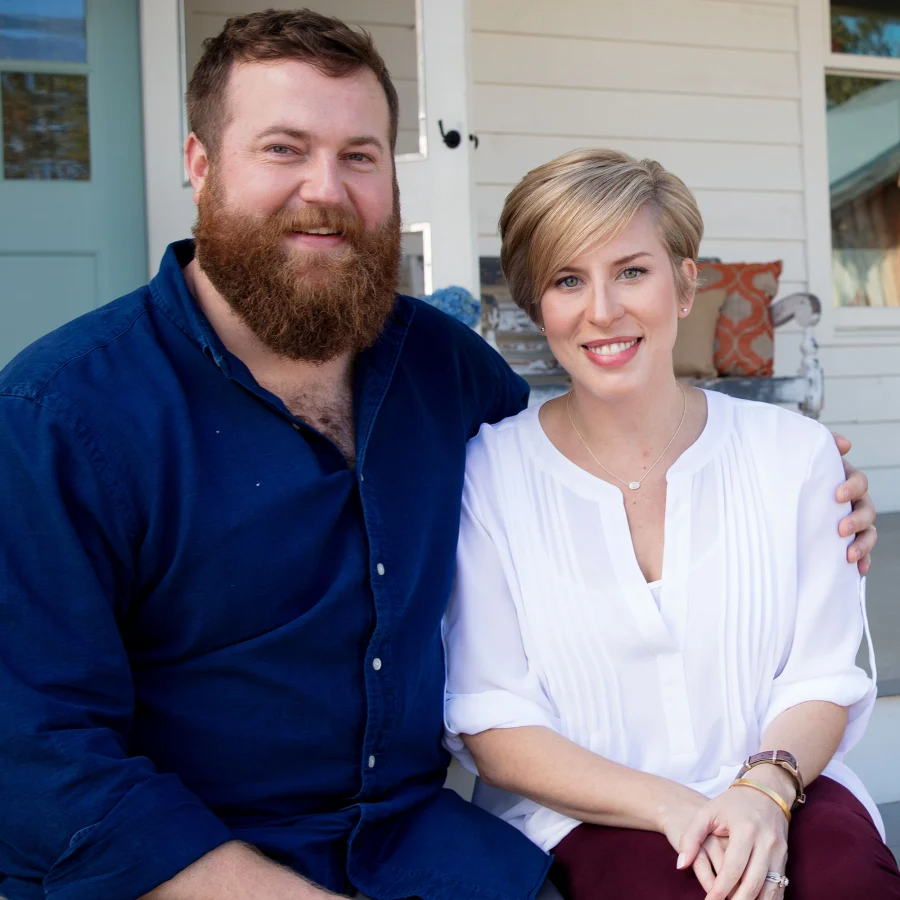 “Mae turned one year old a couple weeks ago,” the Home Town designer, 36, wrote via Instagram on Sunday, June 12, alongside a photo of Mae playing with a xylophone in her playhouse. “She says dada, mama, yaya, mmmm (for milk!), hen (Helen!), hey! Her favorite book is Goodnight Moon, her favorite food is banana, when she hugs my neck she sighs ‘ooooh. oooooh.’” 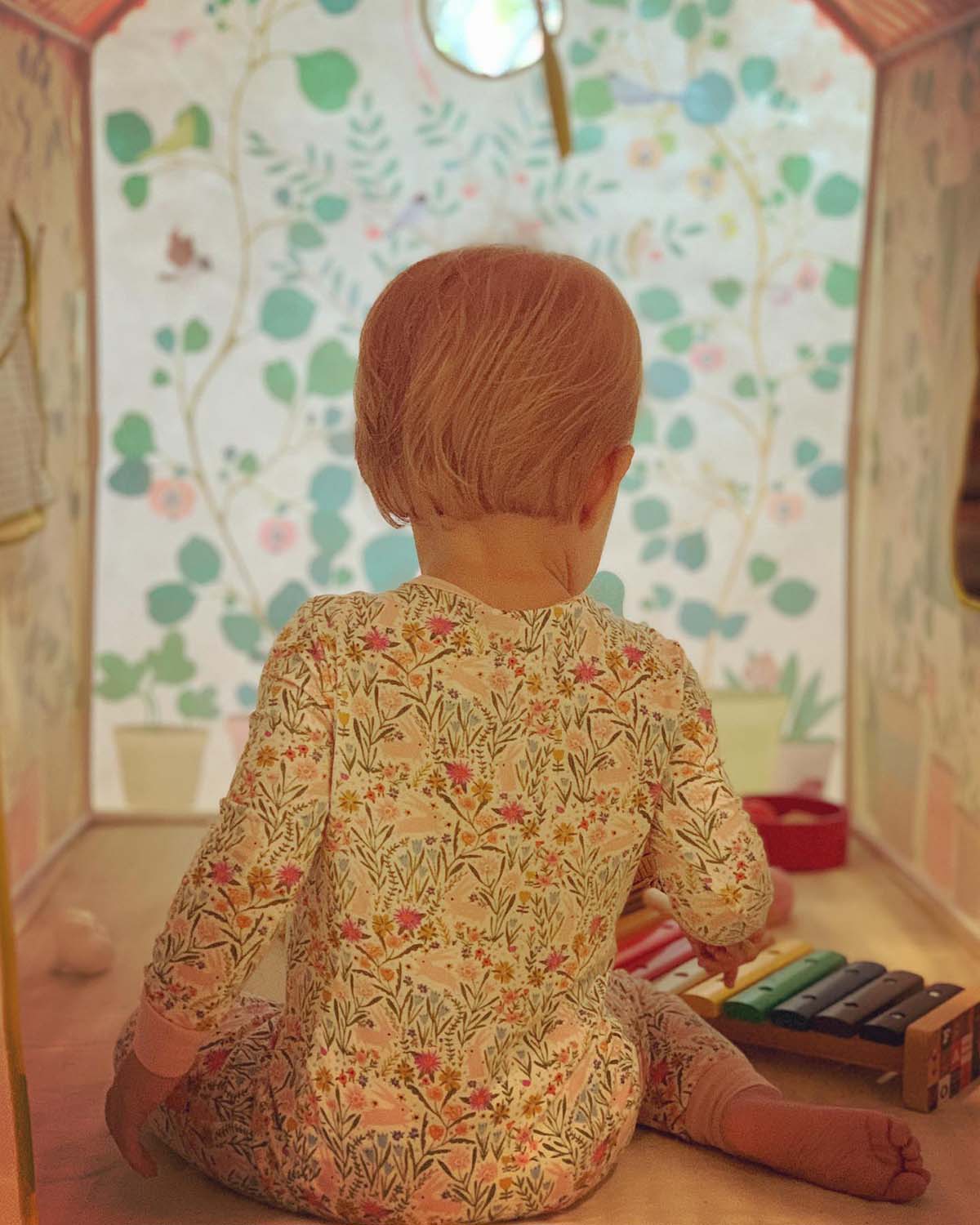 Napier continued, gushing that her daughter “loves to dance, and could walk by herself if she would let go of my one finger she believes keeps her on her size 3 feet. She is my adventurous one, fearless, climbing and falling, but always ready to get back up and try it again.”

The home improvement TV personality concluded her post by writing that she is “so thankful for this angel girl’s life.”

Napier and her husband, Ben Napier, welcomed Mae in May 2021. The couple — who tied the knot in 2008 — are also parents of 4-year-old Helen, who struggled with the concept of becoming a big sister when Mae first arrived. “She’s now finding out that Mae is starting to show a personality,” Erin told Us Weekly exclusively in March. “She can clap her hands, she can crawl and everybody cheers and is so excited. I think she’s starting to feel a little, like, ‘Well what about me?’”

She continued: “Helen is never, ever ugly toward her baby. This morning, they were having a ball playing together. It was the first time where Helen was really playing with her. Like, they were friends and not just like, ‘Don’t take my toy.’”

Ben, 38, added that his daughters were able to finally bond over a shared love of food. “Helen came running up to her, and Mae was so excited and held [a waffle] out for her and Helen bit it,” the woodworker told Us. “Mae thought that was hilarious. And then they were playing. It was really good.”

While the twosome are happy to let the girls find things to connect over on their own, they’re stricter about how much they share about the little ones online and on their show. “I don’t want them to feel like [we] shared too much of [their] life when [they were] young without [their] permission,” Erin said that month. “Cause our parents never had any kind of option do that with us.”

“I want to share pictures of their beautiful faces every day. Like, I wish that’s all I posted,” the Make Something Good Today author joked. “But it doesn’t feel right. Something about, it feels like I need to, I need to guard them more than that.”