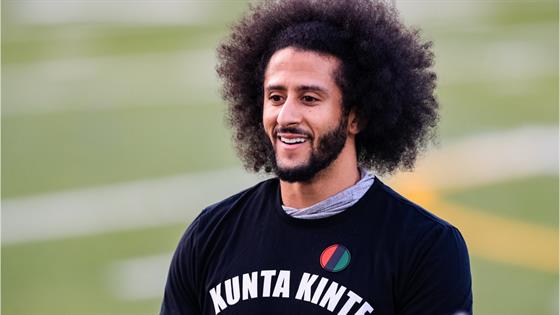 Should the call come, Colin Kaepernick is ready.

Absent from NFL rosters for more than three years, the 32-year-old league veteran has been waiting, patiently waiting, for any team willing to take a chance on a dual-threat quarterback with quick feet, a strong arm and the emotional fortitude of a leader.

“My desire to play football is still there,” he told USA TODAY Sports this past February, some seven years after he led the San Francisco 49ers to a Super Bowl appearance. “I still train five days a week. I’m ready to go, I’m ready for a phone call, tryout, workout at any point in time. I’m still waiting on the owners and their partners to stop running from this situation. So I hope I get a call this offseason. I’ll be looking forward to it.

He’ll likely skip the “I told you so.”

Four years before millions of protestors took to the streets of New York, Los Angeles, Minneapolis, Sydney and Seoul, loudly demanding racial justice and systematic changes to how police forces are run, the talented athlete from Northern California was leading the charge with a silent, peaceful gesture.

He knelt during the National Anthem.

When considered against the searing images of Minneapolis police officer Derek Chauvin kneeling on unarmed George Floyd‘s neck as he repeatedly gasped, “I can’t breathe,” and the protests—both peaceful and destructive—that have followed, it’s almost hard to imagine something so small could incite such outrage.

And yet, it did. In the words of Kaepernick’s now infamous Nike campaign, he chose to believe in something, namely, that the systemic oppression of black people was a cause worth fighting against, “Even if it means sacrificing everything.” 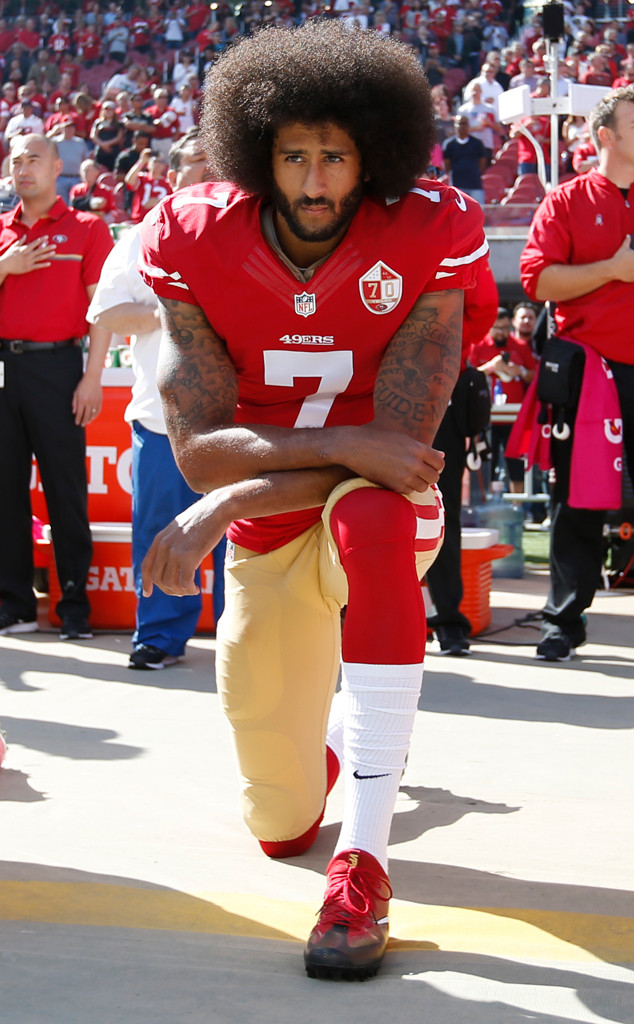 As his protest grew in measure, with 49ers safety Eric Reid, former Nevada teammate Brandon Marshall and other players, including some 27 players on the Ravens and Jaguars, taking a knee, he was villainized for his views, skewered as unpatriotic despite all his evidence to the contrary. Fans burned his jersey and spoke of boycotts. Donald Trump took a hardline stance against athletes’ right to protest, declaring “Wouldn’t you love to see one of these NFL owners, when somebody disrespects our flag, to say, ‘Get that son of a bitch off the field right now. Out. He’s fired. He’s fired!'”

Kaepernick was, indeed, forced to find a new line of work, effectively blackballed from the league despite the general consensus he was one of the more talented QB options with 72 career touchdowns and a handful of rushing records. Though his stance led to a slight moving of the chains within the league, officials agreeing to earmark $89 million in funds for players’ community activism endeavors, not one owner was willing to take a chance on signing the former second round pick.

A 2017 grievance he filed, accusing the league and all 32 of its teams of colluding to keep him off the field, led to a confidential 2019 settlement that some thought would be a permanent benching. (Though, perhaps that could change with the league’s fresh stance on his movement and their admission that “we were wrong for not listening to NFL players earlier and encourage all to speak out and peacefully protest.”)

I can't thank my Brother @common enough for coming to our Know Your Rights Camp in Chicago! His passion for the people is obvious in the way he speaks and interacts with them. @yourrightscamp #KnowYourRights Chicago

I can't thank my Brother @common enough for coming to our Know Your Rights Camp in Chicago! His passion for the people is obvious in the way he speaks and interacts with them. @yourrightscamp #KnowYourRights Chicago

Pivoting into a second act as a civil rights activist, Kaepernick founded Know Your Rights Camp, an educational nonprofit committed, as its site declares, to advancing “the liberation and well-being of Black and Brown communities” and Kaepernick Publishing, dedicated to to highlighting work by people of color.

Among those authors is Kaepernick himself, the University of Nevada grad eschewing the sizable advanced he could have netted for his upcoming memoir to ensure he would have full control over his narrative. “I’ve had a lot of questions surrounding what got me to the point of protesting,” the athlete, dating MTV and Hot 97 radio host Nessa, explained to USA TODAY Sports in February. “Why did I do it? Why did I do it at that moment? Why wasn’t it earlier in my career? A lot of questions surrounding what led me to that point. Which led me to wanting to share that story and give insight.” 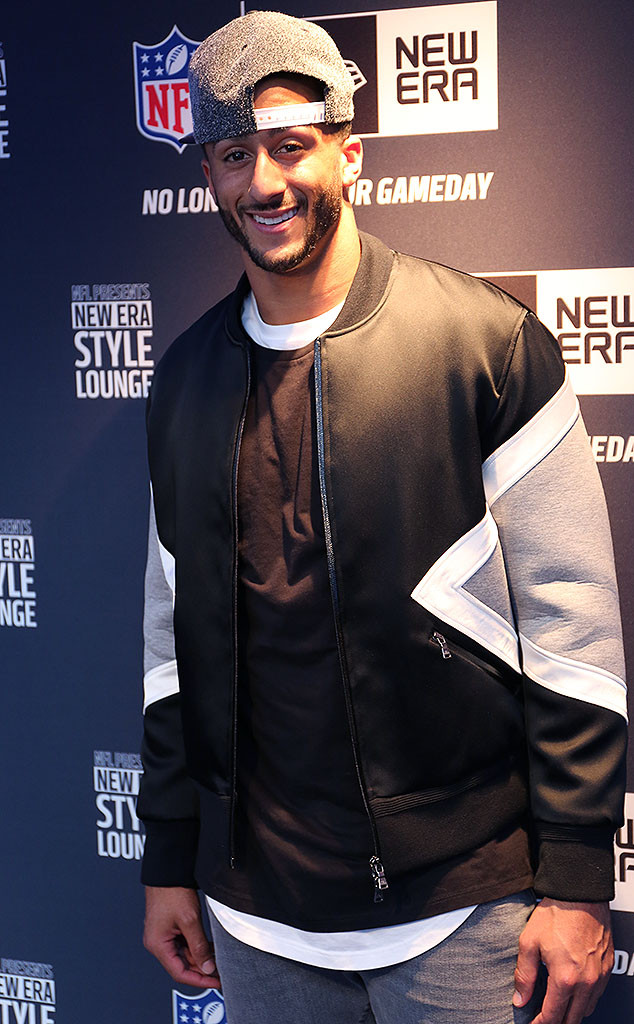 The general why of it all seems fairly clear.

Back in the summer of 2016, father of five George Floyd was making a living in Minneapolis as a truck driver and bouncer and Breonna Taylor was a 23-year-old University of Kentucky grad with a promising future in medicine—their lives seemingly stretched out in front of them. But that wasn’t the case for Alton Sterling, shot by two Baton Rouge police officers that July, Philando Castile, killed by a cop in Minnesota the next day, Charles Kinsey, shot by police in Miami not quite two weeks later and countless other black men and women, including Eric Garner, felled by a choke hold as he was arrested on suspicion of selling single cigarettes in 2014. As the deaths piled up, Kaepernick, born to a white mother and a black father, then adopted by a white family, knew he had to use his platform to take a stand.

Or a seat, rather.

His decision to remain on the bench during the national anthem at the 49ers Aug. 14 preseason matchup against the Houston Texans didn’t garner much attention. In fact, it wasn’t until their third game, against the Green Bay Packers, that NFL.com reporter Steve Wyche even noticed the QB seated between two coolers and decided to approach him for a conversation following the post-game conference. 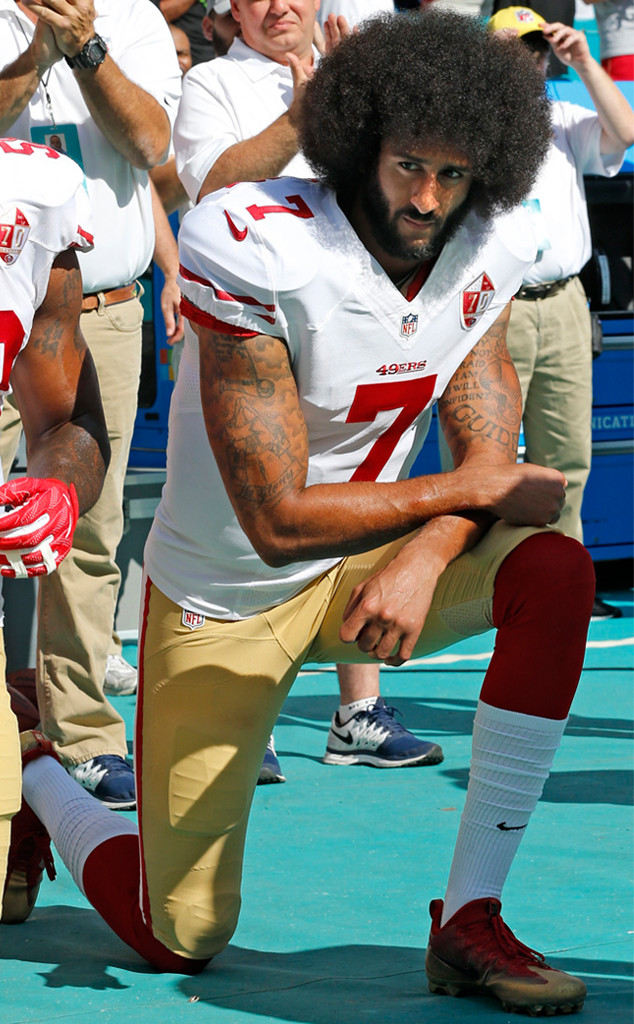 “I am not going to stand up to show pride in a flag for a country that oppresses black people and people of color,” Kaepernick explained, noting he’d spent quite some time working through his thoughts, speaking to various members of his family and educating himself before putting forth his plan. “To me, this is bigger than football, and it would be selfish on my part to look the other way. There are bodies in the street and people getting paid leave and getting away with murder.”

He knew that speaking out was risky, that people would have a visceral reaction to “The Star-Spangled Banner” and anything representing the American flag. But, he thought, shouldn’t the destruction of American people illicit something stronger?

Choosing not to mention his protest to anyone in the 49ers organization, “I am not looking for approval. I have to stand up for people that are oppressed,” he said. “If they take football away, my endorsements from me, I know that I stood up for what is right.” 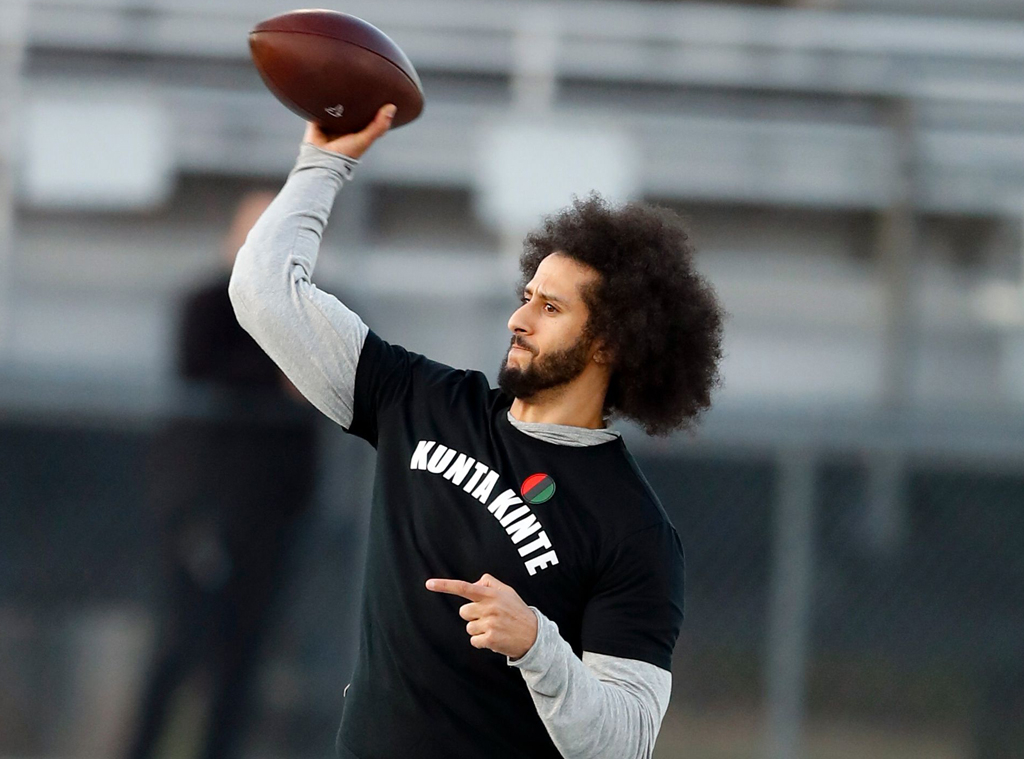 Can, in fact, still play some football—a fact made evident during a November tryout.

Refusing to play ball with the league’s demands that he sign a liability waiver and keep the workout largely closed off to press, Kaepernick moved the whole operation from the Atlanta Falcons’ training facility to a high school more than an hour away. Scouts from eight teams watched as he targeted receivers with crisp, long passes. And yet his number remained uncalled.

“I’ve been denied for three years. We all know why,” he said after the session. “I came out here and showed it today in front of everybody.” 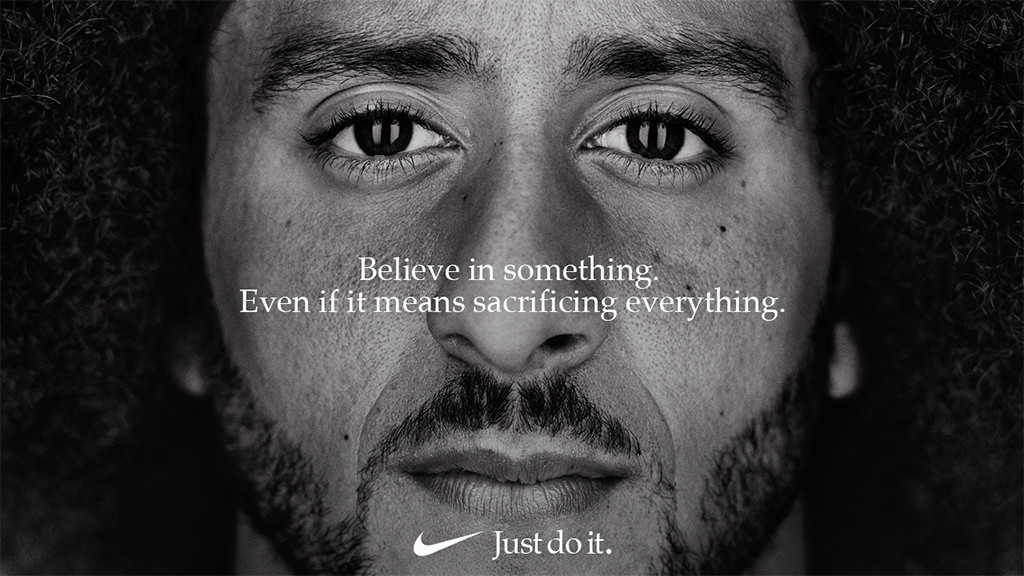 And he says he’ll continue to do so for as long as is necessary.

A new legal defense initiative through his Know Your Rights Camp was created to provide legal representation for arrested protestors and he posted to Instagram that they’re also preparing to file civil rights cases against the police.

“When civility leads to death, revolting is the only logical reaction,” he wrote in a now-pinned May 28 tweet. “The cries for peace will rain down, and when they do, they will land on deaf ears, because your violence has brought this resistance. We have the right to fight back!”

As always, he’s ready to lead the charge.