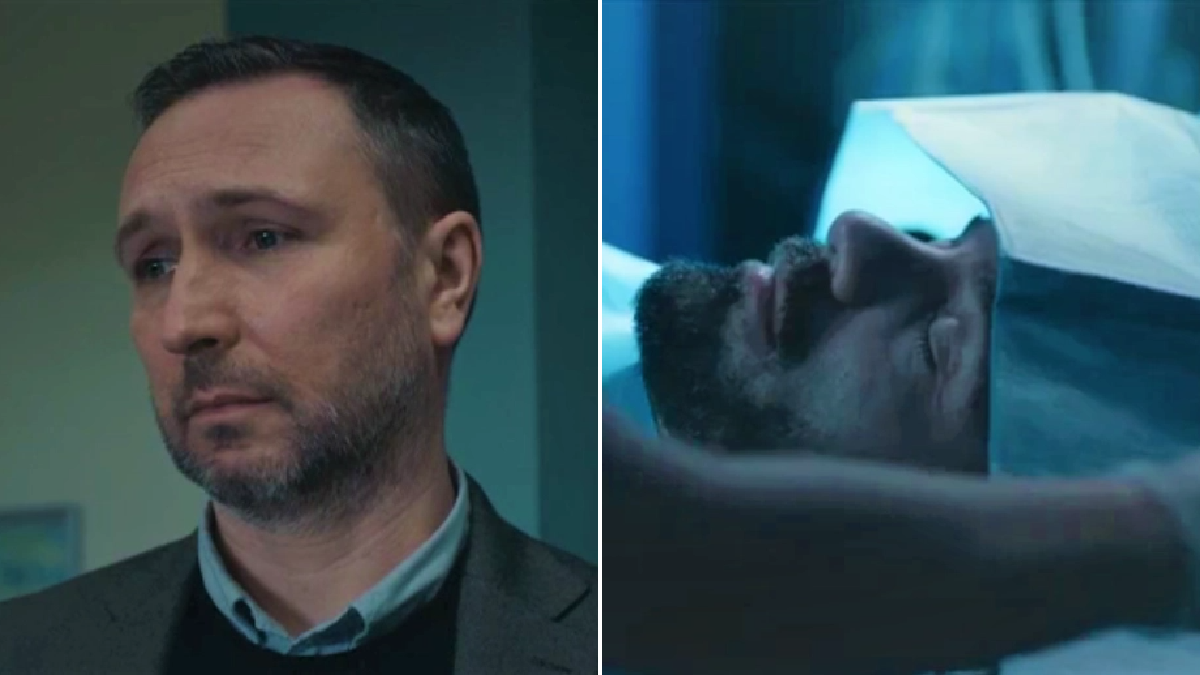 ‘Call Hanssen and McGerry,’ Fletch (Alex Walkinshaw) ordered Jeong-Soo (Chan Woo Lim) at the beginning of tonight’s Holby City. ‘What shall I say?’ asked Jeong-Soo. ‘Tell them everyone’s favourite heart surgeon is a two-bit junkie.’ Harsh words, but at that moment Fletch’s overriding thought was that his daughter Evie (Phoebe French) was critically ill and Kian (Ramin Karimloo) just might have been able to save her – and now he was unconscious on the floor after a drugs overdose.

Fletch was right, though – Kian was ‘everyone’s favourite heart surgeon,’ handsome, funny and with an easygoing, laid-back manner that made everyone like him. And he was also a junkie, addicted first to prescription painkillers and then to anything he could get his hands on.

His death, despite the desperate efforts of Max (Jo Martin), Hanssen (Guy Henry) and Chloe (Amy Lennox) in the operating theatre, was a tragedy partly of his own making, partly due to circumstances in his life (beginning with the death of his wife) and partly due to the failure of others to help him appropriately.

The finger of blame has to twitch towards Lucky Simpson (Vineeta Rishi) in this regard, and Andrei (Sonny Poon Tip) was quick to accuse her: ‘You fed him the drugs he asked you for. It’s your fault, Lucky.’

Meanwhile Jeong-Soo was beating himself up for breaking into the drugs cabinet to get what he needed for his patient, and leaving the door open so that Kian was able to help himself. Hanssen reassured him that he wasn’t to blame.

One of Holby’s strengths has always been in showing how the death of one person will have an impact on everyone else and we also saw the guilt and grief of others, like Chloe and Fletch, who hadn’t realised how much Kian was struggling. Fletch gave a speech to the staff about coming to see him if they had any problems. ‘Nobody is alone in any of this,’ he said, though he might find himself slightly more alone than usual because his daughter Evie made it quite clear that she’s never going to forgive him for ripping her and Andrei apart.

At least there was better news for Dr Josh Hudson (Trieve Blackwood-Cambridge), who was about to move to Holby’s Other Hospital, the mythical St James’s, because Ange (Dawn Steele) split up with him.

After the two of them shared a particularly emotional stint in surgery, delivering a baby and saving the baby’s mum’s life, Ange relented on her previous firm opinion that she and Dr Hudson were ‘done’ by planting a big kiss on him. ‘So we’re doing this?’ he asked. ‘On the condition that you stay,’ she told him, because St James’s is apparently further away than we thought.

So it’s goodbye to Kian, hello again to Josh and also hello to the new, growly and cross Jeong-Soo, who isn’t taking any nonsense from Dominic Copeland (David Ames). It’s magnificent stuff.