If you’re looking for a celebrity hideout, the Lakes by Yoo estate fits the bill.

It recently featured on Celebrity Hunted, where a high level of security ensured that contestants Kay Burley and Johnny Mercer MP were able to hide from the hunters.

This private estate near the pretty town of Lechlade, in Gloucestershire, is also where several celebrities and millionaires own holiday homes – including Sky News star Ms Burley.

This is one of the homes on the 850 acre estate, which it is currently for sale for £3million with estate agent Yopa, although not Ms Burley’s home or one of the TV hiding places. 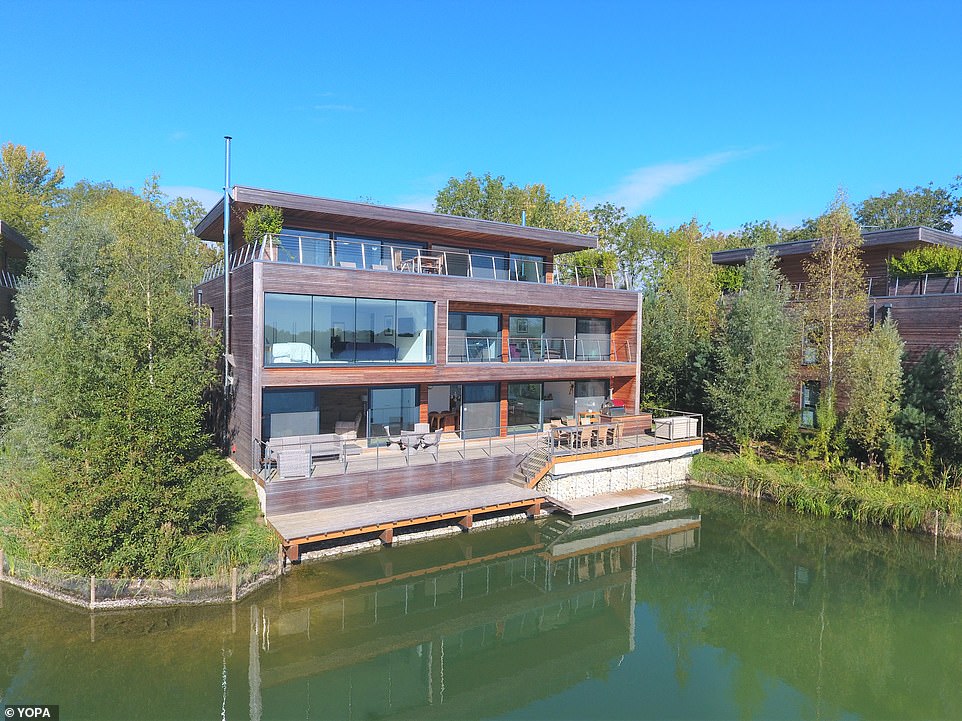