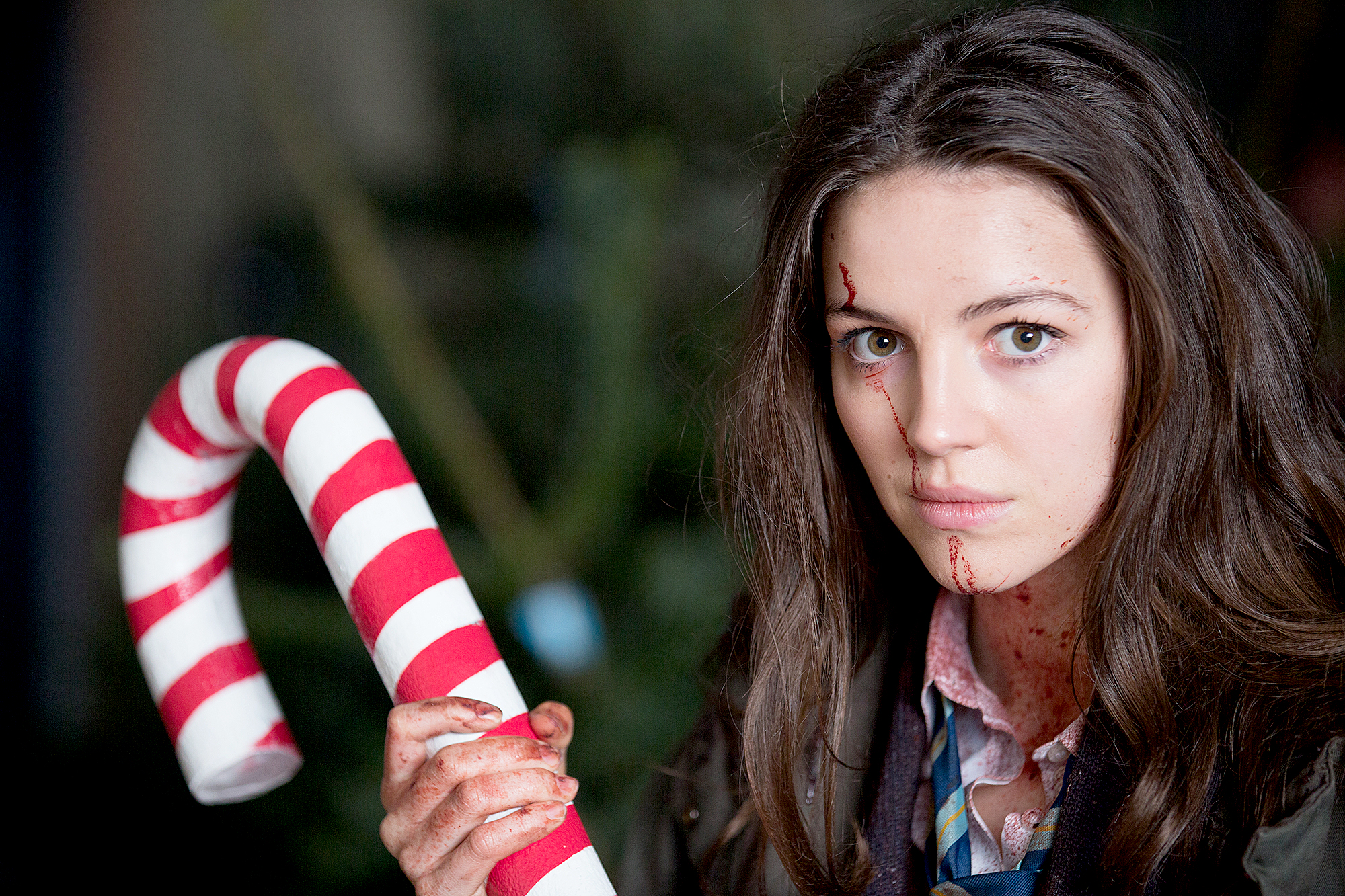 What happens when you combine zombies, Christmas and a group of singing high schoolers just trying to get through the woes of being a teen? Anna and the Apocalypse.

Although she’ll miss her best friends and recent fling, high school senior Anna (Ella Hunt) is ready to leave her small town. In fact, right before Christmas, she informs her dad she wants to take a year off before heading to high school, throwing a wrench in their relationship. Little do they know, that’s the least of their worries; the following morning, the town becomes infested with zombies.

“I think there are themes that run through it that make it more than a zombie film or more than a musical and that was what attracted me to it,” Hunt, 20, tells Us Weekly exclusively in the latest issue about the new film. “I loved that it looked at loss, and I think that zombies are kind of a metaphor for this violent world we’re leaving for our kids.” 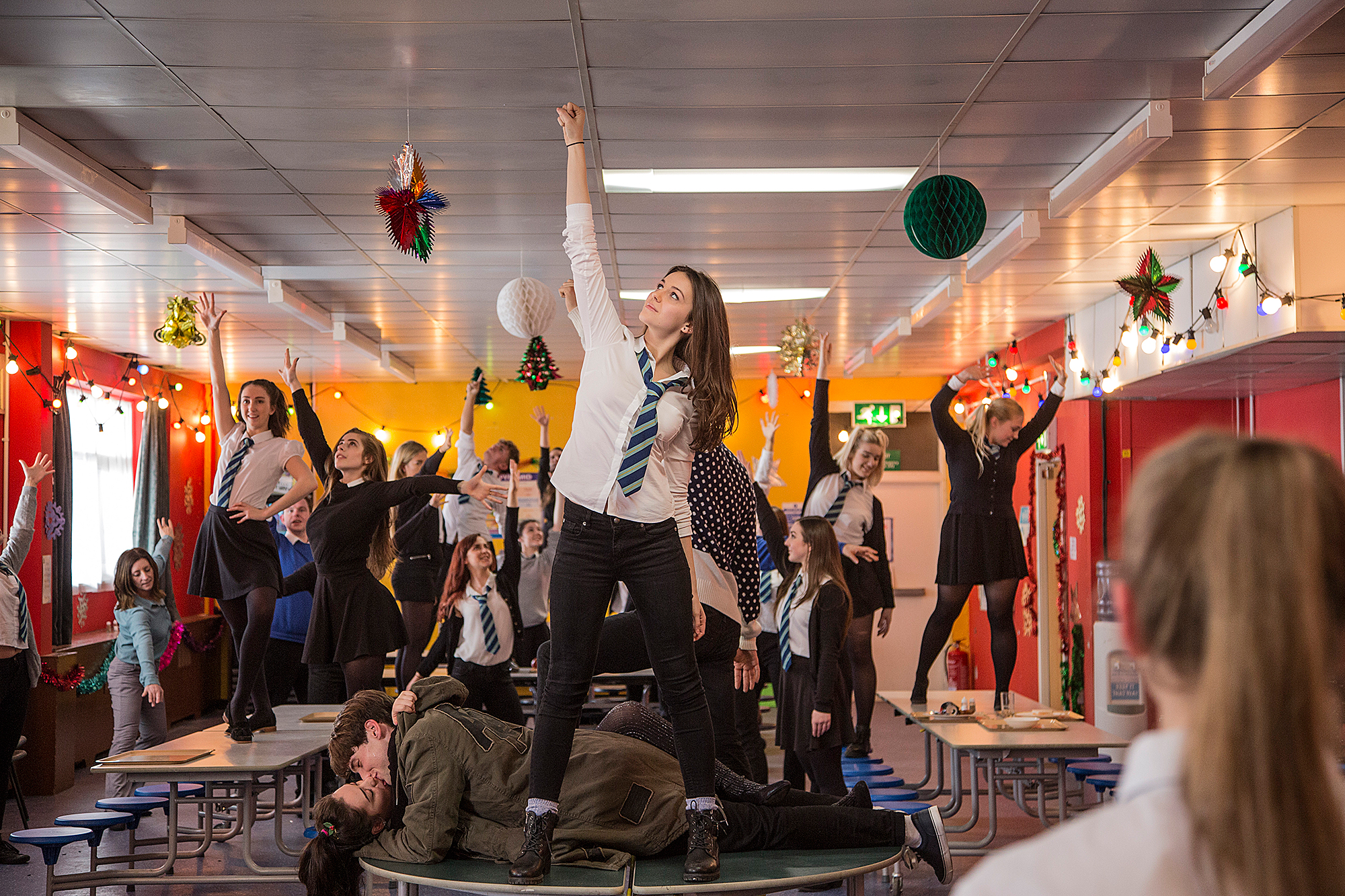 Her favorite song in the film is “Human Voice,” simply because of the meaning behind it. “It talks about connectivity and the impact of our phones and wanting to be with the people we love and not being able to connect with them,” the British star says. “When people come and watch the film, they always go, ‘I’m kind of surprised because it was going to be something silly and crazy, but it’s actually got a heart.’ It’s the heart of the film that’s grabbing people.”

However, that’s not to say there isn’t silliness. The choreography, which was done by Sarah Swire, who also stars in the film, allowed the cast to really have fun – especially for Hunt, who has no dance experience. In one scene, she performs “Turning My Life Around” while dancing down the street. She and Swire arrived on set about 30 minutes before shooting to rehearse.

“We skipped up and down that road and worked out what was going to feel good and feel right. I remember she was, like, ‘Maybe you should do a hop, skip and a jump out the door; that could work!’ So, I went for it and tried one. She looked at me and she was like, ‘That was terrible, don’t do that again,’” Hunt says, laughing. “That was our relationship, that’s how we worked it out. Sarah guided us, but she never told us exactly what to do, which I really liked because it gave us room to explore our characters through movement without feeling restricted or forced.”

Anna and the Apocalypse is in theaters now.