Harry Styles and Olivia Wilde fell for each other on the set of the movie “Don’t Worry Darling,” and he has been introducing her to friends as his “girlfriend”, a source exclusively told Page Six.

The couple spent time alone on the film’s Palm Springs set, and at James Corden’s nearby house, which the late-night host allowed fellow Brit and close friend Styles, 26, to stay at, we’re told.

They have been filming the psychological thriller over the last few months, in which Styles stars and Wilde, 36, is directing. 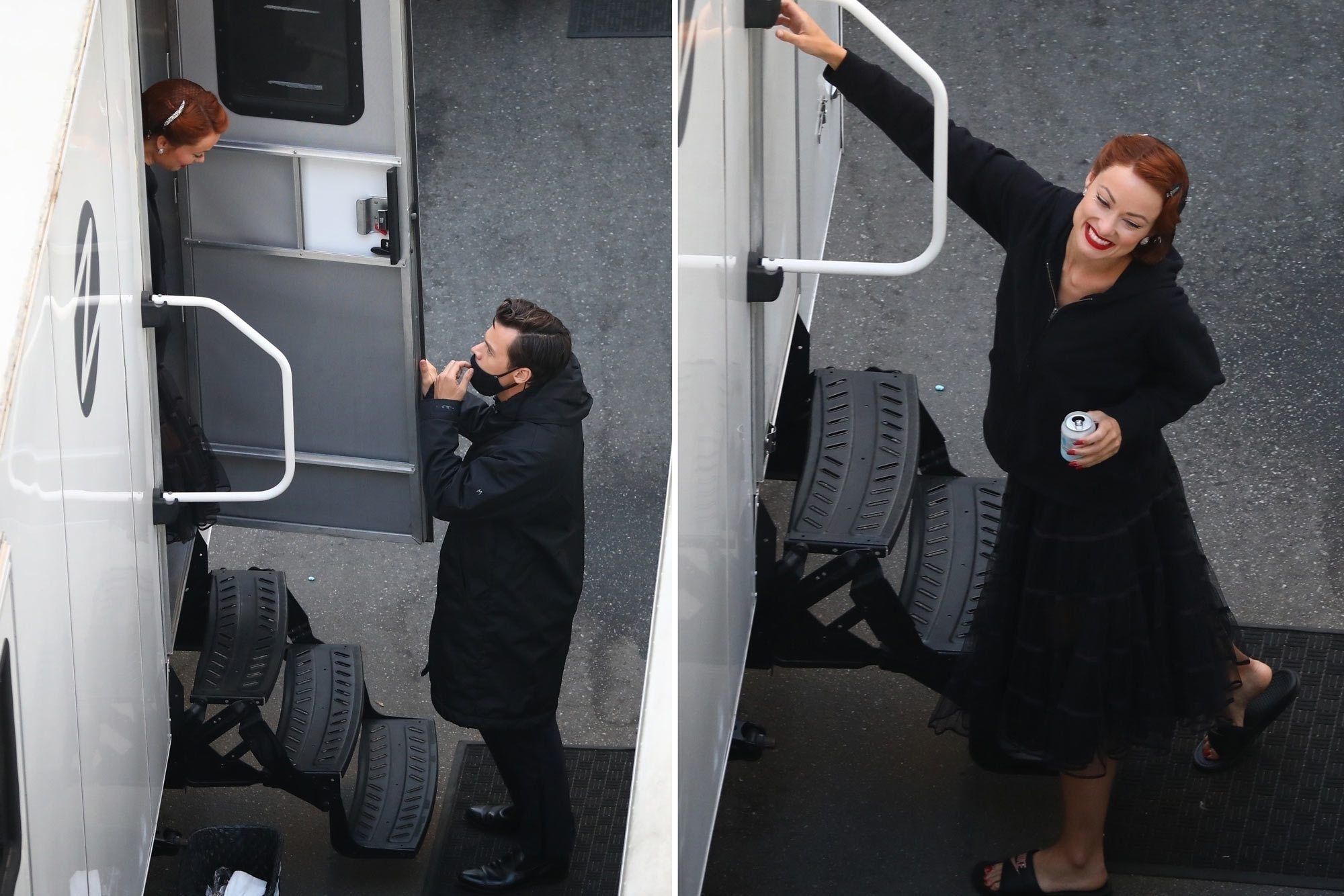 A source said, “This relationship between Harry and Olivia is very new. Olivia has been directing Harry in the movie in Palm Springs, and there were literally ten people on the set, because they were strictly adhering to Covid rules.

“Harry had been staying at James Corden’s house near Palm Springs during filming, and so they were able to be alone and keep their relationship very secret.

“So everyone was really surprised — and rather delighted — when Harry bought Olivia as his date to the wedding, and introduced her as his girlfriend.” 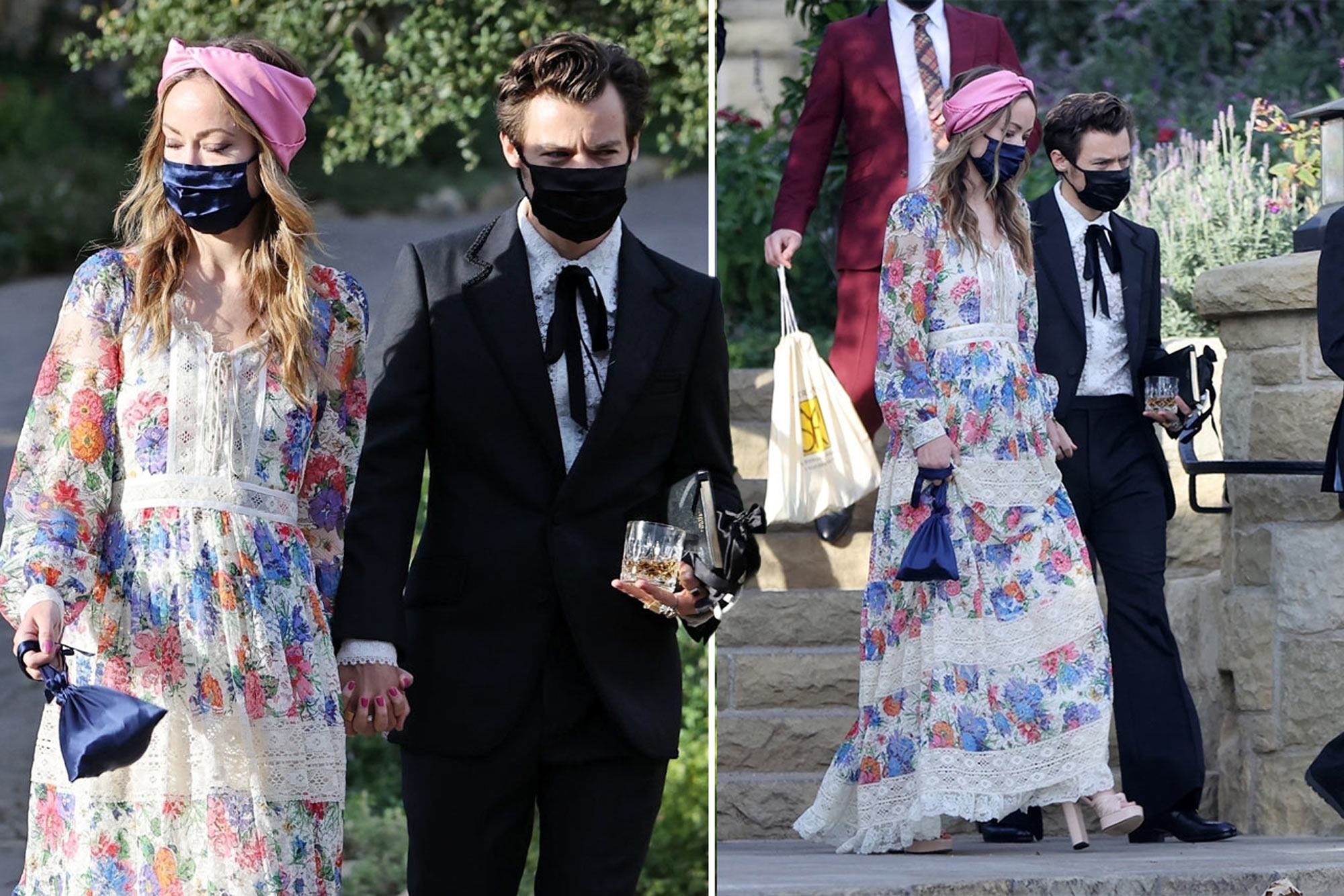 Page Six exclusively revealed how Styles and Wilde were seen holding hands at his agent and close friend Jeffrey Azoff’s wedding at the San Ysidro Ranch in Montecito over the weekend.

The source added that Styles officiated at the socially distanced wedding — which had around 20 guests — and even jokingly mentioned Wilde in a speech as his “girlfriend.” 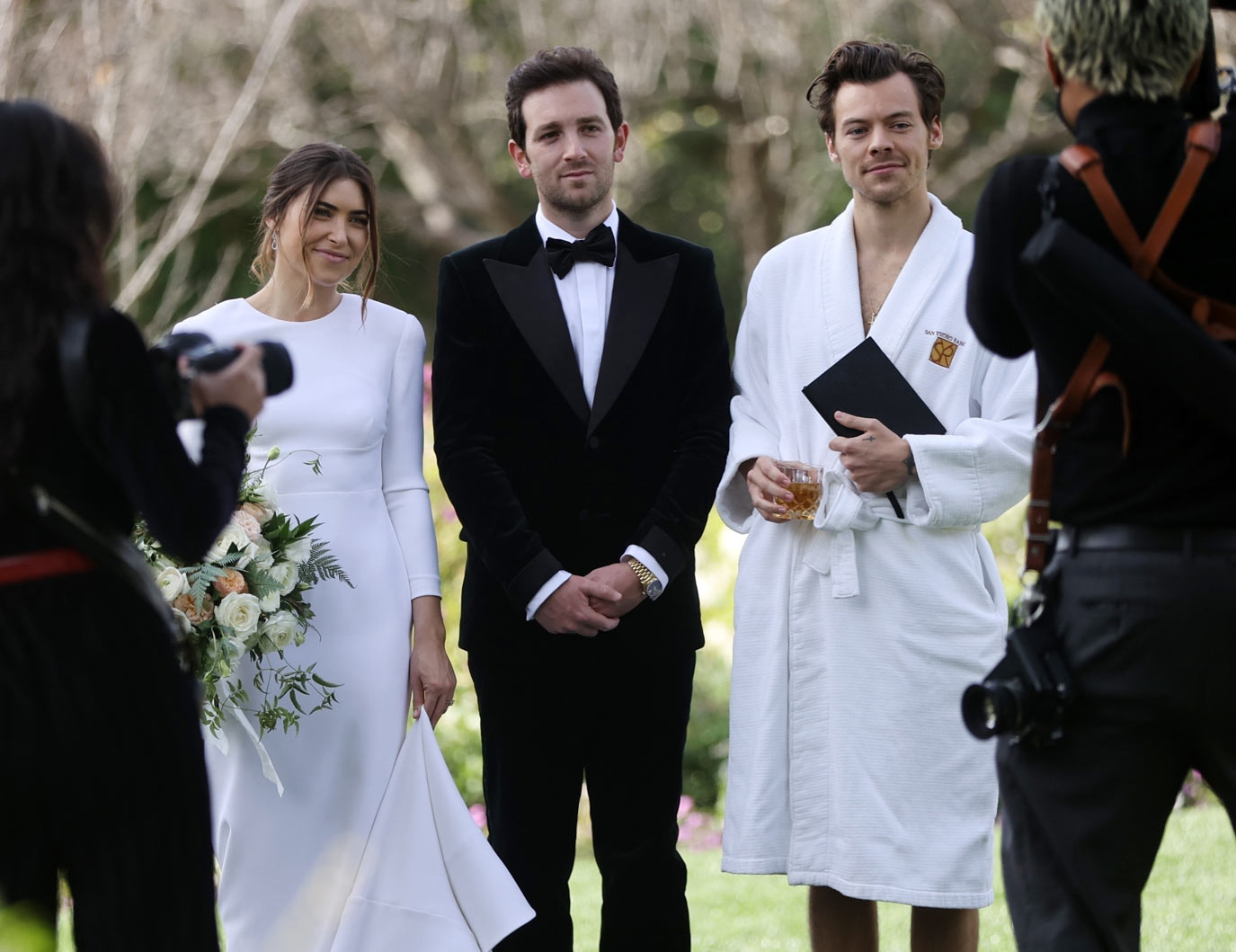 The source continued that despite their ten year age gap, “Harry doesn’t give a f–k about that sort of thing. They seem really happy together.

“He was openly holding hands and kissing Olivia.”