In 2019, Adam Levine is very much a household name. But for people who came of age in the early 2000s, Maroon 5 might bring to mind nights of singing "She Will Be Loved" and "This Love." Given the band’s long history, fans might be wondering how many people are in Maroon 5. Contrary to what the band’s name might suggest, there are actually seven members of the group.

There’s Levine, of course, the band’s lead singer. And of the remaining six band members, two of the others have been performing with Levine for 25 years. And if you’re scratching your head at that sentence, no, they’re not all way older than you thought. As Billboard explained in 2014, Levine went to high school with keyboard player/rhythm guitarist Jesse Carmichael and bassist Mickey Madden, along with drummer Ryan Dusick.

The four of them were part of a band called Kara’s Flowers, which formed in 1994. They got a record deal in 1997 and released their first (and only) album, The Fourth World — pretty impressive for a group of teens. As Billboard explains, the group briefly disbanded as they headed off to college. But in 2001, the foursome gathered together again, adding guitarist James Valentine to form Maroon 5. 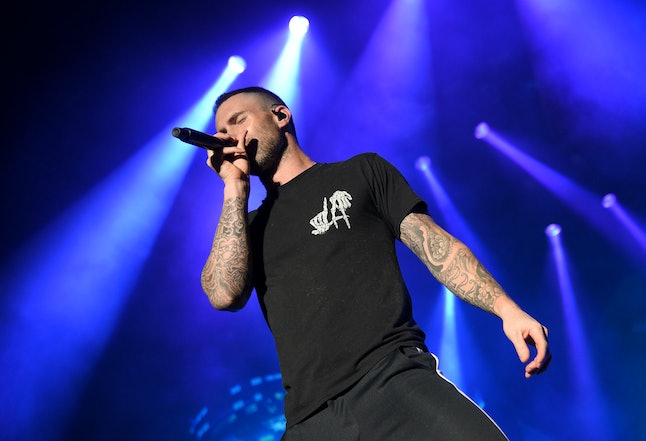 In short: Yes, Maroon 5 did originally have five members. But the group has grown a lot since then, so it makes sense that they’ve added more musicians into the mix.

And while Levine, Carmichael, and Madden are still active band members, Dusick left Maroon 5 in 2006, according to Reuters. It’s not because there was any bad blood between him and the others, though. Dusick stopped drumming because of an injury that was made worse by the "repetitive stress" of playing the instrument, Reuters noted. Dusick was replaced by drummer Matt Flynn, who’s still a member of the band today. 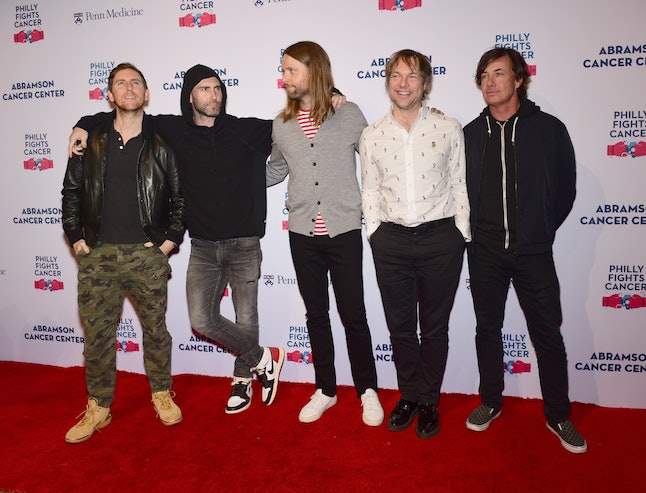 As for the additional two members, keyboardist PJ Morton and Sam Farrar, who plays multiple instruments for the group, are now also Maroon 5 members. The more the merrier when you have as many hit singles as they do, right?

According to The Chicago Tribune, Morton wasn’t originally going to be a permanent Maroon 5 member. He joined the group as a temporary replacement for Carmichael on tour. But it looks like the others got along with him so well that they made him a permanent member of the group. The first album Morton did with Maroon 5 was 2012’s Overexposed, and he’s been working alongside the others ever since. And as Entertainment Tonight points out, Farrar, a former Phantom Planet member, joined Maroon 5 in 2016. He’d worked with the band for years before that, too.

For as much as Maroon 5’s sound has changed over the years (just compare "Harder to Breathe" and "Sugar," for instance) a lot has stayed the same with the band. The fact that they’ve stayed together for almost two decades — and with four of their five original members, no less — just shows how much staying power the band has. It’s impressive that Maroon 5 has been together for this long; it’s truly a testament to their love of making music with one another.