More than a decade of marriage! Nicole Richie and Joel Madden celebrated their 12th wedding anniversary last month — and they’re still having as much fun together as ever.

“Nicole and Joel headed out for a private dinner just the two of them for their anniversary this year. They don’t do presents as much anymore, [they] just enjoy spending some quality time with each other,” a source exclusively reveals in the new issue of Us Weekly.

The insider continued: “Nicole and Joel work because they don’t take themselves too seriously. They can joke around with and take jabs at each other and they love the funny banter. They are both really funny and a joy to be around. Joel still looks at Nicole like he did when they first met and she loves his steadfast support and how kind and fun he is as a dad.”

The twosome — who tied the knot in December 2010 after four years of dating — are the proud parents of daughter Harlow, 14, and son Sparrow, 13. Richie, 41, previously spoke to Us about how she and Madden, 43, keep their relationship fresh.

“We love to laugh and have fun,” the Simple Life alum said in September 2019. “It’s nice doing the journey of life together. Doing it with somebody else that has the same goals as you is a really fun way to live.” The Priceless author added that the Good Charlotte frontman is “the most supportive” person in her life.

Nicole Richie, Jamie Foxx and More Celebrities Who Were Adopted

The “Lifestyles of the Rich & Famous” vocalist, for his part, has also gushed publicly about the bond he shares with the television personality.

“Happy birthday, Nicole. You’ve made love feel timeless, I’ve forgotten how old we are,” the lead singer captioned a series of Instagram snaps with his wife in September 2021. 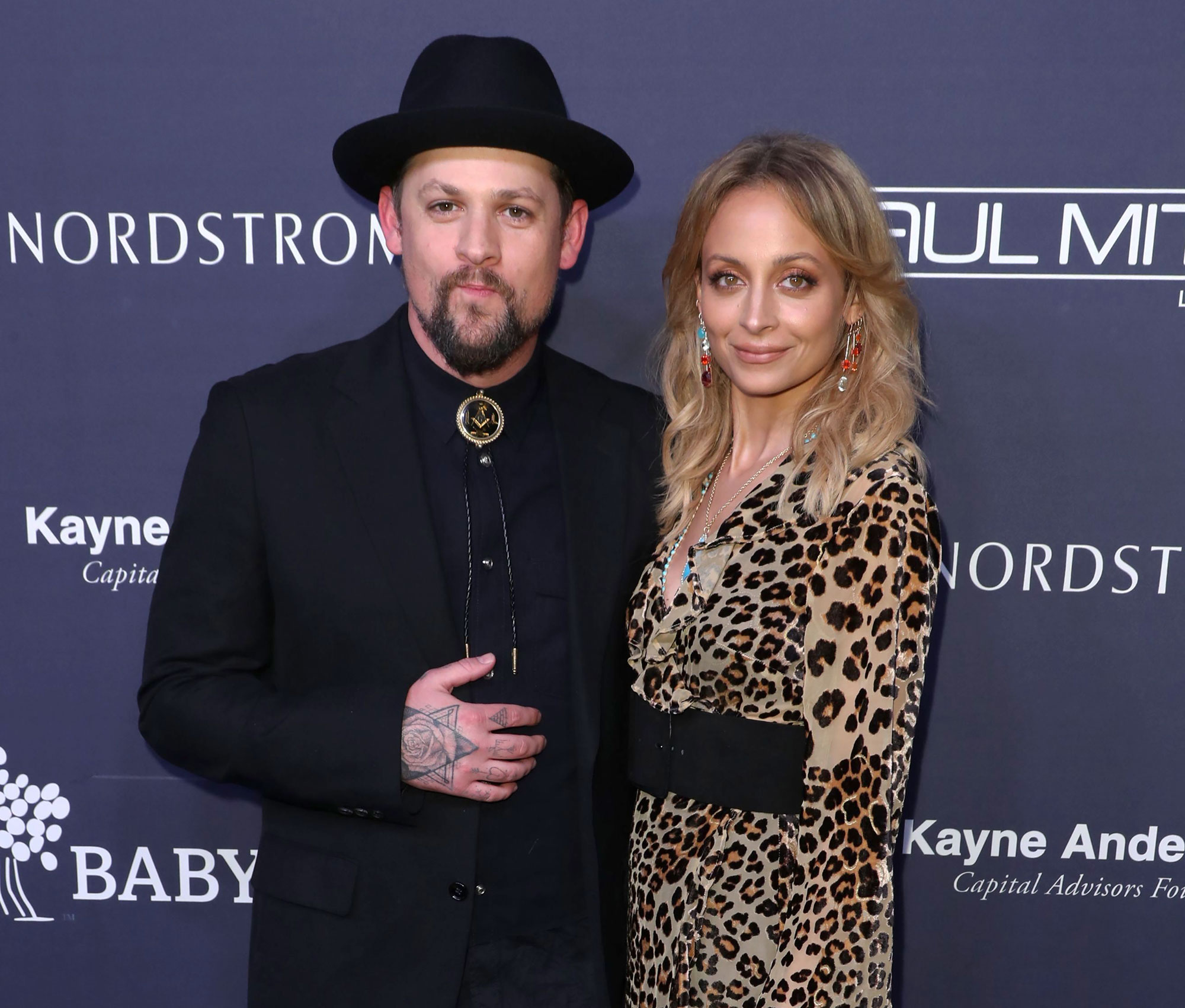 When asked about his wife’s explicit compliment on the VMAs red carpet later that month, the Madden Brothers musician laughed. “Lionel [Richie] did not see it,” he joked, referring to Nicole’s father. “He didn’t see it. I did not get a text.”

The California native also joked that between his Inkmaster hosting gig and Nicole’s spot as a judge on the reality series Making the Cut, the family’s dynamic can be competitive at times.

“Our family is a competition show. Our kids have to compete for our love. It’s really healthy for them, it’s good,” he quipped.

For more on Richie and Madden’s long-lasting romance, watch the video above and pick up the latest issue of Us Weekly, on newsstands now.