NEED a little extra cash? You could be sitting on a fortune – if you've got a rare £1 coins is hiding in your wallet.

With some of the most unusual coins fetching up to £45 on eBay, you could earn yourself a pretty penny. 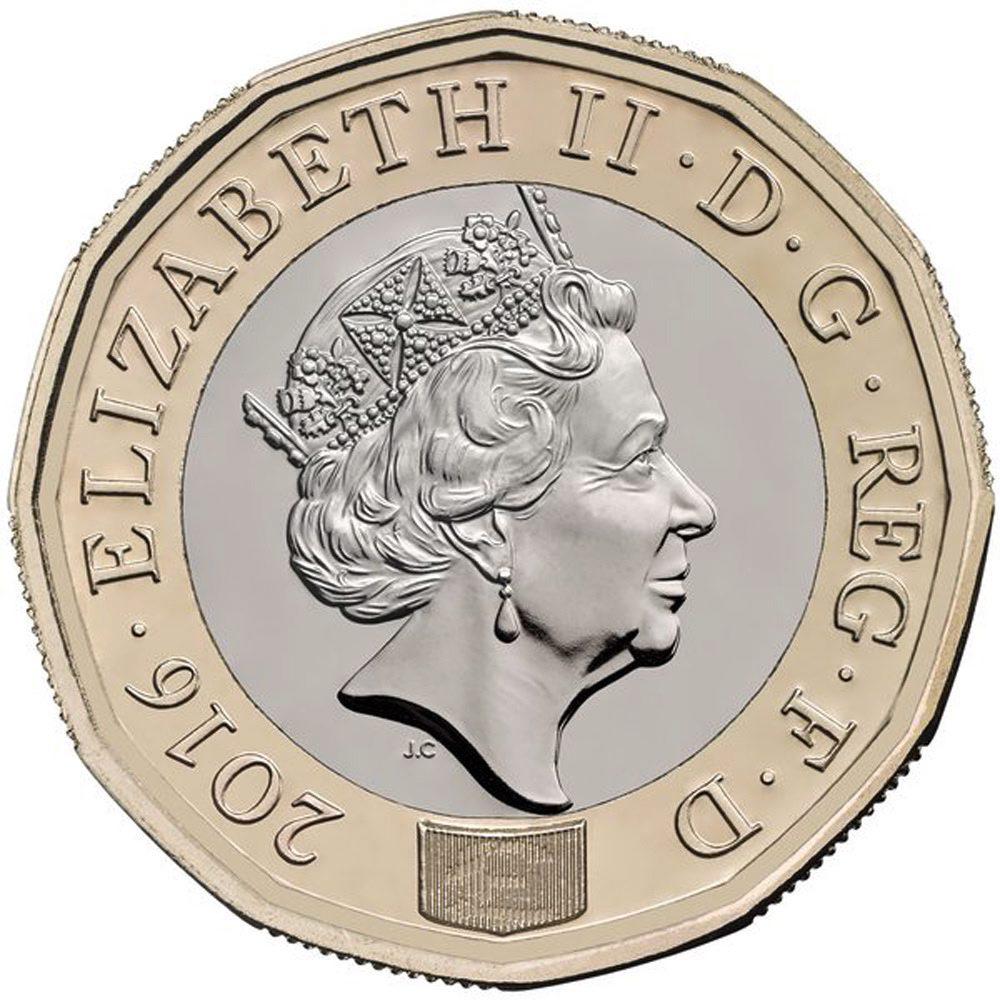 What are the rarest £1 coins?

Here are the ten rarest £1 coins still in circulation as well as what they are currently selling for on eBay.

According to the blog ChangeChecker, the rarest one pound coin currently in circulation is the Edinburgh £1.

The coin was part of a series depicting the four capital cities of the UK and is the only £1 coin with a mintage below one million.

ChangeChecker's calculations suggest there are probably somewhere between 600,000 – 800,000 Edinburgh City coins still in circulation but this number is decreasing rapidly.

On eBay, the highest recent price we could find for an Edinburgh £1 was £45,

Other Edinburgh coins in less good condition sell on the auction site for a far more modest price of £5. 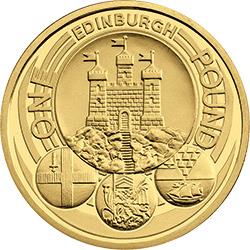 This coin was also part of the capital cities series, but it is slightly less rare, with an estimated circulation of 1,615,000.

Designed by Stuart Devlin, goldsmith and jeweller to the Queen, this coin depicts the circular Coat of Arms of Cardiff as the principal focus to represent Wales.

The highest price we could find on eBay for the coin was £10.50. 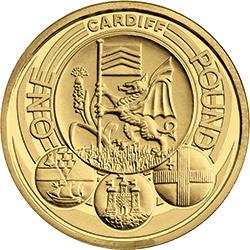 A third coin released as part of the capital cities of the UK series was the London £1.

The coin shows the portrait of the Queen and on the reverse side shows the four official badges of the capital cities of the UK, with a magnified image of the badge of London.

ChangeChecker estimates there are 2,635,000 coins left in circulation.

Even though the London £1 coin is more scarce than the Cardiff one, it's currently selling for more.

We found good condition  examples selling for up to £36, but most sell for less than £5. 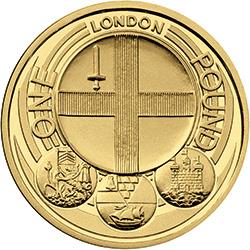 In 2014, the Royal Mint launched two new £1 coins – one for Northern Ireland and one for Scotland.

This Scottish coin design features the thistle and bluebell, and is the fourth rarest coin in the UK.

Coins boxed and in excellent condition can fetch up to £14.74 on eBay.

This coin depicts one of the UK's heraldic emblems – the royal arms of the queen, topped by the crown of St Edward.

There are 7.11 million in circulation making it the fifth rarest pound coin there is.

There are some special commemorative versions on eBay that have never been in circulation and sell for up to £12.55.

In good condition, a coin that has been in circulation can sell for up to £10. 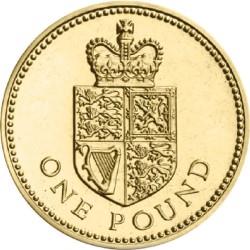 The rose and oak coin was part of a floral set along that launched in 2013.

It's still fairly unusual with around 5,270,000 still in circulation.

Unfortunately, they're not selling for much at the moment, the highest recent price we could see was £2.99 on eBay.

The 2014 flax coin was released alongside the thistle coin, to complete the series of four coins that began in 2013.

It continues the tradition of honouring the home nations of Britain by featuring familiar floral emblems.

However in this series, the emblems are paired together with other less well-known floral symbols.

This design features the shamrock and flax for Northern Ireland.

Others sell for around £2.

This daffodil pound coin was released in 2013 as a floral set alongside a rose pound coin.

The daffodil is the national flower of Wales, while the leek is also a national emblem of Wales.

The pair of coins marked the first release of a commemorative £1 since 2011.

Mint condition coins will fetch up to £6.57 on eBay.

Others have sold recently for as little as £1.50.

There are more than 6.2 million 2010 Belfast coins in circulation, meaning it is the ninth rarest £1 coin in the UK.

The design is part of the 'City Series' collection, and uncirculated versions can sell for up to £18.35 on eBay.

Versions that have been in circulation tend to go for a lot less, but if the condition is great you can still get up to £7.

This design is the tenth most rare pound with approximately 29,752,525 still in circulation.

It features a Lion Rampant which is used to represent Scotland.

The term 'rampant' refers to the position of the lion standing upright with forelegs raised and claws unsheathed.

This symbol was first used to represent the Scottish kingdom by King Alexander II in the 13th century. 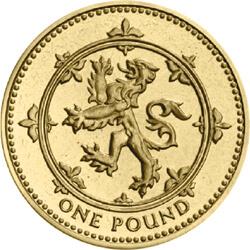 How can you check the value of a coin?

If you think you’ve got a coin that could fetch a few bob then it’s worth getting it verified.

The Royal Mint can tell if your coin is legit and not counterfeit, but doesn’t do valuations.

Although, a spokesperson for The Royal Mint told the Sun Online that it is considering offering a valuation service in the future due to growing interest from customers.

In the meantime, if you want a coin valued you could contact Sovereign rarities –  a team of coin specialists, collectively with over one hundred years of experience.

Here are the most valuable 50p coins in circulation that could bring home £3,000 if flogged together.

Beatrix Potter 50ps, Suffragettes and Battle of Hastings designs are also considered rare and could fetch you a bit of cash.

Think you’ve got a rare coin? Here’s our guide to find out if it’s worth a mint and cash in.