I recently tried to change my Facebook profile picture.

For years I’ve been hiding behind an avatar of Elisabeth Moss' Mad Men character Peggy Olson, but, with a book due to be published, I decided to own up to my real face. 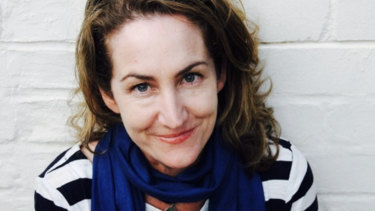 Penny Flanagan made the mistake of trying to quietly change her Facebook profile picture.

I quietly uploaded one of the only selfies I have on my computer (the fact that I don’t have a photo library full of selfies should tell you how old I am), but, as soon as I hit "post", I realised my mistake.

The photo was about eight years out of date and heavily photoshopped. If people met me in person their first words would be, "Jeez, what happened to your face?"

It was like a perverse digital version of Oscar Wilde’s The Picture of Dorian Gray.

I immediately wanted to change the photo to something less airbrushed and more recent.

But it was too late. People were already "liking" photoshopped me in a constant, steady stream of affirming "pings". Not since I accidentally posted a video of a cat batting a frog knick-knack off a shelf with its paw have I received so many hard and fast likes on anything.

And while it was nice of everyone to give me the affirmation en masse, the photo didn’t even look like the real me. So it was something of a Pyrrhic victory.

It also gave rise to an uncomfortable murmuring from my insecurities: do people only like me if I look good?

As though in answer to this question, the likes kept coming.

People invited me places. Old friends from school told me I hadn’t changed a bit. Someone said they’d just been thinking about me.

It was a frenzy of connection that I hadn’t expected, all based on an airbrushed image.

The experience reminded me of one of Olivia Colman's particularly hilarious lines in The Favourite: "Look at me! Look at me! How dare you look at me!"

Worse still, now I was hoist on my own false advertising petard. If I changed my profile picture again, for something more honest and recent, Facebook would again tell everyone in one of their trumpeting notifications.

She did it again everybody! Look over here. She’s uploaded another photo of herself!

A quick Google of "how to change your Facebook profile pic privately" brought forth a torrent of forums full of people bitching about the fact that it’s actually impossible.

People claimed to have work-arounds, which were mainly some very complicated methods whereby you needed to refresh the feed at lighting speed then quickly switch the photo to "private" after uploading it. Then you had to wait a few days before switching the photo’s status back to "public".

Even with this method I wasn’t confident Facebook wouldn’t send out a notification that would expose my vanity once again: Penny Flanagan just made this photograph of herself public!

But I think my personal favourite out of all the complex solutions offered in the forums was this one: "Wait until 4am when no one is on Facebook."

Because within that daffy solution lies the Facebook paradox.

Meanwhile, online, where we all increasingly exist, my ageless visage is frozen in time, caught forever in a moment of visual perfection. And while I say I want to change it to something more realistic, I still haven’t done it yet.

What would Oscar Wilde make of that?