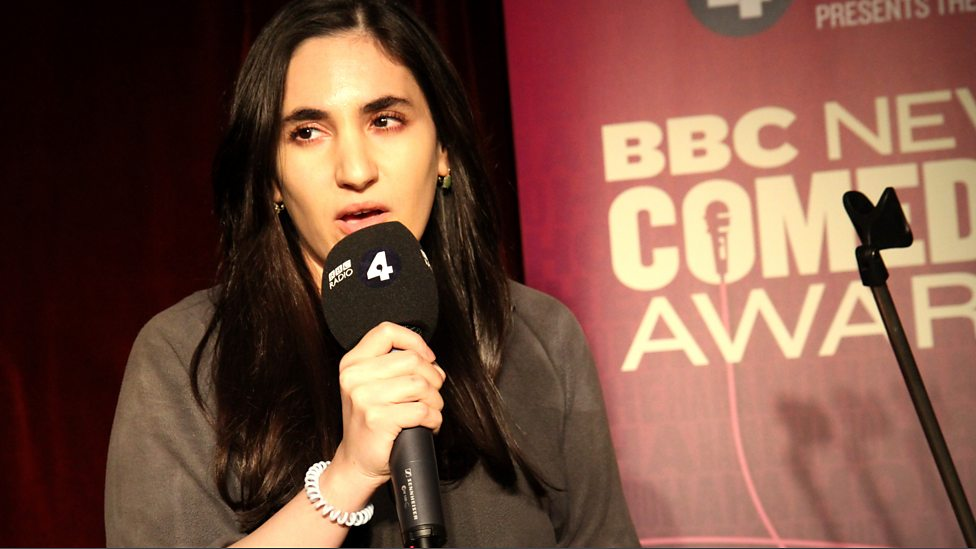 ‘Fantastic set, Janine. We’d love to have you perform. See you next month’, the promoter replied within an hour of me messaging.

I’d Facebooked him with my CV and a clip of my work from a new account – even though I’d never had much luck securing work with him before – as I saw his club had a comedy slot opening coming up.

While I was obviously excited to have secured a gig, I was curious. I had messaged under a fake – more anglicised – name this time, and I couldn’t help but wonder whether that had had anything to do with my success.

I began dabbling in standup comedy just over three years ago as a means to resurrect the creative side of me that had been put on the back burner since graduating medical school.

I soon found it a great way to let off steam, widen my social circle and navigate awkward issues about identity politics in a positive way.

However, I was worried about work colleagues finding out, so I decided to create a separate profile, just for comedy, under ‘Janine Young’.

Not long after, I spotted this opening and messaged the promoter.

His response led me to embark on a social experiment. Over the course of the next year I emailed comedy promoters across the UK alternating between ‘Jenan Younis’ and ‘Janine Young’, with the content of my comedy CV and clips remaining identical.

Several hundred emails later, the results spoke for themselves.

‘Janine’ was overwhelmingly more successful in securing a gig offer with 81% of promoters replying, while just over 12% responded to my emails as ‘Jenan’.

It was eye-opening seeing the clear pattern emerge in favour of ‘Janine’. What was even more interesting is the clip I used in my CV was a set that clearly referenced my Middle Eastern heritage.

I even entered a national comedy competition with both my real name and pseudonym. Jenan received a polite rejection via email with generic feedback, but Janine made it through to the qualifying heats.

I often wondered whether promoters glimpsed an email from an ethnic name in their inbox and simply didn’t bother to read it.

You might think that’s far-fetched, but moving into professional gigs and frequently finding myself satisfying the person of colour/female quota makes me believe that may be one of the explanations for my experience.

It’s not uncommon that I receive a text or phone call from bookers that run along the lines of ‘my ethnic/Asian/brown/beige act has dropped out are you free to fill in?’.

Like all comedians, I want to be booked for my comedy and not demographic – but I’m also in the early days of my standup journey, which makes it tricky to turn down an opportunity especially at reputable clubs with the possibility of progression.

But, as I’ve said, the flip side of this is that there was a stint where my background did seem to get me more work.

There was a pocket of the industry that pigeon-holed me as Muslim and Arab, and on more than one occasion, despite producers having ample time to go over my biography, there would be disappointment on their part if I didn’t exactly fulfil their desired tokenism.

One time, I was delighted to be invited as a panellist on a podcast run by someone with a reputation for championing diversity, but discovered I wasn’t quite the diversity they were hoping for.

Their opening remark to me was: ‘As a Syrian refugee, tell us about the Calais Jungle, Jenan’.

‘I’m sorry I can’t – because I’m neither’, I had to say. My Surrey accent might have given it away, but the print out of my comedy CV laid out in front of them certainly should have.

Issues with my name aren’t exactly a new thing. My iPhone autocorrects my name from Jenan to ‘kebab’; people often attempt to strike up conversations about cricket with me assuming my surname means I’ve knowledge of the sport; and when working in the NHS for years, I was scheduled to work over Christmas and Easter more than my colleagues with comments from rota co-ordinators such as: ‘I thought you wouldn’t mind working Christmas looking at your name’, and ‘Sorry you’re down for Christmas, we’ll make sure you’re off for Divali/Eid”

I had one work colleague that struggled with my name to such an extent that he resorted to calling me ‘Jamal’. I ignored him every time to the point he asked whether I had a hearing problem.

It was insightful hearing Omid Djalili’s stories of racism in standup in his current show The Good Times Tour. At one time, he was the only prominent Middle Eastern comedian in the UK and has been a huge inspiration to me and a generation of other acts.

His tales of being alienated by gatekeepers in the business well over 20 years ago makes me question how little we’ve progressed in the industry.

However, rather than fret about my experiences I decided to create Weapons of Mass Hilarity.

It’s a comedy night that showcases comedians of Middle Eastern/South West Asian and North African (SWANA) heritage, and is the only one to do so in the UK.

While that remains the predominant focus, I often have guest spots for comedians who are from other marginalised groups too such as South Asian or Black comedians. It has been fascinating to discover every act who has performed with us has encountered hostility due to their ethnic background in the industry.

The night wasn’t just founded for stage time, but also with the aim of recalibrating people’s ideas of the Middle East.

It is a vastly richer and more diverse region than many think, and no two acts ever talk about the same thing. We’ve welcomed wonderfully mixed audiences over the last three years and certainly aren’t just preaching to the converted.

One aspect I am especially proud of is that the night has inspired individuals who wouldn’t otherwise consider watching live standup to attend who frequently feedback how the comedy is not only relatable but hugely varied.

I appreciate that promoters and producers have an abundance of experience under their belts when it comes to programming their events,  but by assuming what audiences would and wouldn’t want to tolerate on stage feels like a disservice.

I certainly have been guilty of this with my material; rehashing well-trodden Middle Eastern stereotypes that were safe and easy laughs.

The times I revealed that I was actually Jenan at gigs that had booked me under the name ‘Janine’, it very rarely raised many eyebrows. A couple of promoters were horrified at the subconscious bias they had displayed, while some had said they thought it was a typo, including the comedy awards.

A decent proportion of promoters, including the first person booking ‘Janine Young’, thought it was wise to keep using this name, citing comedians such as Alex Zane (born Faris Al-Bayaty), Russell Kane (born Russell Grineau) and Shaparak Khorsandi (abbreviated to Shappi) as examples.

However, I’ve now ended my experiment, and I haven’t followed their advice.

To me, the challenge of standup comedy is connecting with audiences truthfully and finding that common ground we can both laugh about. The focus is the content of my material rather than the packaging it’s in.

If every act like me caved in to play by the unwritten rule book, it would do nothing to compel the industry to question its action or inaction in becoming a more progressive, inclusive space – nor would it place me in any better a position to truthfully find that common middle ground.

Jenan’s show JENANISTAN will be performed at the Leicester, Machynlleth and Hastings Comedy Festivals on Saturday February 19, Saturday April 30 and Saturday June 18. The next Weapons of Mass Hilarity is on Sunday 30 January