Best friends who live together after both getting divorced claim ‘you don’t need a man to be happy’, and admit they’re often mistaken for a couple.

Marissa Baker, 30, and, Patty Kulak, 27, who live in Naples, Florida, describe themselves as ‘platonic soulmates’ who will be in each other’s lives forever.

They claim they’re often mistaken for a couple with strangers asking if they’re in a relationship with each other because they get along so well.

They met on January 1, 2021 at Marissa’s birthday party and when Patty separated in January 2021, she was supported by Marissa – who also separated from her husband in May 2021. 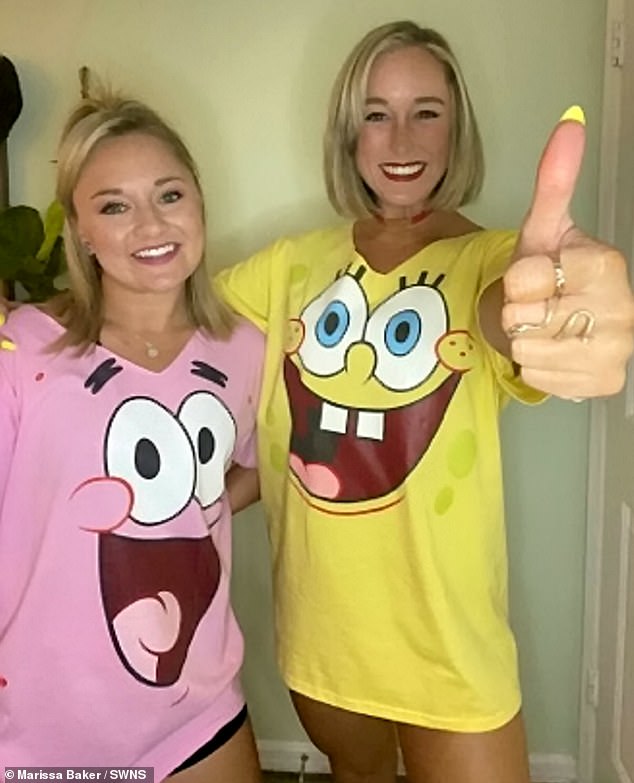 Patty Kulak, 27, (left) and Marissa Baker, 30, (right) who live in Naples, Florida, are  ‘platonic soulmates’ and will be in each other’s lives forever

The singletons decided to move in together in May 2021 as they both were going through a divorce.

Although Marissa claims they ‘are like wives’ and work out and do household chores together, she insisted they ‘aren’t attracted to each other’.

Marissa even says ‘if I could pick a husband, I would I want Patty in a male form’.

Marissa said: ‘It is wild. our whole relationship has been very simple – we just say this is where we are at and this is what we need and the other person is like ‘boom, got it’. 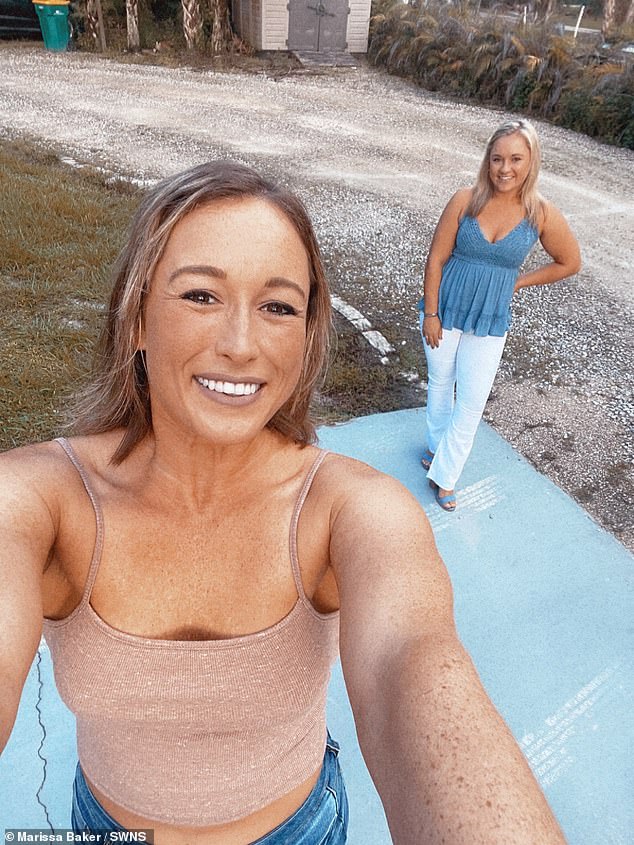 ‘That is why we jokingly call each other platonic life partners because whatever the universe does, we just help each other figure out and it is so fun.

‘We learned very quickly how similar we are, we both love positivity and personal development, and we don’t want to go out to the bar and drink.

‘We want to sit on our balcony, drink tea and watch the sunset and we want to be in bed no later than 8:30pm because we are going to wake up at 4am and go work out the next day.

‘We have built such a good connection over something that can be considered so ugly.’ 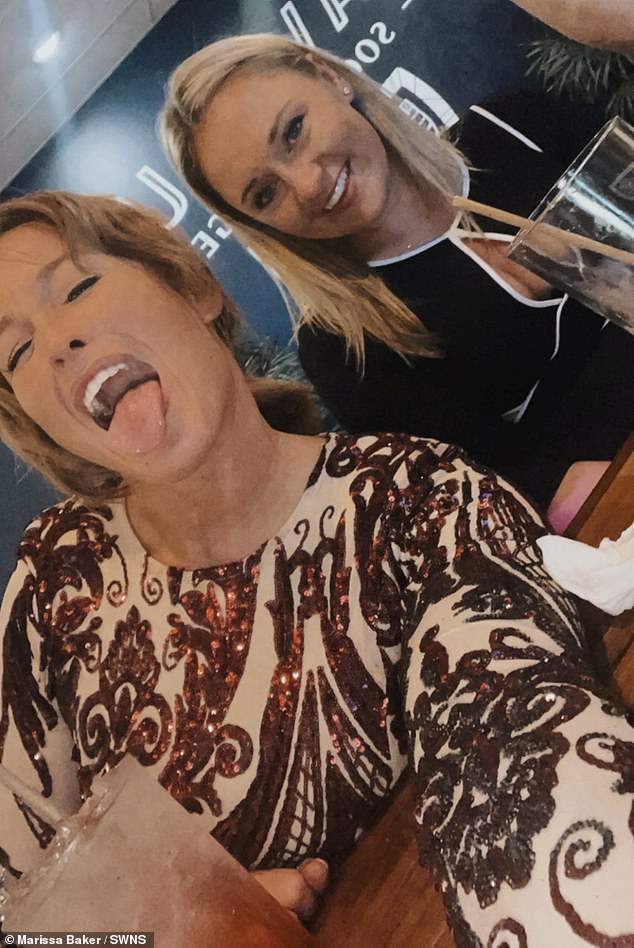 Patty and her husband decided to get a divorce in December 2020.

The following day – at her birthday party – Marissa noticed Patty seemed down and that’s when she opened up about the separation.

Patty said she longed for a support system to get through the tough time and Marissa vowed to be that person.

Patty, an local government planner, said: ‘She welcomed me with open arms. 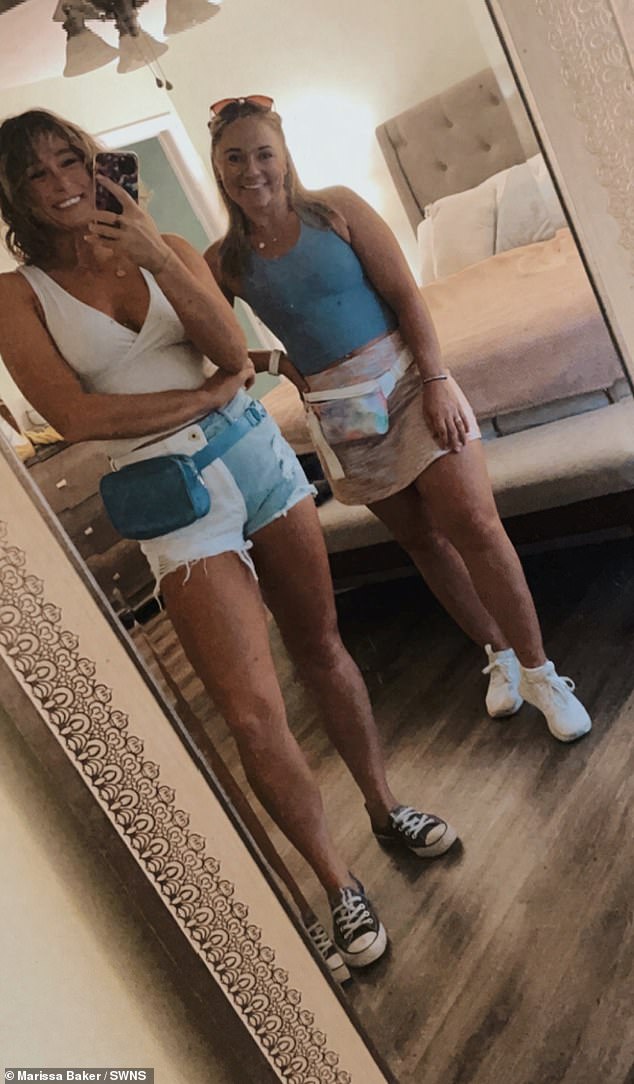 Although Marissa (left) claims they ‘are like wives’ and work out and do household chores together, she insisted they ‘aren’t attracted to each other’

‘We have now created our own network, it is no longer Marissa in Naples and Patty in Naples, it is Marissa and Patty are coming – We are together as one unit.’

A few months later in May 2021, Marissa found herself going through her second divorce.

She decided to move in with Patty in Naples, Florida, US, in May 2021 – and the pair haven’t looked back.

Patty said: ‘This girl who only really knew my husband was the most supportive person I could have ever imagined coming from a friend. 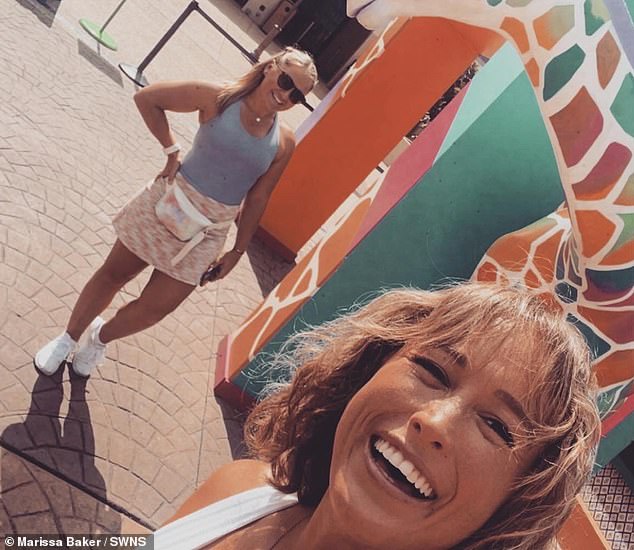 They met on January 1, 2021 at Marissa’s birthday party and when Patty separated in January 2021, she was supported by Marissa – who also separated from her husband in May 2021

‘Marissa checked in with me every day for six months and then that six-month mark hit and she asked if I was OK and I said ‘yes’ and she said ‘well, I am not’.

‘I asked what was wrong, and she goes ‘I am getting divorced for the second time. Can I move in?’ I said yes – we have been inseparable ever since.’

The pair said it was ‘a no-brainer’ that they would move in together.

Marissa said even before Patty gave her the final go-ahead they would live together, she already had her furniture delivered to her address.

Marissa says the pair always joke they are ‘the husbands they never got to have’ for each other. 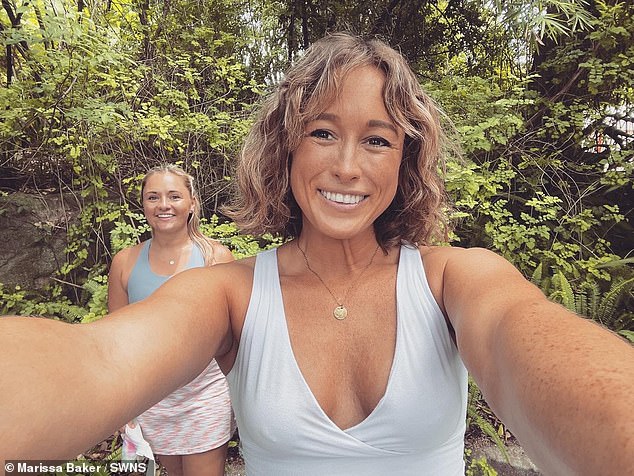 She said: ‘Even when it comes to dating, I am like ‘wow, you’re setting a really high bar’ because the way we get along it is very ‘I accept you how you are’.

‘You can literally show up, happy you, sad you, angry you whatever version of you that you want to be, we’re like ‘cool, do you’.

‘We’ve had this year and a half since I moved in, to figure out who we are apart and together because we were one unit and I think that bonded us even more.

‘I had my second divorce, she had her first divorce, and we were like who are we, what do, what we want to do, and we learned very quickly how similar we are.

‘I don’t think we have ever had a fight, the communication and acceptance, it’s a lovely environment.

‘If I could pick my husband, I would be like ‘I want Patty in a male form’.’

The pair said what works so well is they are both into positivity and personal development.

Patty said: ‘Marissa is exactly who I needed, and she came into my life when I needed her.

‘I am a direct person, but I don’t like being vulnerable.

‘We were standing by a local food truck the day it all went down, and I was like ‘I could ask for a friend’ – I knew Marissa would be there.

‘I was so broken, it was 12 hours after the man I married left, I didn’t care.

‘For me to present that vulnerability, and her to not judge me for it and to do exactly what she was going to do like being there for me and supporting me, she delivered.’

Marissa said: ‘I single handily believe that one of my favourite traits about Patty is she is so direct.

‘I never have to guess what she is thinking, I will know, she will tell me, she has no problem saying what she is happy about and doesn’t like.

‘To me, that is the most peaceful thing in my life because for me, one of the things I struggled with my ex-partners is I never knew.

‘I truly believe I am in a safe relationship with Patty, I am never going to be manipulated, I never have to fear that she is thinking something about me that I don’t know.

‘The second thing is she is hilarious, we laugh so much, Patty is hysterical, the stuff she comes up with, I am like how is this my life.’

Euro-royals turn out to honour Pope Benedict: Queen Sofia of Spain and King Philippe and Queen Mathilde of Belgium attend funeral at Vatican

Mother, 21, reveals how her hair fell out and her skin began to ‘ooze’ after she stopped using eczema creams