IAN BIRRELL: Deeming some lives to be ‘more valuable’ than others is utter inhumanity

Deborah James is a deputy head teacher, a mother of two children and, since her devastating diagnosis with bowel cancer, she has become an inspiration to many for her frank discussions on the subject.

She’s written a best-selling book, raised significant sums for charity and become a regular voice in the media despite 17 tumours and a series of major operations.

This impressive woman is only 39. Yet her life has been deemed less valuable than millions of her fellow citizens by former British Supreme Court justice Jonathan Sumption — simply on the basis that she has cancer.

After loftily proclaiming that ‘all lives are not of equal value,’ Sumption delivered his damning judgment during a BBC discussion on the ethics of lockdown with all the clarity that might be expected from one of our finest legal minds. 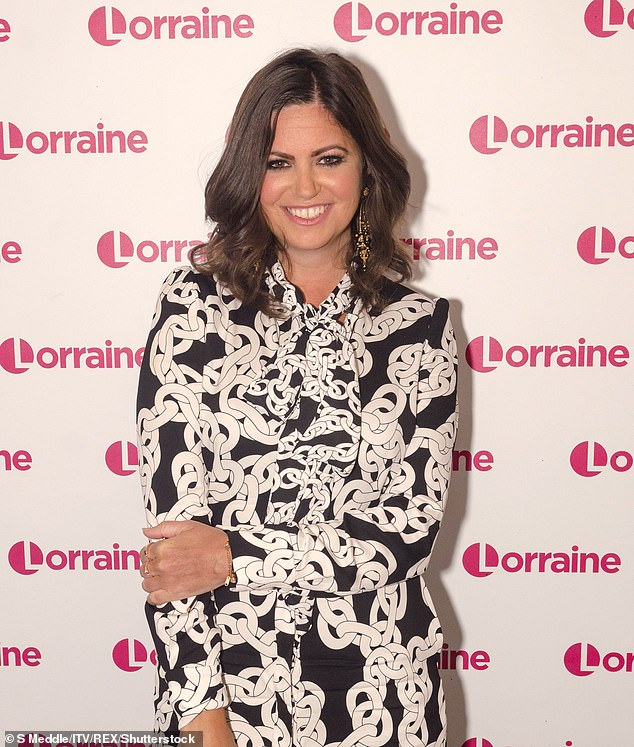 When Deborah responded, with great dignity, that she was the sort of person whose life he viewed as lacking value, Sumption responded: ‘I didn’t say it was not valuable. I said it was less valuable.’

After a horrified backlash over such a heartless comment, the prominent anti-lockdown campaigner yesterday insisted his comments were made in the context of his earlier remarks on the harm done to the young through lockdowns designed to protect the elderly. And that he was talking about a ‘standard concept in health economics’ rather than specifically about Deborah or the fact that she had bowel cancer.

I suspect few viewers who saw the exchange on BBC1’s The Big Questions will be convinced, not least since he repeatedly made his argument that the lives of young and healthy people are more valuable than those who are old.

Yet for all the justified outrage, the former judge’s comments sadly reflect wider views that have corroded our society and perpetuate the notion that people with disabilities and those in the twilight of their lives are a burden, to be hidden away and forced to the fringes of society.

‘I’ve faced this nonsense all my life — that a person is less worthy if they are physically deficient,’ tweeted the comic Francesca Martinez, who has cerebral palsy.

The callous consequences of treating some lives as less valuable than others can be seen all around us. Why, after all, have we let our social care system become so corroded other than because of society’s lack of concern for those who rely on it?

Why did the authorities see care homes as a secondary consideration when the pandemic struck, even sending elderly patients back into them at its start with such deadly consequences?

Why is there still so little fuss over figures suggesting three-fifths of deaths from this new coronavirus involve people with disabilities, and no furore over fatality rates almost four times higher for people, such as my daughter, with learning disabilities?

Lord Sumption — a brilliant former Reith lecturer — has provided crucial intellectual cover since the start of the pandemic for those who insist that lockdown is a denial of historic liberties.

It has been hard to escape seeing that mop of white hair and hearing his plummy tones pontificating in the media on what this 72-year-old perceives to be mistaken policies. At one point last year, he claimed that lockdown ‘mocks our humanity’.

Yet who is really mocking humanity? The former law lord making haughty judgment on the value of other citizens’ lives — or the doctors, the politicians and the scientists desperately trying to save people amid the devastation of a deadly new disease?

His apparent display of contempt towards a mother with cancer, his use of extreme logic that seemed to drive out any sense of compassion, exposed a disturbing shadow of eugenics that has been in evidence during this pandemic.

Remember all that initial talk of simply letting the virus rip through society regardless of the consequences? The logic of that proposition was that people who are old, sick or disabled must either die or stay shielding in their homes to benefit wider society.

Remember, too, the callous words of one food chain boss when he urged the sacrifice of ‘a few thousand lives of very old or vulnerable people’ so younger people could be freed from purgatory?

Such arguments are not only shocking: they present a false dichotomy between health and the economy. The reality is that countries handling Covid the best and protecting most lives emerge with stronger economies and return fastest to normality.

Of course, many will argue that Sumption is simply placing different values on human lives in the same way that medics do with the use of triage in an emergency, sometimes choosing between patients on the basis of the likelihood of their survival.

But the medics’ instant decision-making is very different from the former judge’s considered and sweeping remarks.

Yet do not just blame Sumption, nor his supporters, for their unsympathetic attitudes reflect dark, age-old bigotries that still lie deep in society.

We glimpsed such views when, early in the pandemic, doctors hastily imposed blanket ‘do not resuscitate’ orders on residents in care homes, without consent, which would have permitted patients in life-threatening emergency being left to die.

We saw it also when the National Institute for Health and Care Excellence had to ‘clarify’ its critical care guidelines after an outcry over fears that its frailty scoring system would deny treatment for many patients with cerebral palsy or learning disabilities.

Behind such issues lie fundamental questions that should be confronted; questions over the value our modern society, with its quest for perfection, places on people with serious illness, profound disabilities or suffering the inevitable frailties of old age.

When the NHS is worshipped and clapped, but the fragmented social care system has been allowed to run down, it underscores the woeful lack of value given to those who rely on social care as well as those working in the system.

One reason for Britain’s high number of deaths is that we corral people needing support into ‘care homes’, which are frequently run by fat-cat profiteers at the expense of sensitive care.

We see this also in the way too many people with autism, learning disabilities and mental health problems are locked up in psychiatric hellholes that rely on physical and pharmaceutical restraint.

Meanwhile, we live in a world that is slowly eliminating Down’s syndrome and aborting children even up to birth on grounds of disability, sometimes on the basis of apparent abnormalities that are comparatively slight. Yet people with Down’s, like many others with learning disabilities, can have long, happy and fulfilling lives that enrich the human condition.

And now we are entering a new age of genetics that is making wonderful strides forward for healthcare, but also unleashing a sinister new age of eugenics through scans and tests in which scientists talk freely of eliminating disabilities before any such people are born. What message does that send to society and those living with such conditions?

Lord Sumption’s comment was arrogant, demeaning and offensive to a remarkable woman. Yet the sad truth is that he is far from alone in deeming the lives of some people to be worth more than many others due to their age, disabilities or health.