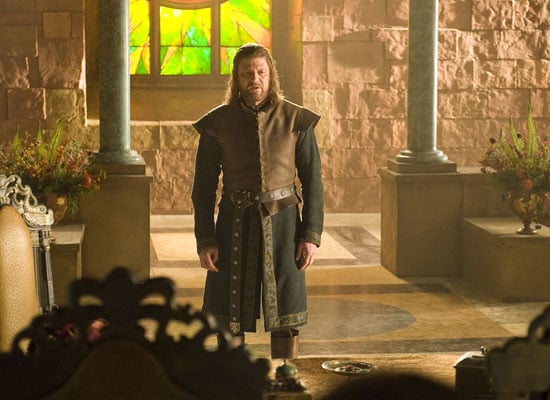 When I was talking to a friend about excitement over the last season of Game of Thrones, he mentioned, “I can’t wait to see Ned Stark again.” It was at this point in the conversation I half-stopped listening (because WTF was he even talking about) and simultaneously tuned right in (because, I mean, I love Ned and miss him, obviously). “I’m sorry, what?” was my actual response, because as we all know, Ned was publicly beheaded, and ain’t nobody got the power to avoid such a gruesome death.

With so many theories about whose parents are whose (looking at you, Tyrion) and who’s going to be offed next season (Cersei? Finally? Maybe?), I was intrigued about this one speculation that someone on this show filled with so much death could actually still be alive. The theory is a bit confusing, I admit, but as it goes, Ned Stark could still be alive and kicking if we take a peek at some possibly overlooked details.

Background From the Book You Need to Know

Unlike in the show, Ned’s death in the book is a little ambiguous. His death is told from Arya’s point of view, and she claims that her dad looks different after his confrontation with Jaime. Sansa later comments on her father’s head up on the post and mentions it doesn’t really look like Ned (this also occurs in the show).

So whereas things seem pretty black and white on screen — it is most definitely Ned/Sean Bean who is brought outside to be executed — it seems that in the book it could be a question as to whether or not it’s really him.

Another thing to mention is that on screen it’s implied that Syrio Forel, Arya’s trainer, is left to die as Arya runs away. But the dude had just taken on a bunch of guards with a wooden sword, so he definitely could have survived his encounter with Ser Meryn. But why do we never see him again if that’s so?

Well, from here, there are two possible theories that could be at play:

As my friend explains it, the first theory he’s heard — from a pretty long-winded YouTube video — is that Syrio is Jaqen H’ghar and Jaqen is Ned.

Let me back up.

This theory suggests that the man who is beheaded is not Ned, but Jaqen with Ned’s face.

Although it’s been mentioned that the Faceless Men can only change faces with someone who’s dead, which would make it impossible for Jaqen to use Ned’s face to replace him at his execution, that fact contradicts itself at the end of season five, when Arya pulls faces off Jaqen and reveals her own face. Seeing as she’s sitting right there, very much alive, we can possibly assume that there are exceptions to this “dead people only” rule.

So, it can be argued that when Ned is thrown in the cells beneath the Red Keep before his death, he could have come across Jaqen, who is also imprisoned in these cells. However, it’s weird that Jaqen managed to get himself arrested, because a Faceless Man, aka a badass assassin, probably wouldn’t ever wind up in jail by accident. The theory states that Jaqen could have been paid off to get himself arrested in order to be down in the cells with Ned, which could have very well been organized by the ever-connected Lord Varys, who visits Ned before his execution.

This is where Syrio comes in — the fact that Syrio is assumed to have died is a little far-fetched as he’s such a talented sword fighter. Wanting to help Ned in order to help Arya, whom he cared for, he could have gotten away from Ser Meryn and gone down into the cells to release Ned, wearing Jaqen’s face (after he was executed in Ned’s place). Whether he decided to do this on his own or it was arranged by Varys as well, it would explain a lot about Jaqen and Arya’s relationship, mainly why Jaqen says to Arya, “There is only one God, and A Girl knows his name,” which connects with Syrio telling Aria during their training, “There is only one God and his name is Death.”

As Ned is about to say adios to his head, he begins muttering to himself and closes his eyes kind of in the same way Bran does when he’s warging. Because it’s believed that his other children can warg as well and take on the forms of their direwolves, it’s possible this magical skill is genetic, passed down from Ned himself.

Upon watching the clip below, you can see exactly what I’m talking about at the 4:26 mark when he lowers his head, closes his eyes, and mutters to himself, and then Arya, who was protected from witnessing the beheading, sees birds flying above her. This theory suggests that maybe Ned warged into one of those birds.

Why Ned would want to warg into a bird and essentially be stuck like that with his human body no longer a form he could take on, I’m unsure. But I suppose it could be possible. And according to the book, if Ned was a warg, he would become the animal he typically warged into — which could be a bird.

(And if the first theory is true, it is believed that Ned/Jaqen could have been muttering, “All men must die.”)

Of course most people would want to believe that Ned is still alive; however, though some of this is pretty convincing, it seems unlikely to me due to Ned’s character that he’s still kicking. If he were still around, how could he just watch as his sons and wife were slain and his other children each suffered in their own ways? He could have his reasons, but we’ll only find those out if one of these theories does prove to be true.