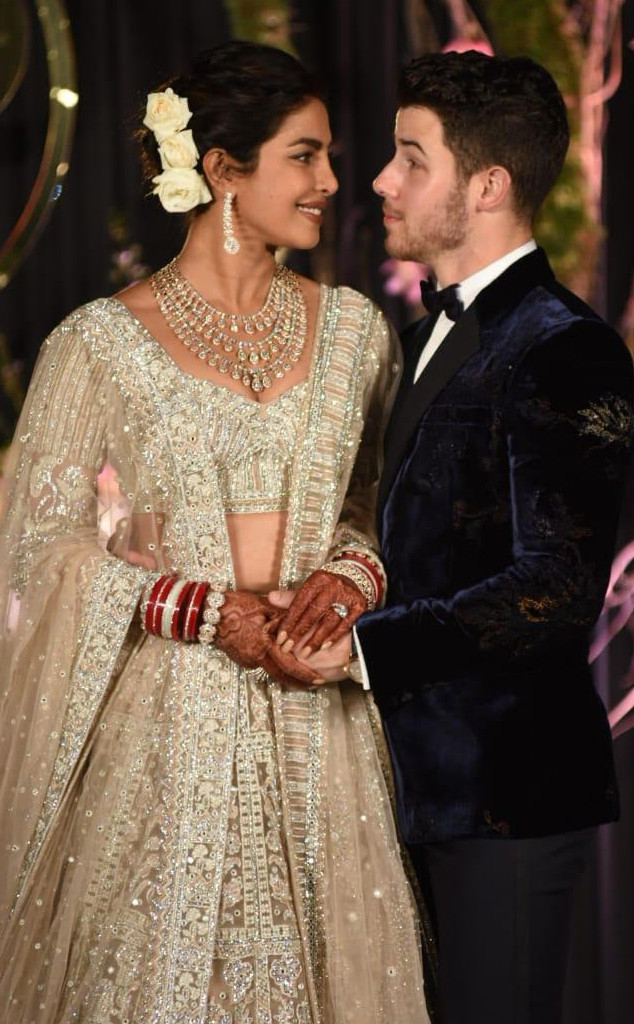 The wedding festivities continue for Priyanka Chopra and Nick Jonas.

The famous newlyweds, who tied the knot in two ceremonies in India over the weekend, kept the celebrations going on Tuesday with yet another glamorous reception, this time at the Taj Palace Hotel in New Delhi, India.

The blissful pair posed for photographers on a raised, lit stage decorated with a tree featuring their initials. Jonas opted for a velvet, double-breasted suit jacket and bow tie while Chopra donned a sparkling, champagne-toned beaded design for the event. They were the image of love as they gazed and smiled at each other in front of the cameras while holding hands.

“Their moods were very jubilant,” a source described to E! News. “She was happy and addressing everyone in the party. She was also being very accommodating to the photographers. She and Jonas looks like they are on top of the world.”

Of course, the party would not be complete without the rest of the Jonas-Chopra family, including the pop crooner’s famed brother, Joe Jonas, his future sister-in-law, Sophie Turner, and his parents. As for the new Mrs., her mother and brother completed the family portrait.

Another source told E! News there were upwards of 1,000 people invited to attend the Taj Palace reception, and some of the attendees are reportedly expected to be Bollywood and Hollywood celebrities. 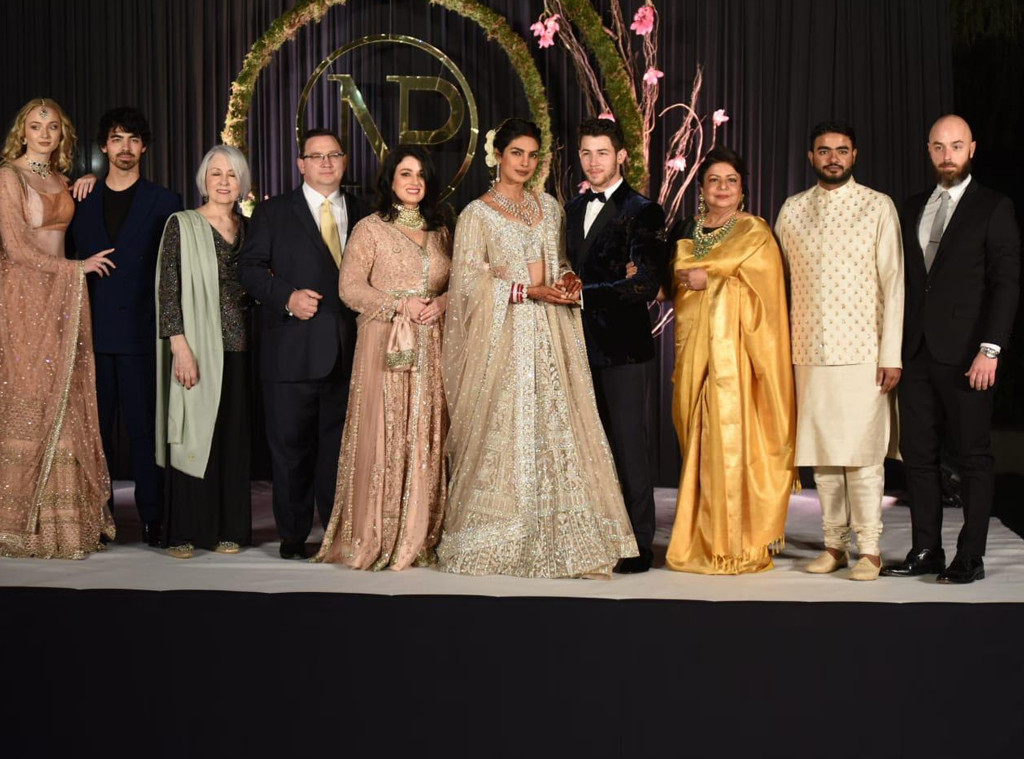 While loved ones continued to commemorate the couple’s milestone with the party today, fans got their first look at the couple’s weekend wedding ceremonies earlier on Monday, thanks to newly published portraits of the pair.

In the snaps, Chopra and Jonas were pictured in their custom Ralph Lauren looks for the Western ceremony held on Saturday, followed by the vibrant gold and red designs by Sabyasachi for Sunday’s Hindu ceremony.

“You know you think your whole life about that moment,” Jonas told People of their wedding. “Honestly, I could not have imagined it would be as perfect as it was. It was highly emotional.”