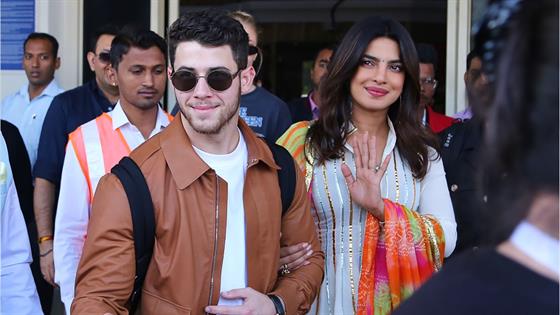 Nick Jonas and Priyanka Chopra took part in a traditional Hindu wedding ceremony at the Taj Umaid Bhawan Palace in Jodhpur in the actress’ native India on Sunday, E! News has learned, a day after they exchanged vows there and officially became husband and wife at a Western, Christian wedding.

The couple’s Hindu wedding took place on the palace grounds, with Mehrangarh Fort as the backdrop. The event featured a 40-foot high wedding mandap, or canopy, adorned with red flowers, according to the Hindustan Times. Priyanka wore a stunning Sabyasachi ensemble, according to India’s Times News Network.

Traditional Hindu ceremonies feature several rituals. As per tradition, Nick arrived on a ghodi, or horse. He and Priyanka then both took a ride on an elephant before taking part in the varmala or garland exchange ceremony, the Times News Network reported.

Later in the evening, the bride and groom and their guests had an elaborate dinner, and an after-party was set to take place around midnight, the outlet said.

On Sunday, Nick posted a photo of himself alongside his three brothers and captioned it “Family.”

Hours before the Hindu wedding, the bride took part in a haldi ritual, in which haldi paste is applied to ward off the evil eye and bring good fortune, a chooda ceremony, in which she is gifted 21 bangles from family members, and a safa ceremony. The color scheme was pink, orange and purple, and the decor included marigolds, according to the Times News Network.

Nick, 26, and Priyanka, 36, went public with their relationship several months ago following more than a year of rumors and announced their engagement in July. Jonas has been to India before, as have his parents, who joined the couple at engagement festivities in the country in August.

Earlier this week, their families got together in India for traditional pre-wedding festivities, including a puja ceremony, a Mehendi ceremony, and a Sangreet dance contest.

“People will need vacations after this wedding,” Priyanka joked to Vogue.

Check out other photos from their wedding weekend below. 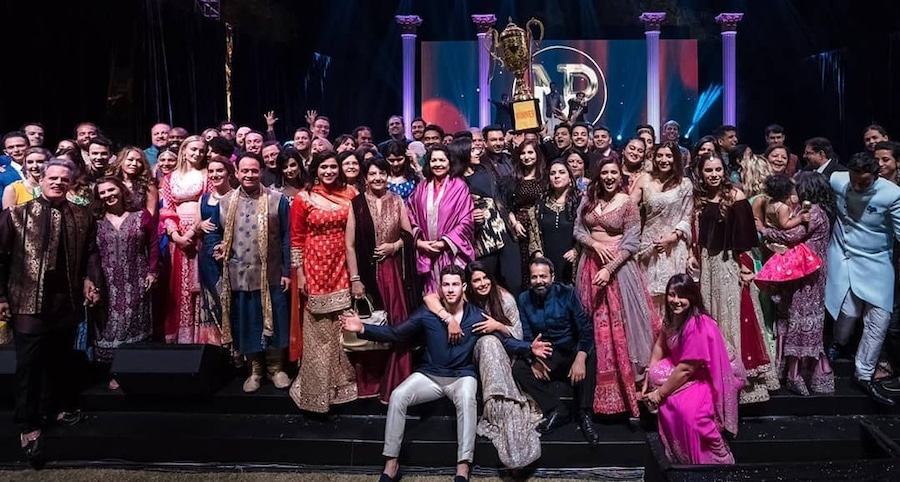 The couple celebrate their pre-wedding Sangeet with Western and Bollywood dances with their loved ones. 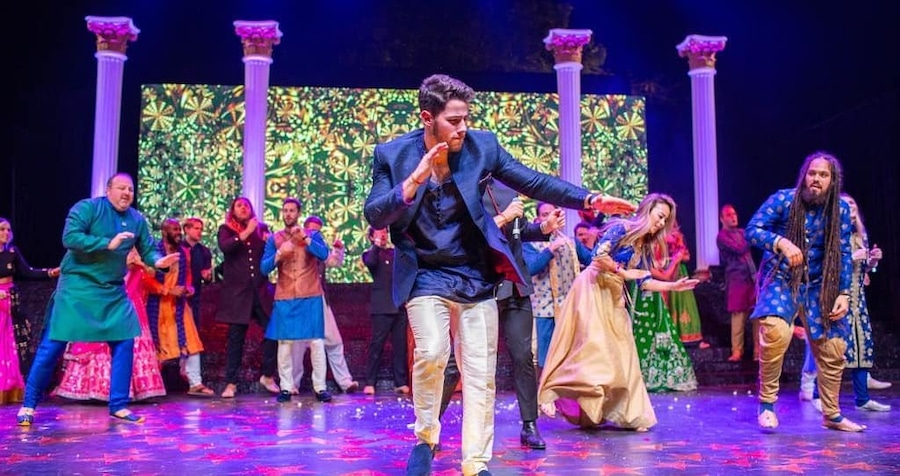 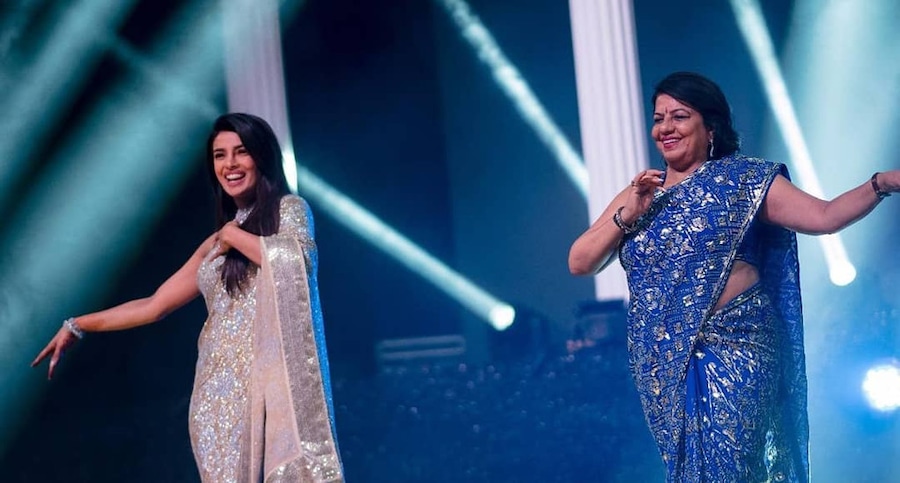 Priyanka dances with her mom Madhu Chopra, at the Sangeet party. 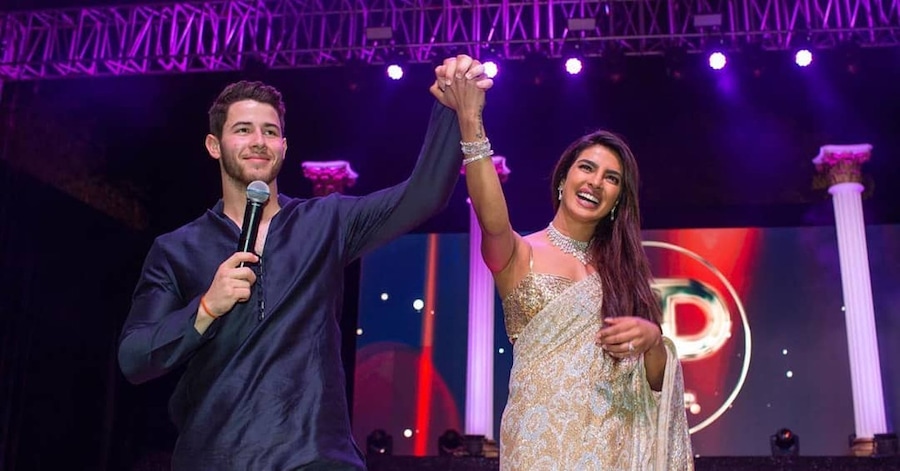 The Bride and Groom (to be)

Nick and Priyanka appear onstage at their Sangeet party, held before they were wed. 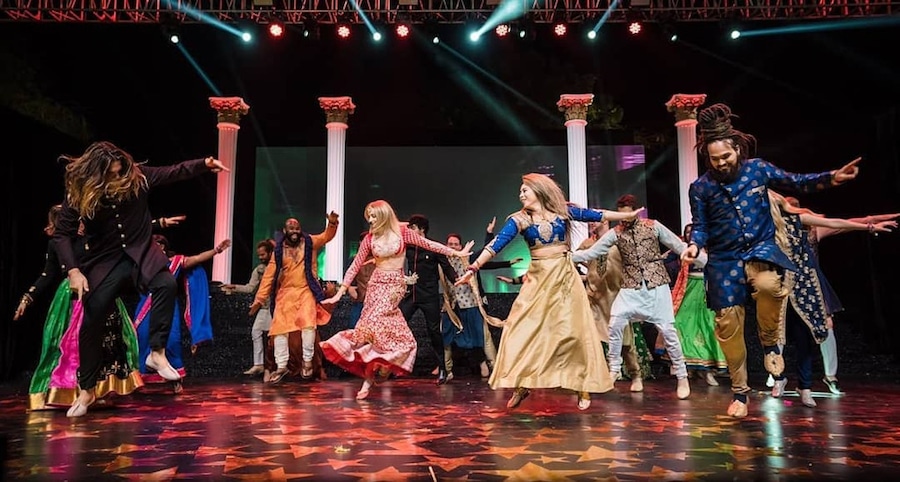 Take It Away Sansa 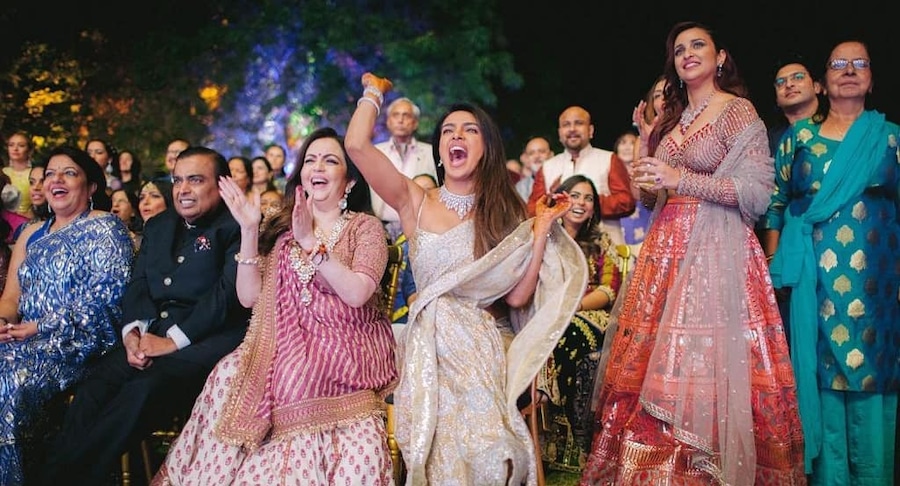 So much joy at at the Sangeet party! 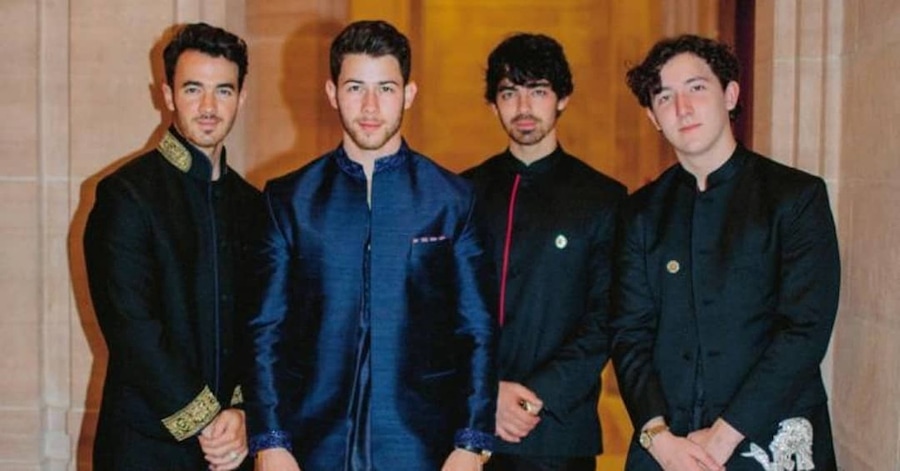 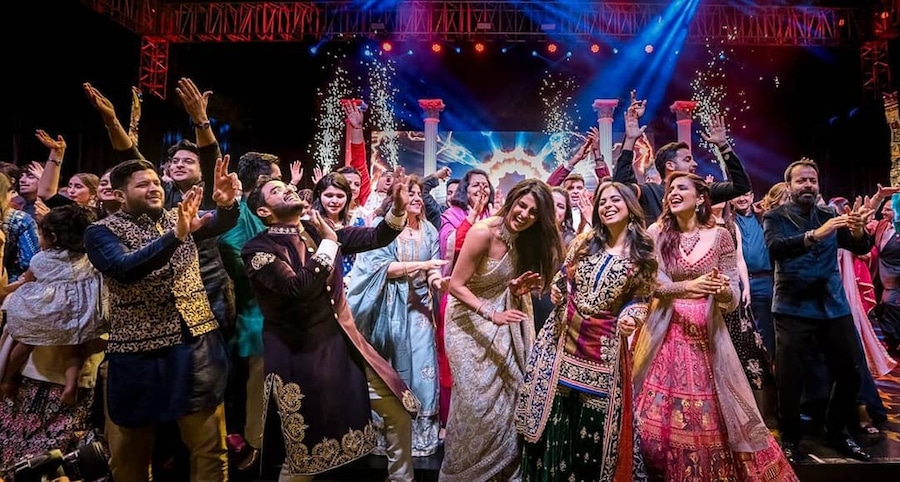 The guests are all smiles at the Sangeet pre-wedding celebration. 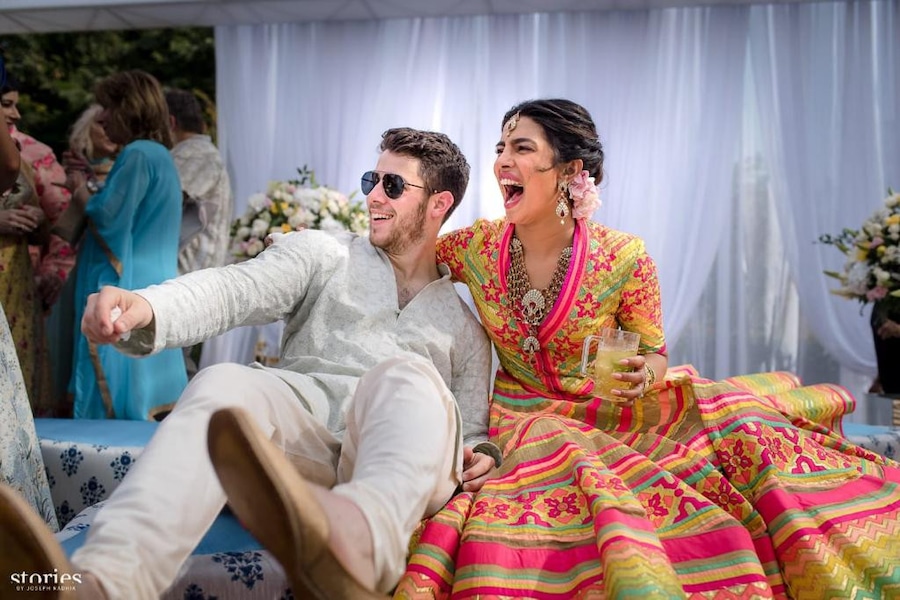 Presenting the Bride and Groom-to-Be

Priyanka and Nick celebrate with their guests at their Mehendi ceremony. 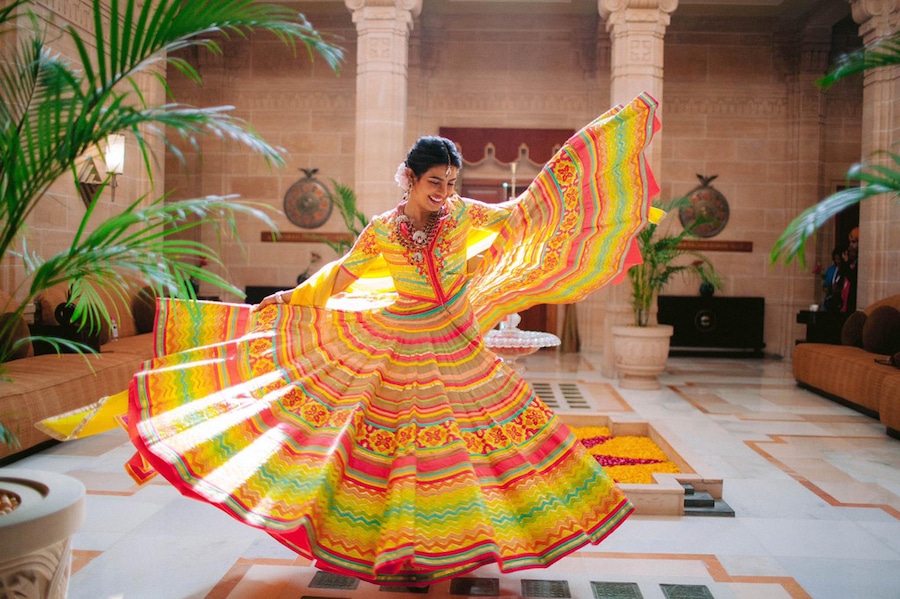 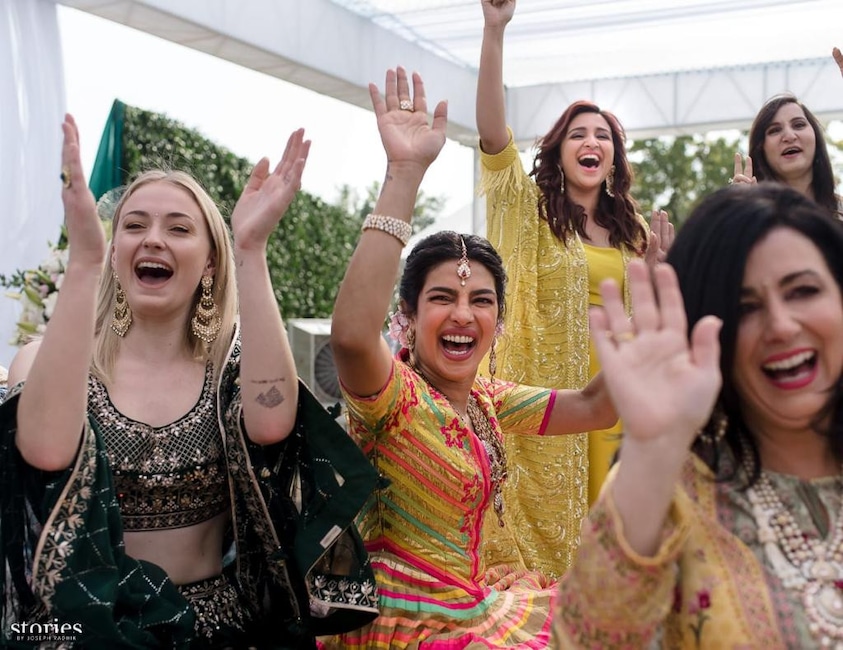 The bride cheers with her female guests and wedding party members, including future sister-in-law Sophie Turner, who is engaged to Nick’s brother Joe Jonas, and cousin Parineeti Chopra, who wrote on Instagram, “THE MEHNDI. The job of us bridesmaids was to make sure the bride was happy and comfortable at all times. But we didn’t have to worry about it – coz Nick promised to do it all his life. Welcome to the family Nick jiju!! Im so so happy that the Jonas and Chopra family are now united!!!” 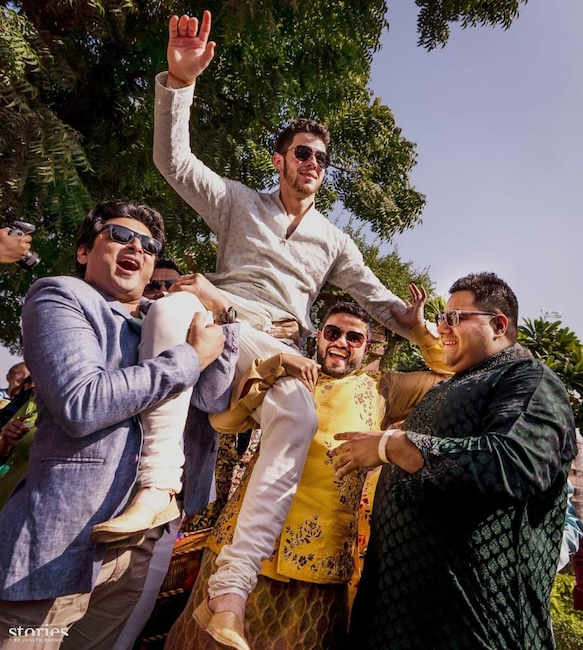 The Man of the Hour

Male guests hoist the groom-to-be up in celebration. 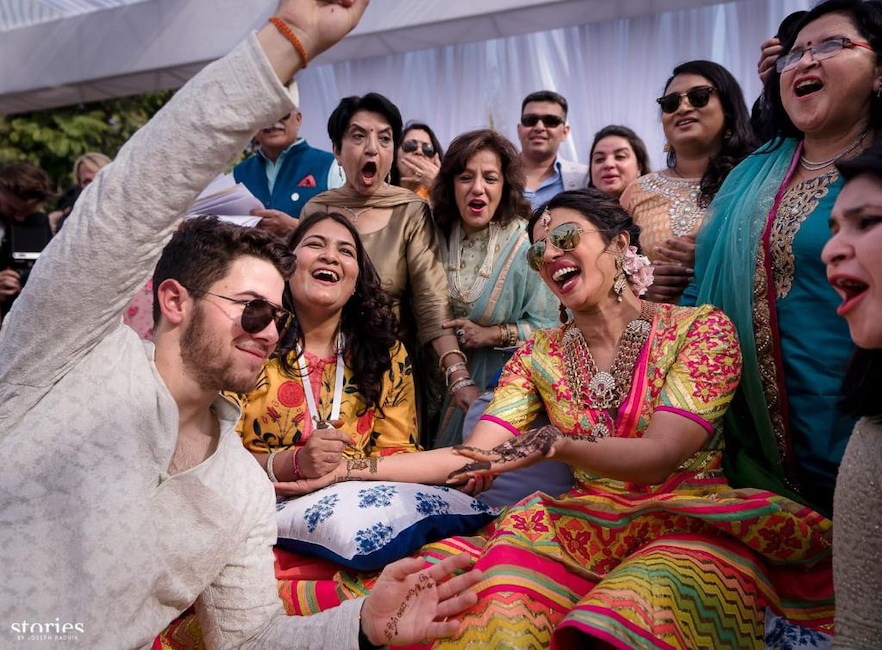 Guests crowd around the bride and groom. 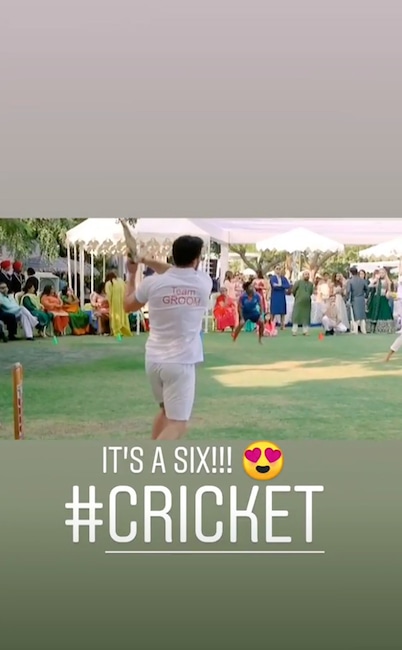 Nick takes part in a cricket game as the women gather for the Mehendi ceremony.

Congratulations to the happy couple!