‘Orgasm cult’ run by ‘messianic’ female leader where women were ‘stroked’ by men during ‘wellness’ classes is under FBI investigation amid prostitution claims after staff were told to have sex to secure business, podcast reveals

A wellness company that claimed female orgasms could be used to ‘change the world’ has been called a ‘sex cult’ is under investigation by the FBI over allegations including sex trafficking, prostitution and violations of labor laws.

OneTaste was co-founded in 2004 by California native Nicole Daedone and focuses on the practice of ‘orgasmic meditation’. In the case of OneTaste workshops, this involved a woman, naked from the waist down, having her clitoris ‘stroked’ for 15 minutes by a man, either her own partner or another paying customer.

Thousands of customers signed up to learn orgasmic meditation, or OM, with OneTaste, attracted by Daedon’es promises it could improve their sex life, help them ‘reclaim their sexuality’ and even aide in recovery from sexual trauma. She claimed it would one day be used like yoga or meditation.

Attracted by the ‘cool’ branding and message that OM would ‘change the world’, people signed up to work as sales people, selling customers workshops, retreats and coaching programs costing up to $60,000. At its peak OneTaste had 150 members of staff, many of whom had originally joined the ‘community’ as customers.

But for years OneTaste has been dogged by claims from ex-customers who say they were left in debt after paying for expensive classes, and former employees who say they were told to engage in sexual relations with potential clients to close sales.

‘For years there have been rumors that OneTaste is basically a sex cult, complete with a messianic leader who everyone adored and worshiped and who expected full allegiance,’ explains BBC journalist Nastaran Tavakoli-Far in the first episode of The Orgasm Cult, a podcast exploring the company’s journey from ‘fringe origins to sleek wellness stardom, to an investigation by the FBI’.

OneTaste said ‘any allegations of abusive practices are completely false’. 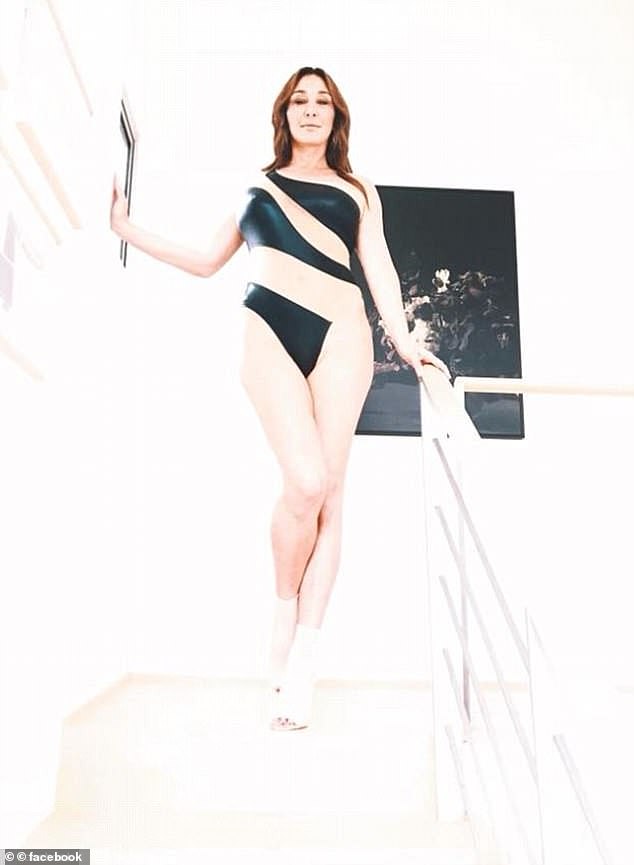 Founder: OneTaste was founded in 2004 by Nicole Daedone (above) and promotes wellness through orgasmic meditation. OneTaste is currently not allowed to offer classes while the FBI makes enquiries about its activities, including allegations of ‘sex trafficking, prostitution and violations of labor laws’, the podcast claims 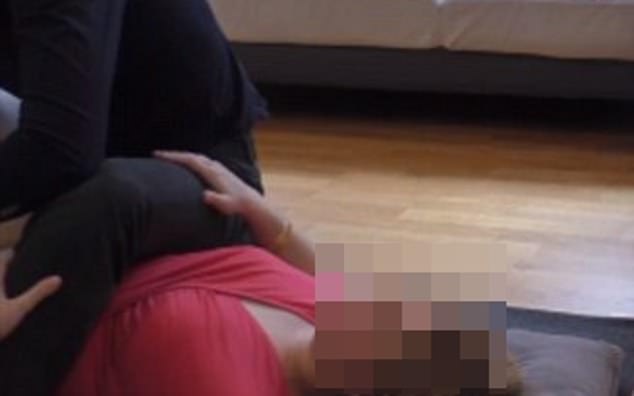 First developed in a commune in northern California in the 1960s, orgasmic meditation, also known as OM or OM-ing, was first introduced to Daedone by a Buddhist monk. Pictured, a couple practice orgasmic meditation under the guidance of a British instructor in 2018

OneTaste is currently not allowed to offer classes while the FBI makes inquiries about its activities, including allegations of ‘sex trafficking, prostitution and violations of labor laws’, the podcast claims.

Nastaran Tavakoli-Far spoke to dozens of people associated with OneTaste as part of her investigation, including one former customer-turned-employee who said she was left with PTSD when she left the company.

‘I had full-blown PTSD when I left OneTaste,’ the woman named Michal said. ‘I was very, very scarred and very afraid. I was, for about two years, suffering from nightmares, a deep sense of depression, and loneliness and low self-esteem.’

What is orgasmic meditation or ‘OM’?

Orgasmic meditation is a 15 minute partner practice that involves a woman removing her underwear and lying down on a ‘nest’ of pillows or another comfortable position.

The stroker, often a man, sits next to her on his own pillows and lightly and deliberately strokes her clitoris.

The stroker focuses solely on the upper-left-hand quadrant of the clitoris, the so-called ‘one o’clock’ position.

This continues for 15 minutes, until a timer goes off.

The aim is not necessarily to orgasm but simply to ‘feel’ the sensation as intensely as possible.

It affects the same parts of the human brain as conventional meditation.

First developed in a commune in northern California in the 1960s, orgasmic meditation, also known as OM or OM-ing, was first introduced to Daedone by a Buddhist monk.

The moment led to a spiritual breakthrough and Daedone began teaching in 2001.

Explaining the practice, Tavakoli-Far says: ‘It involves a woman undressing from the waist down, lying on a nest of pillows, and having her clitoris stroked, usually by a man, very precisely on the upper left-hand quadrant, the so-called “one o’clock spot”. A timer goes off after 15 minutes.’

The aim is not necessarily to orgasm but simply to ‘feel’ the sensation as intensely as possible. It affects the same parts of the human brain as conventional meditation.

At one point in the episode Tavakoli-Far records Chris Hubbard, OneTaste’s former chief technology officer, and his wife Beth demonstrating orgasmic meditation, also known as ‘OMing’, at their home in California, including the sound of Beth climaxing.

OneTaste repackaged the concept and sold it to customers in expensive sessions.

OneTaste has been called a ‘sex cult’ is under investigation by the FBI over allegations including sex trafficking, prostitution and violations of labor laws, according to a BBC podcast. Pictured, Daedone in a photo shared on social media

‘And it affects our metabolism, heart rate, blood pressure, respiration, and brain chemistry, and brings about a state of extended deep relaxation. Similar to other mindfulness practices like meditation and yoga, these changes make it possible to develop attention and access flow states—the ability to be “in the zone.”‘

Who is OneTaste founder Nicole Daedone?

Nicole Daedone hails from California and described Silicone Valley as her ‘home’ in a 2013 lecture.

Before focusing her attentions on orgasmic meditation, the author and entrepreneur, The San Francisco State University graduate founded the 111 Minna Gallery in the SoMa district.

She went on to study with teachers of yoga, Kabbalah, and Buddhist meditation.

It is thought Daedone was introduced to orgasmic meditation in the early 2000s by a Buddhist monk, who demonstrated the practice in a private session.

She founded OneTaste in 2004, packaging orgasmic meditation in a palatable format and by 2009 was on the cover of The New York Times’ Style section.

Daedone wrote a guide to orgasmic meditation, Slow Sex: the art and craft of the female orgasm, in 2012.

Vanity Fair named Daedone in its list of ‘Twelve Women Who Changed the Way We Look at Sex’ and around 900,000 people have viewed her Ted talk, entitled Orgasm, the Cure for Hunger in Western Woman.

It started attracting more press attention and was riding on the wave of female empowerment and self-help, which in turn drove more customers.

At its peak it employed 150 people across nine cities including San Francisco, New York and London. One 2018 report suggested there were 10,000 practitioners worldwide and 2,000 in the UK alone.

Speaking anonymously, one former female employee told the podcast: ‘They were talking about trying to reach hundreds of thousands of people.

‘They were talking about wanting to change the world. It sounded sexy and their website looked like BuzzFeed and it was hip, cool. It was super glamorous, super legitimized and super above board and it seemed techy. They had none of the lookings of a cult from the outside.’

However former members have described its sales methods as ‘predatory’ and people reported being pressured into paying tens of thousands of dollars for courses.

‘Staff were mostly on commission, earning hardly anything while working and living in some very expensive cities,’ Tavakoli-Far continues. ‘Many workers were expected to flirt with customers to close sales.

‘Some were told to have sex with potential clients and threatened with being cut out of the group if they refused. Employees were expected to make OneTaste their entire lives.’

The website once used by OneTaste is no longer in use and its YouTube channel, which has more than 1.5million views, has not been updated in two years.

Daedone’s personal website is no longer in use and her personal Instagram account, which is set to private, makes no mention of OneTaste in the bio section.

In 2018, Bloomberg Businessweek published an exposé after multiple men and women came forward saying they were left in debt after joining the wellness company and told to engage in sexual relations with potential clients to close sales.

They told Bloomberg Businessweek that they were encouraged to take expensive classes and shunned by members of the community when they did not choose to participate in the sessions. 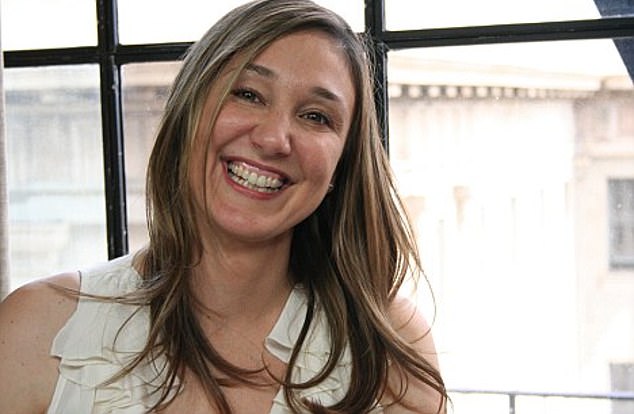 Co-founder Daedone, pictured, was described in the BBC podcast as a ‘messianic leader who everyone adored and worshiped and who expected full allegiance’

At the time OneTaste told DailyMail.com that the Bloomberg article paints the company in a false light, hand-picking the sensational allegations of a few while ignoring thousands of satisfied and happy customers.

Moreover, a spokesperson for the group stated that all of the allegations are more than two years old from before OneTaste transformed, under new ownership and leadership, into a traditional company with strong corporate governance, clear-cut sales policies and practices, and strict HR policies.

A OneTaste representative told MailOnline: ‘Any allegations of abusive practices are completely false. OneTaste was an organization that helped individuals to increase health, happiness and connection through methods combining mindfulness and sexuality. More than 300,000 people practice Orgasmic Meditation worldwide. Many have experienced profound healing and transformation.’

The podcast, which will be 10 episodes in total, will also explore the wider wellness industry and the way it interacts with its largely female customer base.

The Orgasm Cult is available to download on BBC Sounds and via the programme page.