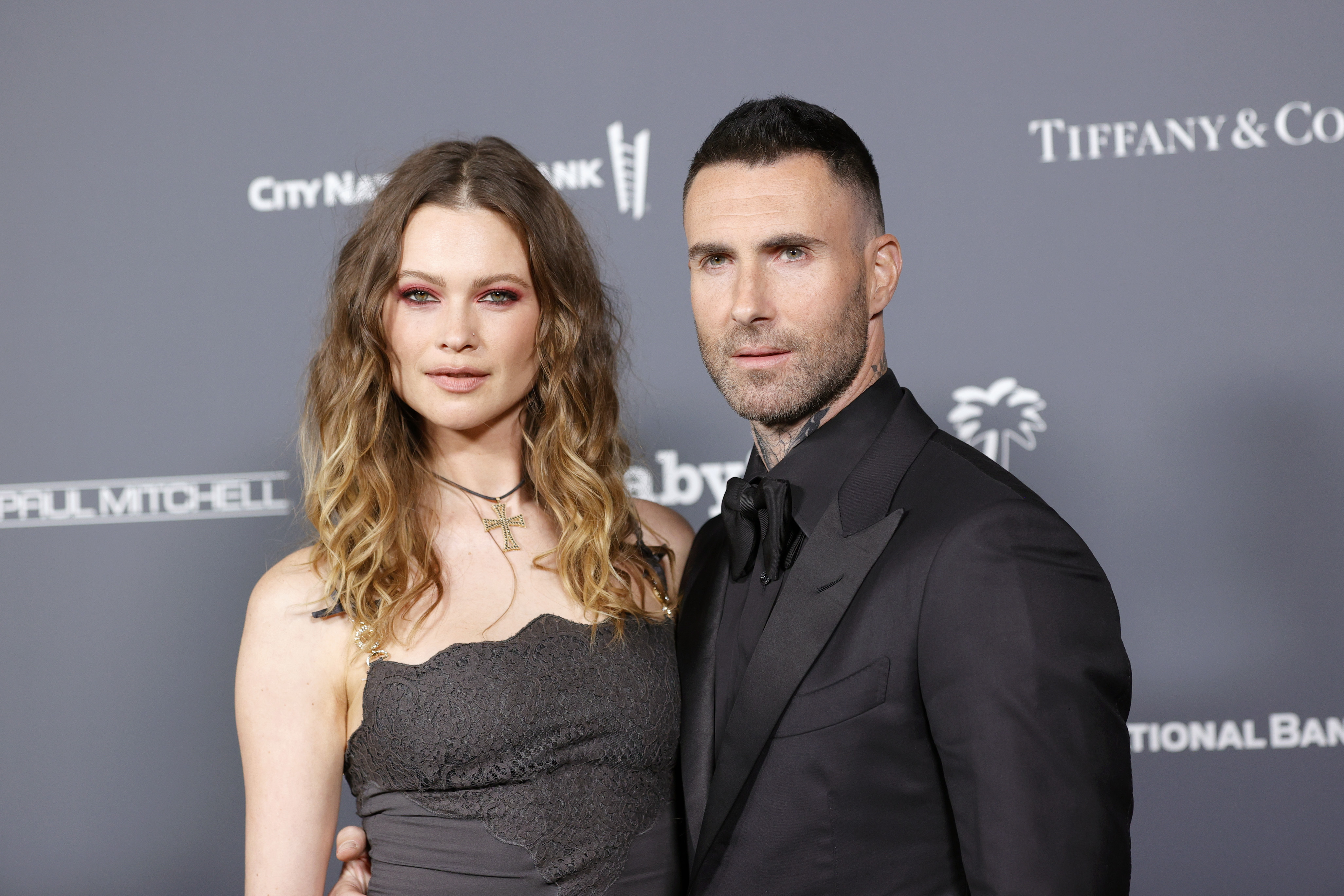 ‘Still can’t believe Adam Levine cheated on the gorgeous Behati – proves that no matter how pretty you are, men will still cheat.’

‘The fact that Adam Levine cheated on his wife who’s a f***ing Victoria’s Secret model with some random girl is INSANE.’

These are just a couple of the thousands of tweets that have flooded my Twitter timeline since Maroon 5 frontman Adam Levine became the centre of a scandal this week after Instagram model Sumner Stroh claimed she had an affair with the married man.

Although Adam denies the claims that he cheated – although he has admitted to ‘crossing the line’ – the focus of some inevitable Twitter ‘hot takes’ have been firmly on his wife, 34-year-old Victoria Secret model Behati Prinsloo.

Why? Because what’s more shocking than a married man allegedly cheating on his pregnant wife, to whom he’s been married for eight years and had two other children with? The claim he cheated on a model, apparently.

‘If we can learn anything from the Adam Levine drama it’s that even Victoria’s Secret models get cheated on’, another tweet read.

By this logic, am I meant to assume that because I’m not a model, it was OK for my ex-boyfriend to cheat on me? Or is his behaviour deemed OK if the person he cheated on me with was perceived to be more attractive?

I once had my heart torn out of my chest when someone I deeply cared for used ‘you’re not my usual type’ as a way to justify why our relationship couldn’t continue – but fair enough, as according to this take on the Levine-Behati-Sumner scandal, if a model can’t keep her husband, I’m certainly not hot enough to keep some guy.

This outdated, gross and sexist attitude needs to stop.

At a time when a man should be held accountable for his wrongdoing, attention has pivoted onto the women he has involved in it. Mainly, their looks, with people saying Sumner is not as attractive as Behati.

It’s a weird sexist mess that shouldn’t be happening, where women’s looks have yet again been weaponized and made the centre of attention in a situation where it should be on the man at fault.

The idea of ‘she got cheated on even though she’s a Victoria’s Secret model!’ puts the responsibility of the situation back onto Behati – as if in some twisted way the thing to take from all of this is that ‘even her looks weren’t enough to keep her husband’ and by proxy, reducing her to just her appearance.

Yes, looks will not save you from your partner cheating, but they should never be the basis of whether anyone ‘deserves’ for their partner to be unfaithful or how shocking it is that their partner ‘crossed a line’.

Behati being a Victoria’s Secret model shouldn’t be of any influence on how we view her husband’s behaviour – Adam Levine shouldn’t have messaged other women while married to his wife of eight years, full stop.

People cheat when they are weak and unable to confront their emotions due to cowardice – instead opting for secret external validation – it is by no means linked to their partner’s looks, or their partner full stop.

We need to put the blame back where it belongs, on the person who broke the trust in a relationship in the first place instead of using it as a chance to participate in ‘look wars’.

Adam Levine allegedly asked Sumner if he could name his unborn child with Behati after her – how is this not what people are instantly jumping to?

Instead we’re still stuck in a situation where many people have sprung at the first chance to rank women and put ‘good looks’ on a pedestal.

It’s something we’re all guilty of – how many times have we tried to make ourselves feel better about betrayal with the argument of ‘well, at least I’m hotter than them’?

Saying someone is less attractive than you won’t stop the fact that you’ve been cheated on – unfortunately, whoever you were dating is just a horrible person and now you look like a bit of a d*ck for bringing looks into the equation.

It doesn’t matter if someone walks the high street more than they do a catwalk, no one should be made to feel as though there was a justifiable reason for their partner’s indiscretions. Looks will never be a defining factor for treating someone with love and respect – unless we carry on these toxic narratives.

It’s reflected in the thousands taking to Twitter and Tiktok to slam Sumner and make her the villain of the scandal. The focus once more is wrongly on the women of the incident; instead of demanding men change their behaviour, women are held accountable for ‘knowing what they were doing.’

We are allowing the deep set issue of cheating – or ‘crossing a line’ – to become surface level by making it about the looks of the women involved.

Can we stop trying to turn this moment – a moment that should be focused on the fact that a married man betrayed his wife – into a ‘teachable moment’ for women?

The only lesson I’ve learned is that the bar is low so it’s in hell.