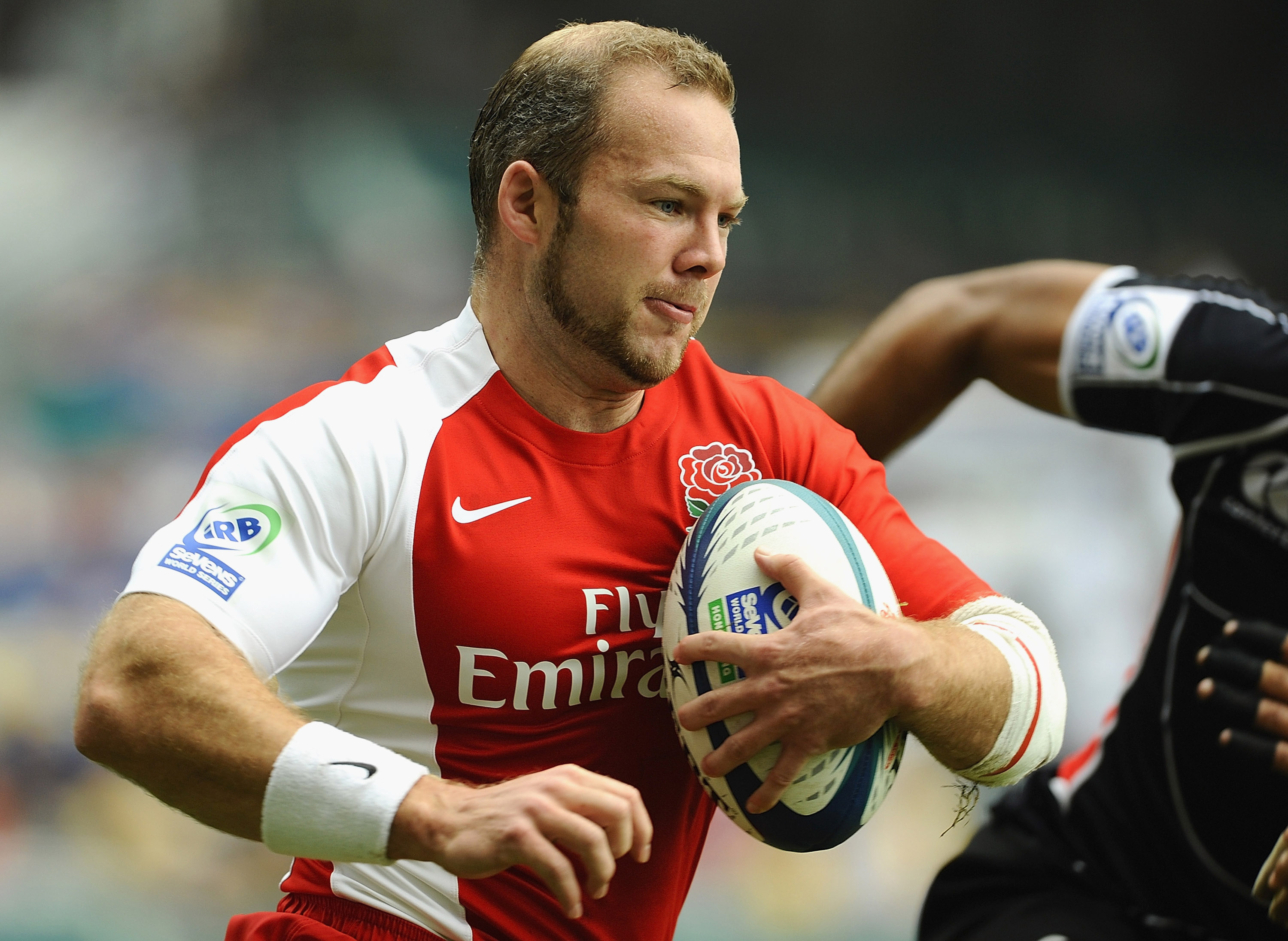 I was only four years old when I first picked up a rugby ball and I instantly fell in love with it.

I was training three times a week before playing often two games at the weekend.

When my parents split at the age of 10 and I eventually lost touch with my father, rugby became my crutch.

I sought validation through excelling at the sport I loved so much, but when I hung up my boots in 2014 after a decade of playing professionally, I didn’t realise the hole – and depression – it would leave.

When I reflect on my career, the highs of professional rugby were euphoric, and the lows were desperately hard.

Among my proudest career achievements, I captained the men’s England Sevens team and was voted the World Rugby Sevens Player of the Year in 2009.

When you play at that level, you are living out a childhood dream. It was a surreal experience and there was a massive sense of achievement.

My dreams had come true. Coaches lauded me; fans rated me. Yet, little did I know that my mental health was suffering, and issues were simmering under the surface. When you get injured, you can feel the anxiety manifesting, but nothing told me I was suffering mental health issues.

However, it wasn’t until the music stopped completely – after a calf injury in 2014 brought my career to a premature end at the age of 29 – that the depression began to settle in.

It wasn’t clear to me at first. I was never satisfied, always seeking new opportunities, and always looking for that new high. I suppose the disappointment of leaving a sport that gave me so much was still raw.

This was compounded by the fact that I felt I’d been robbed of many more good years ahead of me, including a chance to captain Team GB at the Rio 2016 Olympics.

In hindsight, I was perhaps too self-absorbed to realise that I needed support. I didn’t see the signs nor understand how to continue my life without rugby.

I’d become self-destructive. I started to recognise that things could go the wrong way and that similar patterns began to emerge. When I wasn’t satisfied, I’d constantly blame somebody else. I couldn’t yet see that I was the problem.

I threw myself into anything and anyone that would give me attention. I sailed around the world and took on some monumental challenges, including world record expeditions to the North Pole and Mount Everest.

Those came at a time in my life when I had more control of my feelings, but what led me there was the need to do something new and exciting. What was the next big adventure to fill the void left by rugby? Before then, nothing was ever enough.

I also sought fulfilment from my relationships with women; I was dependent on their attention and had a need to be loved. Those relationships ultimately lost all meaning.

Looking back, I’d actually lost perspective of myself. I wasn’t used to not being one of the most talented people in the room and was constantly striving for attention.

I ended the relationship with my girlfriend at the time, which led me to start realising that the problem was me. I was the one causing this emotional upheaval. When I look back at all the times I wasn’t fulfilled, I have to admit it was always me. I felt ashamed.

I eventually met with a therapist roughly 18 months later. At the start of therapy, I felt a huge level of shame as I had, until this point, constantly worried about what other people thought about me. So this feeling of vulnerability was initially hard to take.

I turned up with the wrong mindset. I thought they’d tell me that I was tormented by my injury and all that I needed was time.

‘It doesn’t really work like that,’ I was told. ‘You need to peel back the onion and explore where some of these deep-rooted insecurities originate.’

Only then could I begin to take a hold of my depression and begin to understand it.

There is a process of acceptance. At the beginning, the uncertainty around what the future holds was difficult. I hated that feeling the most and it’s why I continued to cling onto my previous life in rugby.

I see now that playing professional rugby took a significant role in my daily life but masked my mental struggles. I had become wholly dependent on the competitive environment and that had become my identity.

My therapy helped me realise that what actually motivates me is sharing life-changing moments with the people closest to me. Rugby was like an addiction I had to overcome and, within several months of starting my therapy, I started to see things more clearly. I began to feel safe and content with myself.

However, I had to go through those uncomfortable conversations to address the issues I was facing, accept what had been before, and only then look forward.

I now try to be more grateful for whatever life throws at me and to practice an ‘attitude of gratitude’, which helps me to appreciate the simpler things – my wife and children first and foremost – and not to put too much onus on winning and being successful.

I have a greater level of fulfilment and, while I’m still competitive, my thirst to constantly be the best has definitely diminished.

I used to think that if I was the best at what I did on the rugby field, I would get the praise and recognition I craved – especially from my father. However, I recognise now that none of that adds up and that my will to win only drove me further down the neurotic path.

While rugby was my conduit, depression can affect anyone. One in five women suffer from a mental health issue versus one in eight men. However, according to The Samaritans, men make up four in five suicides.

It is therefore vitally important that you speak up if you’re feeling down and to check in with friends who might be exhibiting symptoms.

Everybody’s tells are different. Often you can see that someone you might know well is making decisions they wouldn’t usually make, and in my case, that was the sign that I was leading down a bad path.

It’s about having the courage to say to them – or yourself – that you need to seek a different perspective and that I am the one who needs help. There’s no written rule when battling with depression, only to recognise the avenues of support that are available to you.

I’m extremely grateful to the people who have supported me. They have been my rocks through the good times and the hard ones too.

Ollie Phillips is the founder of Optimist Performance, a company specialising in performance coaching, leadership and behavioural change.