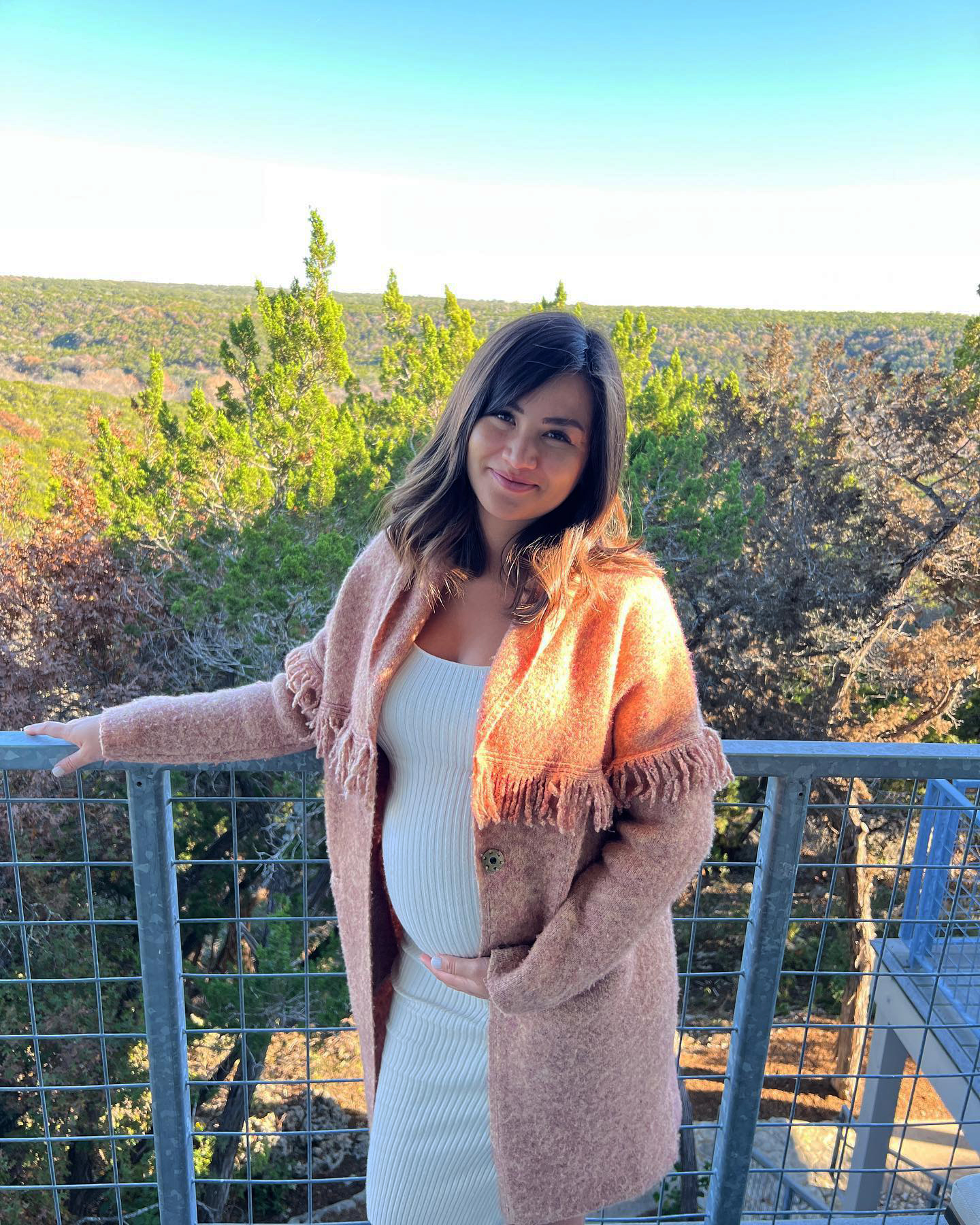 Unwrapping the best gift of all! Pregnant Bachelor alum Caila Quinn surprised her husband, Nick Burrello, by revealing the sex of their baby on Christmas morning.

Quinn, 31, who is six months pregnant with their first child, became emotional when telling Burrello, 30, the contents of large, wrapped box she handed to him in the TikTok video she shared on Sunday, December 25.

“Just so you know,” the ABC alum said through tears, while handing her husband the package. “In here is the gender of our baby.”

“He’s wanted to know the gender from the beginning & I know this means the world to him,” Quinn wrote alongside the sweet video.

The couple, clad in matching festive pajamas, sat on the couch while opening the present together.

“I’m freaking out,” Burrello joked, insisting he and his wife unwrap the box together. “Are you sure you want to do this?”

As soon as Quinn reassured him, Burrello opened the top to see a teddy bear wearing a pink onesie, surrounded by pink tissue paper.

In September, Quinn and Burrello exclusively announced to Us Weekly that they were expecting their first child, sharing sweet photos from their maternity shoot.

Best present of all 🥹 suprised husband with baby’s gender for Christmas! He’s been asking to find out for months 💙💖 #christmaspresent #genderreveal #babygender #pregnant #christmassurprise

The former reality star set up a special surprise to tell her husband that she was pregnant, she told Us at the time.

“I put a new camel sweater on our dog Ash and tucked the pregnancy test in it,” Quinn explained, noting that she told Burrello on his 30th birthday. “When Nick called Ash to come sit with him on the couch, the pregnancy test fell out and Nick shouted, ‘No way!’ in pure shock — and joy, of course!”

The Ohio native — who appeared on Ben Higgins’ season of the Bachelor and on Bachelor in Paradise season 3 — married Burrello in May 2021, just over a year after their January 2020 engagement.

“I am so excited to announce that Nick and I are finally married,” she exclusively told Us at the time. “It was truly a dream day in Sarasota, Florida, at the Ringling Museum of Art. Wish it didn’t have to end!”

The couple’s nuptials — which were postponed twice due to the coronavirus pandemic — took place in the same city where Burrello proposed.

Bachelor Nation Babies: See Which Reality Stars Have Given Birth

“As we start walking up the table at sunset, by the beach, there was an acoustic guitar playing this beautiful romantic song, ‘The Way You Look Tonight,’ and I start tearing up,” the former reality star recalled to Us in January 2020, explaining Sarasota is where her grandparents live. “And it was just a special evening where we had dinner by the ocean and we kind of talked about our relationship, our lives together. It was just the two of us. Then, at the end of the dinner, he asked me to slow dance and I said, ‘OK.’ So we started slow dancing and I’m swaying in his arms and then he gets on one knee and he asks me.”

Quinn and Burrello’s baby girl is due in March 2023.