Good looks can be both a blessing and a curse – and that's definitely the case for these six beautiful women in particular.

A variety of Instagram and TikTok influencers have shared the downsides of pretty privilege.

From being hit on regularly at the gym to not being taken seriously at work, they revealed that being good looking is not all it's cracked up to be.

'I'm so pretty trolls accuse me of catfishing'

The former Miss Slovakia 2016 finalist has claimed her Instagram account is often deleted because fans report her for being fake as she's "too pretty" to exist.

Veronika Rajek, 25, has slammed the haters and says she's fed up because life is "harder for beautiful people". 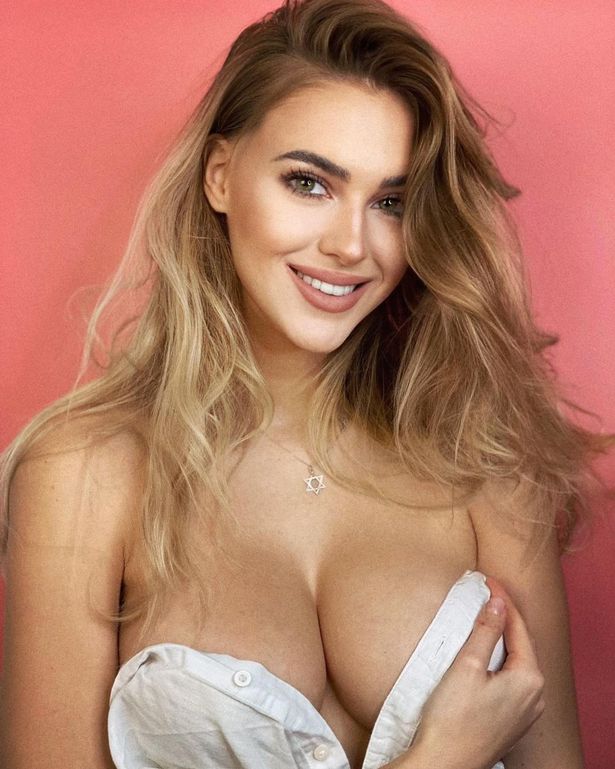 Speaking about her appearance, Veronika said: "People don't even believe I exist.

"It's pretty discriminatory that other women can do the same thing as me and I can't, and I just get deleted because of my looks.

"I call myself an alien as people don't believe I'm real. They think I'm an AI robot or a catfish online."

The model added: "Trolls say beautiful people have it easy but I have it worse as they make it harder for me because I'm beautiful."

'I'm so hot men won't stop flirting with me at gym'

A model who says she's "so hot" men won't stop hitting on her at the gym is now considering an expensive bodyguard.

Monica Huldt, 37, lives in Arizona, US, where she hits the gym at least five times a week. While she finds the attention she receives flattering, she's tired of being distracted.

Now Monica plans to hire a bodyguard to stand by her while she gets her reps in.

She said: "Working out and exercising is super important to me as I do it not just for my physical health but my mental well-being.

"I get hit on at the gym at least once every time I go and I work out at minimum five times a week so it can get a bit draining.

"No one takes me seriously because I'm attactive'

Autumn Westfall works in a construction company as a project manager and has revealed how pretty privilege has meant she's been treated differently by her colleagues.

Instead of treating her with respect, she has been treated like a tea girl while her colleagues ignore her emails.

"It is absolutely rude how when people find you attractive, they are generally just nice to you for that reason and that reason only," Autumn explained in a video onTikTok.

"Until you are in a power position who steps into a male-dominated industry and then you might as well be carrying around a tray of coffee and snacks."

Autumn said she is often ignored by her co-workers, which she believes is because she wears makeup and dresses nicely.

She added: "Pretty privilege almost becomes the opposite in my experience."

"I get bullied for being too sexy' A Playboy model has hit out at people who 'bully' her for being "too hot" and having a "nice body" – as she branded her haters "weird".

Cover star Nathy Kihara, 34, often likes to show off her curves on Instagram, where she has 747,000 followers.

However, despite tons of gushing comments on her sexy snaps, the Miss BumBum World 2021 champion claims she is met with a lot of hate too.

"Some people are really judging me for being too hot," she said.

"They have a problem with me being up to standard and having a nice body. That's weird."

Nathy claims that the recent backlash is pretty new to her, as she added: "It's different and it's not cool." Conny Hawk, 29, from Austria says she’s hit on 20 times a day, which can be “uncomfortable” and "scary", especially when male admirers react angrily to being rejected.

She said: “I try to be nice about it but it does make me feel uncomfortable 99% of the time.

“Especially because a lot of guys are super persistent and don't give up. Sometimes when I say no they start being rude and aggressive and will say things like 'you're ugly anyway.'

"It can be scary, especially when it's in the evening or at night time."

Conny can’t even go for a health check-up without being flirted with as she's even had her doctor make advances towards her during an appointment.

The model recalled: “Once I had to go to hospital because I had an allergic reaction and the doctor treating me started hitting on me.

“My ears were super swollen and red, I looked awful. As he was flirting with me I was just thinking: 'Jeesh, how is this possible?'”

'People are intimidated by my looks'

TikTok star and motivational speaker Brenttanye Sharraine has said people judge her for being “attractive”.

She revealed that sometimes people scowl at her in the street, while others brand her “intimidating” or treat her like a “trophy”.

In aviral TikTok video, the motivational speaker walked through New York City’s Central Park and explained: “Yes, I do get a lot of stares and I get a lot of compliments too. Some people gaze and some people scowl at me. "I have never in my life noticed a man scowling at me, so it says a lot. I've been told I come off very intimidating, although I'm not mean at all to people.

"When dating, I've met everyone's families – parents, sisters, brothers – I've always met them, even if it's not serious and we've only known each other for months.

"I've been invited to events and meetings with business partners, I'm aware now as a woman in her late 20s that I've been used as a trophy before. I don't allow that anymore.”

To stay up to date with all the latest news, make sure you sign up for one of our newsletters here.