My new obsession: Uber pool. Without sounding like a promo girl, because we all know Uber has its flaws, this time I feel compelled to extol its virtues.

Uber pool has made me feel warm and fuzzy inside, it has challenged me, and it has made me feel joyous at the prospect of talking to strangers again. Pretty remarkable given how hostile I feel towards strangers on a regular basis. 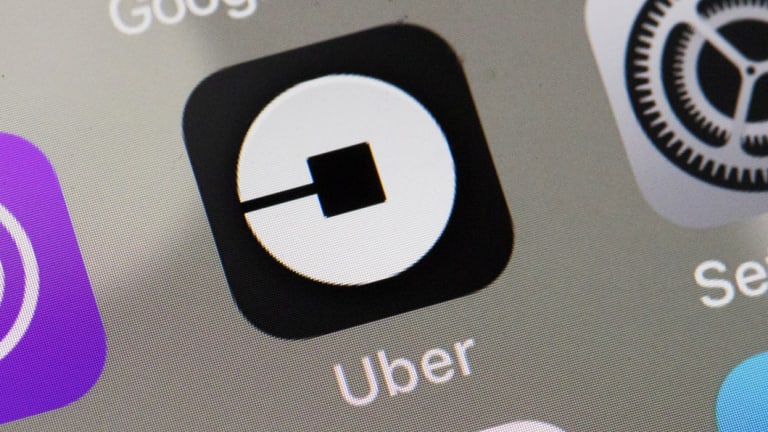 Drivers are now using multiple ride-share apps at once, switching between which offers the best rates.Credit:Brent Lewin

I first got an Uber pool in Melbourne when I was hungover and debating whether I could muster the strength to get to Northcote to visit my friend. Google Maps said 39 minutes via a combination of walking and public transport, which wasn’t an option in my state.

I peered into the Uber when it pulled up. One stranger. One driver. Better than a full car, I thought, and I got in.

It was then that I realised something was quite different. A strange thing came over me. I said hello, like I always do, but I didn’t pursue the usual one or two obligatory questions and then pull out my phone.

I had some pleasant banter with the driver, and then I turned all the way around to the backseat and looked my fellow rider in the eyes and said "hello".

And I thought to myself, how often do I say "hello" to a stranger, smile, and look into their face? The answer is  pretty much never. And I know why, a little bit.

A part of it, that applies to male strangers only, is because I feel as though I can never look into a stranger man’s eyes and say "hello", because, nine times out of 10, next minute he will be checking, or asking, me out (less likely in an Uber – fear of being rejected is amplified in a small space).

The other part is that usually, when I’m commuting, I’ve got my head in my phone. I’ve just finished work, and I’m calling my mum, googling ailments ("do I have a brain tumour"), catching up on 28 new group messages, booking a gym class I won’t go to – whatever.

But the biggest reason I don’t talk to strangers any more, I think, is because it is no longer acceptable in our society. Even in the friendly city of Melbs. We just don’t do it.

But – as I’ve learnt – we do talk to strangers when we are stuck in a car with them.

The past few weeks I’ve had about 10 rides that have been – dare I say it – magical. There is something about being in a car with strangers for a finite period of time, where you are essentially anonymous, that is extremely liberating.

The other night when I left my office building in Docklands was one of those times. I was feeling pretty grim, I’d had a long day and I had to go to a dinner.

I ducked into the Uber and my driver greeted me by saying, "Welcome, Claire! This is Tanya." Next minute he was explaining that he and Tanya had been discussing the tragedy of child prostitution in Indonesia. And we ended up having a conversation that flowed the entire ride, that went from everything to love, divorce, our driver’s experience immigrating to Melbourne, and money versus creativity.

The other day, I acquired three Greek recipes and a recommendation for a Greek Deli in Thornbury, and a particular type of cheese to buy there (the barrel feta, apparently it's delicious). And last night I learnt all about how my fellow rider was learning to play pool at the Dandenong RSL because he and his mate are too embarrassed to play at the pub.

The past few weeks I have been given the opportunity to remember how beautiful it can be to look into a perfect stranger’s eyes and say "hello". And how we are all, it seems, still capable of putting down our phones and talking to strangers.

Claire Thurstans is an Age columnist.