There are only a few relationships fans care deeply about on Game of Thrones. Daenerys and Jon Snow come to mind, but they’re a johnny-come-lately to the Westerosi dating scene. Tyrion and Sansa are a far more protracted saga, with a disastrous marriage, a frame-up job, and miles of water under bridges. But perhaps the most crucial relationship involves Jaime Lannister – not with his sister Cersei, but with Brienne of Tarth, who he has been soulmate to since Season 3. When Jaime knighted Brienne on Game Of Thrones, it was the culmination of years between them. Warning: Spoilers for Game of Thrones Season 8 episode 2 follow.

Brienne actually has two men who are vying for her attention at Winterfell, a situation she’s clearly not used to. First, there’s Jaime, who she not only saves from execution by standing up for him in front of Sansa but who insists he came to Winterfell to fight beside her because this is a fight that goes beyond family loyalty. Then there’s Tormund, who clearly is hoping to spend his final night on Earth in her bed. His first question upon arriving at Winterfell: "Is the big woman here?"

But as adorable as Tormund and Brienne would be as a couple, her relationship with Jaime is one that has stood the test of time and distance. So when Jaime stands up and insists on knighting Brienne, it’s a bigger deal than any kiss might have been. 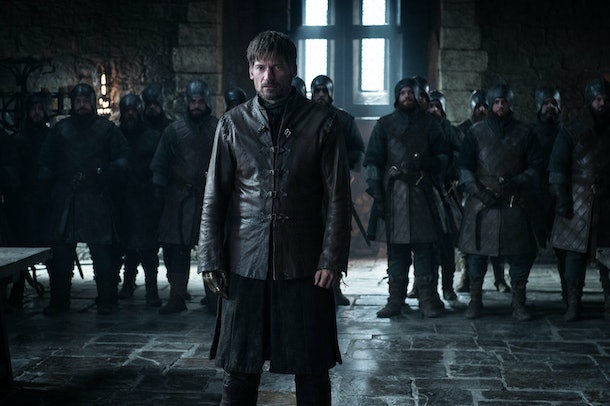 Most viewers assume knighting to be the domain of royalty, mostly due to the way the UK has modernized the tradition. But in Westeros, it’s not as formalized, partly because knights are not an honorary title in the same way. Knights are actual warriors, bonded to behave in particular manners as part of the realm, essentially forcing them to self-police.

With the need for knighting to be able to happen at any time and any place, any knight can bestow the honor on another. And as Tormund rightly points out, it’s (expletive) crap that no one has seen fit to do so to Brienne just because of some idiot tradition. Jaime is right there, and with the coming battle, it’s time to right this wrong that she cannot be called "Ser Brienne" just because of her sex. 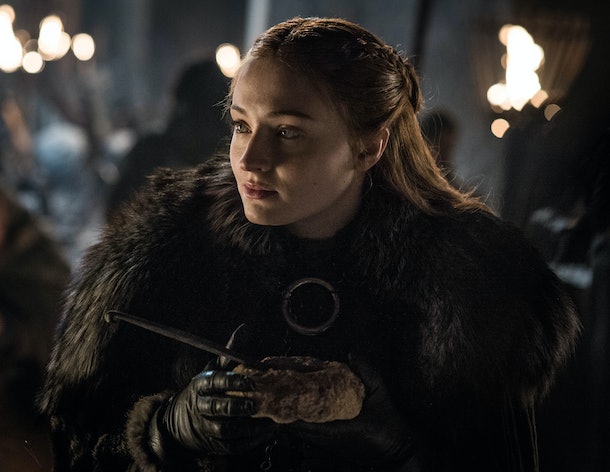 It should be noted that in the A Song of Ice and Fire series, two knighting ceremonies are shown, a formal and a less formal. Jaime opts for the formalized wording, as befitting someone of Brienne’s stature.

Honestly, hearing that list read out only drives home that Brienne has already followed this code. She’s always been a knight, whether recognized or not. It was just right Jaime spent what could be their last night together righting this wrong.