James Gandolfini once threatened to beat up Harvey Weinstein

Somoza was 51 when she died at her mother Candace’s home — the same age at which the star of “The Sopranos” suffered a fatal heart attack in 2013, The Sun reported.

“Her mother found her — it was horrible, a terrible accident,” Somoza’s astrologist pal Zoe Moon told the news outlet about the tragic death on July 5, 2020.

Gandolfini met Somoza in 2000 when she was an assistant to the director on the set of his film, “The Mexican.”

They got engaged in 2003 but broke it off in 2005 after Somoza moved away to care for her grandmother, who was suffering from Alzheimer’s disease.

At the time of his death, Gandolfini was married to former model Deborah Lin for four years. 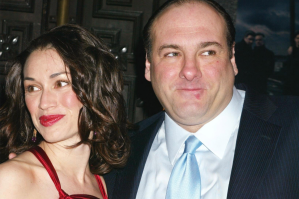 “What happened to her relationship with James was such a sad thing because they were both so in love with each other,” said Moon, who collaborated on podcasts and radio shows with her late friend.

She said the couple was “madly, insanely in love.”

“What they wanted going forward as a team was not the same thing, that’s really what broke them up,” she told The Sun. “Lora was ready to have kids and James was not, so they made an intellectual decision to part ways.” 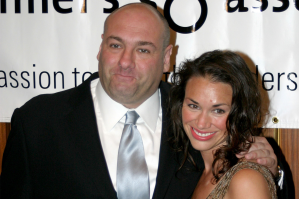 “They both had a very short life after they broke up so I wish they could have found a way to stay together,” she said. “As wild as she seemed on the outside, I think Lora was very grounding for James.”

After her break-up with Gandolfini, Somoza became a sex therapist, columnist and launched the podcast “Between the Sheets with Lora Somoza.”

Shortly before her death, The Sun reported, she posted a photo of herself with Gandolfini and wrote: “It’s been 7 years. You will always be loved and missed. #love #missyou #rip.”

Her dad, 73-year-old Thomas Somoza, wrote in an online eulogy, “From the moment I found out that Lora had died, I was so stunned that I was almost emotionless for the first several hours.

“Ever since, I have cried multiple times every single day and I know this is not going to stop any time soon,” he wrote, the outlet said. “I loved my daughter with all my heart and she was the most precious thing in the world to me.”