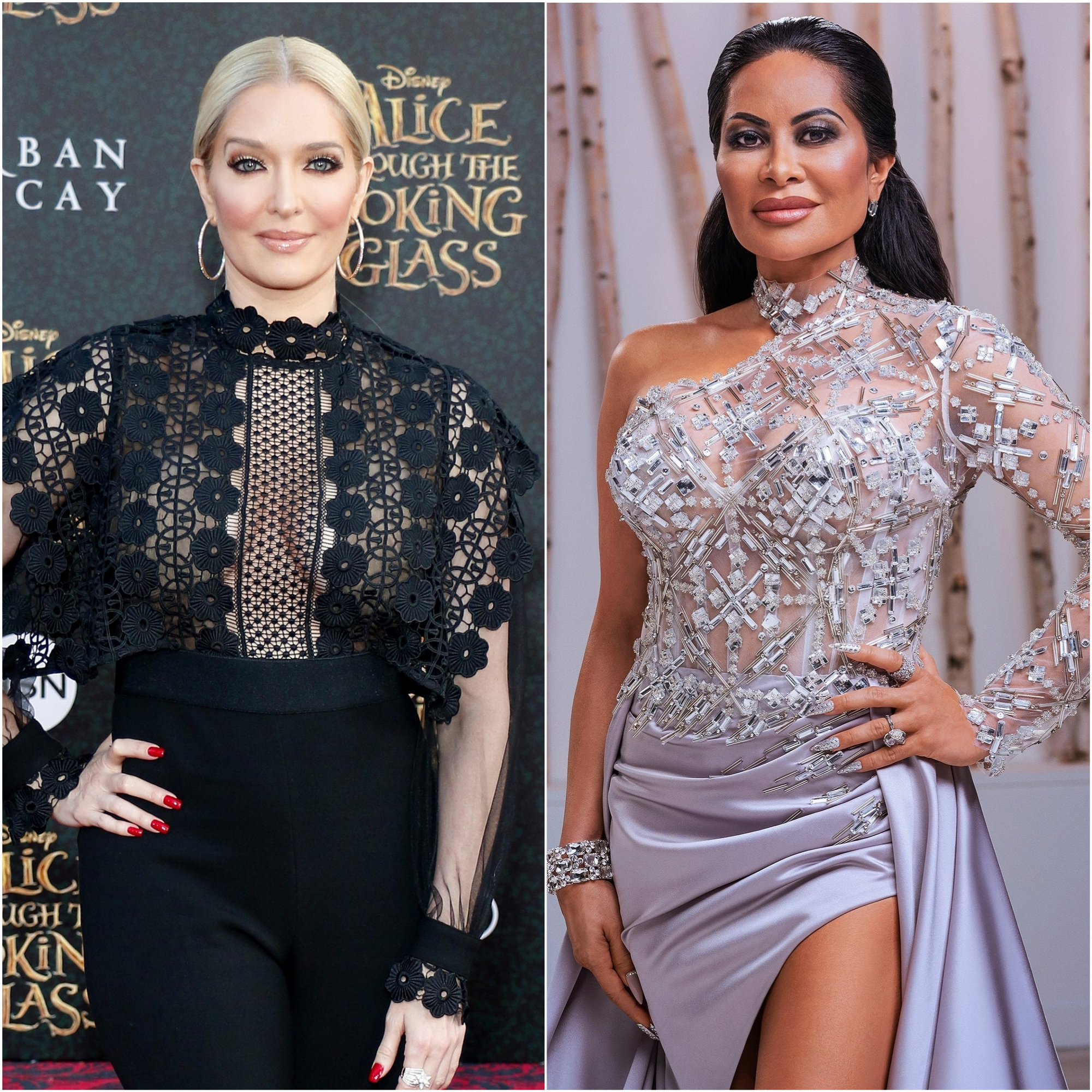 Deleted. Jen Shah took down an attention-grabbing meme about her and Erika Jayne‘s legal troubles.

Jen Shah Arrested: 5 Things to Know About the ‘RHOSLC’ Star

The Real Housewives of Salt Lake City star, 47, shared a meme on Thursday, September 3, via her Instagram Story that showed Erika, 50, crying with the quote, “Look at me. Look at my f–king life!”

Underneath, Shah was pictured holding a martini next to the text, “BRB, hold my drink…”

The image shared, shared by Page Six, will was quickly deleted.

Shah and her assistant Stuart Smith were indicted in March for their alleged roles in a telemarketing scheme that defrauded hundreds of victims, many who were over age 55. Shah and Smith were charged with conspiracy to commit wire fraud in connection with telemarketing and conspiracy to commit money laundering charges. They each face a maximum sentence of 30 years for the wire fraud charges and an additional 20 years for the money laundering charges.

Shah pleaded not guilty at her April arraignment. In June, the Bravolebrity filed a motion to dismiss the indictment against her on the basis of “legal and factual insufficiency” and suppression of evidence, Us Weekly confirmed at the time. Her trial is set to start March 7.

The reality TV newbie, who entered the limelight when RHOSLC premiered in November 2020, has not publicly addressed the charges against her.

Meanwhile, one month after Erika filed for divorce from Tom Girardi, 82, in November, the duo was accused of stealing settlement funds intended for the families of victims killed in a 2018 plane crash. Tom’s law firm, Girardi Keese, has since been accused of allegedly giving Erika’s company, EJ Global LLC, more than $25 million in funds meant for crash victims.

The “XXPEN$IVE” singer maintains that she didn’t know anything about her estranged husband’s alleged embezzlement. “I kept asking. And I was continuously shut out. I [pleaded], I begged, I tried. I pushed as hard as I could until I couldn’t push anymore,” Erika said during the July 14 episode of RHOBH.

Mention It All! Real Housewives’ Legal Troubles Through the Years

The Broadway star has not been charged with anything, but a judge ruled in July that individuals can file collections lawsuits against her.

While Erika’s legal drama has been playing out on The Real Housewives of Beverly Hills each week, Shah’s woes haven’t gotten air time yet. That will change when the second season of The Real Housewives of Salt Lake City premieres on Sunday, September 12. Filming was underway when Shah was initially arrested.