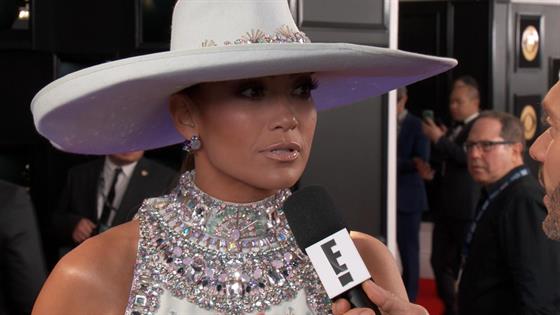 Everyone can go home now, because Jennifer Lopez shut the red carpet down with her fiery ensemble.

Okay, so maybe we’re being a tad bit dramatic. However, in our defense, it’s hard to not be over-the-top when the “Dinero” singer brought the heat to the 2019 Grammy Awards.

Everyone from Cardi B to Miley Cyrus to Dolly Parton has brought their A-game on the red carpet. In fact, more men took fashion risks this year, opting for colorful, embroidered and even bedazzled suits.

But no one shuts down a red carpet quite like J.Lo. Her 2000 Versace dress is the reason the internet has a Google image search.

The 49-year-old star stepped in front of flashing lights wearing an off-white gown with rhinestone and gold-chain details. Like her early Grammys outfit days, the “El Anillo” singer accessorized with an off-white cowboy hat, which featured the same gold chains as her dress.

Since all eyes were going to be on her sizzling Ralph and Russo gown, she kept the rest of her beauty look to a minimum.

Her makeup was simple, yet striking as she wore her signature smoky eye, bronzer and nude lips. As for her hair? She opted for a low pony with extra long extensions.

The singer walked the red carpet with her man Alex Rodriguez. His suit was far from basic, as his blazer featured a colorful print. 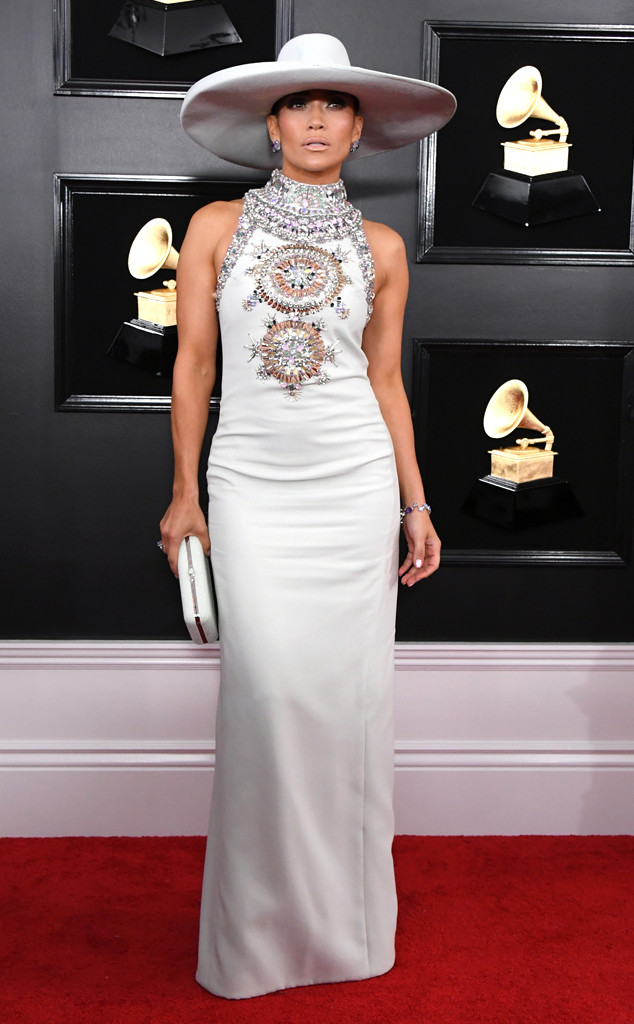 This isn’t the last we’ll see of J.Lo. She is performing a tribute to Motown at the Grammys.

Aside from the OMG red carpet fashion moments, this year’s Grammy Awards are going to be one to remember.

Best of all? Music legend Dolly Parton is being honored at the Grammys. Kacey Musgraves, Katy Perry, Maren Morris and Little Big Town will all pay tribute to the country queen.